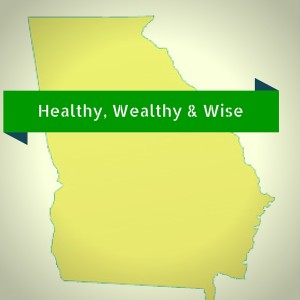 Start with wealth, the abiding concern since the big bust of 2008-2009. A recent AJC analysis of several poverty-related statistics gives reason for optimism, with the best indicators since the recession. The poverty rate has dropped modestly, there are fewer Georgians on food stamps and more poor people have jobs.

It’s like the old blues line, “been down so long it looks like up to me.” One sign of the heavy impact the last recession had on the state is the relatively sluggish speed with which it has bounced back.

Forecasts for the coming year are for more of the same. The Georgia Economic Outlook report,  released last week by the University of Georgia Terry School of Business, predicts Georgia’s economic growth will outpace the nation, but the rate of job growth will slow. And according to Georgia State University’s Economic Forecasting Center,  Savannah, not Atlanta, will be adding jobs at the fastest rate, with construction on the Port of Savannah and hotel expansion.

“Wise.” There are a few ways to judge that, but the most measured by far is public education. Unhappy with the old Criterion-Referenced Competency Test (CRCT), school officials last spring began administering the new Georgia Milestones test,  with disappointing but expected results. Across the board, the failure rate for the new test was higher than the old test. (A dumb question, which shows that I’m not an education reporter: Why did it take until November to release the scores from a test that was given last spring?)

By one measure, things have gotten better in education. The Center on Budget and Policy Priorities released a report  last week saying the state made the fourth largest proportional cuts to education from 2008 to 2014. But Georgia has put proportionately more money back into education this year than any of the other 46 states surveyed. It will take time for those new dollars to make a difference, but at least it’s a step in the right direction. Some will argue that spending more on schools hasn’t guaranteed progress, but the cuts enacted after the recession were deep enough to guarantee decline.

So we’re a little wealthier; not much, if at all, wiser, and the worst news regards our health. In the Commonwealth Fund’s annual ranking of health care systems, released last week,  Georgia sank from 45th in the nation to 46th. Only Louisiana, Arkansas, Oklahoma and Mississippi scored lower.

The areas where the state showed any improvement in its health care appear to be largely due to the impact of the Affordable Care Act. And in one important ranking, the state scored dead last. Adults are more likely to go without health care because they can’t afford it in Georgia than in any other state in the country.

These aren’t unrelated matters, although they are measured in different ways. The school tests scores show the biggest problems are in the poorest districts. Access to health care is a fundamental part of economic development, and a student’s health obviously affects test scores. Under Gov. Nathan Deal, the state has worked energetically to bring new jobs to the state, and the restoration of some of the cuts made to education represent a good start.

But health care emerges from this raft of reports as the state’s biggest problem, the biggest impediment to overall progress. By coincidence it’s also the only one of these three areas in which a substantial amount of money is standing at the ready to be spent on the problem, in the form of the federal Medicaid expansion. How long can Georgia afford such a contradiction?