Calling out the enablers of Malheur and Flint 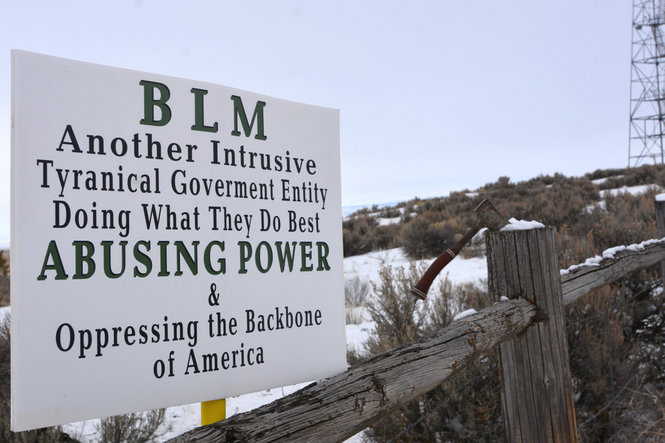 Photo By Mark Graves | The Oregonian/OregonLive

In her 86 years, the author Ursula K. Le Guin has produced an extraordinary body of work, encompassing science fiction and fantasy, juvenile fiction, short stories, essays and poems — even her own translation of the “Tao Te Ching.”

But in this new year her most notable work has been a letter to the editor in the Portland Oregonian, protesting a headline over a story about the occupation by armed anti-government militants of the Malheur National Wildlife Refuge.

“The Oregonian’s A1 headline on Sunday, Jan. 17, ‘Effort to free federal lands,’ is inaccurate and irresponsible. The article that follows it is a mere mouthpiece for the scofflaws illegally occupying public buildings and land, repeating their lies and distortions of history and law,” she wrote.

Le Guin goes on to write about Ammon Bundy and his “bullyboys,” commenting that they “aren’t trying to free federal lands, but to hold them hostage.” (The letter is worth reading in full.) But a lot of people have condemned Bundy and his followers. They’ve been the object of national derision. When they put out an appeal for supporters to send them “snacks,” they got packages of sex toys instead.

What matters about Le Guin’s letter is that she identifies, in a particular instance, the unwitting complicity of so many who wouldn’t come within miles of the Malheur whackos. Perhaps the headline was merely a case of sloppiness, but it feeds the narrative that government of any sort is inherently bad, and that the loudest, shrillest voices get to say what “freedom” is.

Consider the reaction to Michigan Gov. Rick Snyder’s State of the State speech last week, which was praised in the media as “transparent,” sincere, and a full acknowledgement of responsibility for the crisis caused by lead contamination of the water supply in Flint, Mich.

Snyder did apologize and take personal responsibility, but listen to how he put it: “No citizen of this great state should endure this kind of catastrophe. Government failed you: federal, state and local leaders by breaking the trust you placed in us. I am sorry most of all that I let you down.” Later, in words that could have come from the former corporate executive’s first campaign for governor, Snyder described the mess as “a huge bureaucratic problem. And it’s part of the problem with the culture in government.”

By speaking broadly of a “culture,” and of “Government” in the abstract, the governor was freed from dwelling on the EPA administrator too cowed to do her job, or the dismissive aides eager to pass the buck, or the local officials whose incompetence and/or corruption set the stage for this catastrophe. Each in their own way, all these people embodied the dangers not of too much government, but of too little of it.

Nor did he have to engage in much soul-searching about whether the ideas he brought to public service had anything to do with his acknowledged failure. You don’t have to sort out the culprits or question your own beliefs when you can blame it all on a concept.

It’s particularly important to call out the slow-sliding ways in which these attitudes are being formed because they become a self-fulfilling prophecy.

A generation or so it ago it was not uncommon for parents to advise their children that they could make a good living and be respected in their community by going into government service. Unless I’m badly mistaken, this is much less common now. The inevitable result is likely to be governments comprised of the less dedicated, less talented and less honest.

You can see the impact these attitudes have had already by googling “Obama” and “Malheur.”You won’t find much besides Oregon Gov. Kate Brown’s letter pleading with the president to do something about the standoff. Mindful of the backlash from Waco and Ruby Ridge, federal authorities have been slow to act at Malheur, and a president who comments on so much has been been noticeably silent about this.

There’s been speculation that this official passivity is based on the idea that given enough rope, the militants will hang themselves. Like the protesters who surrounded Bundy’s father, Cliven, two years ago, the Malheur “yeehawdists” have, indeed, done a very effective job of making fools of themselves.

But the citizens who live near the refuge and those who go there to use it in the way it was intended are growing more impatient by the day. It is coming time for government, in the form of those who uphold it, to clear its throat.

Previous Article
Cancer reflections: Part 2: Let’s remove any remaining stigma
Next Article
On the Fence About Purchasing a Home – Now What?