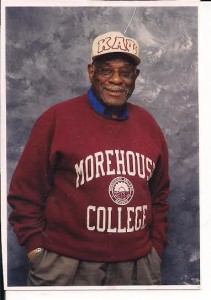 Editor’s note: Morehouse College officials disputed the tone of the original column and some information it contained. This column has been updated to correct any factual inaccuracies. SaportaReport intends to publish a guest column from a Morehouse official in the near future.

Joseph Arrington has never been a politician, although his brother Marvin Arrington is a former Atlanta City Council president and mayoral candidate, and his nephew, Marvin Jr., is a current Fulton County commissioner. Now, however, at age 78, Joe Arrington is in a hotly contested campaign to be elected president of the Morehouse College National Alumni Association.

It is a position that could prove to be significant in any upcoming discussion of the future of John S. Wilson as president of Morehouse College. Morehouse’s alumni organization raises funds for the college and has a seat on the school’s Board of Trustees.

“There is a big rift between the Alumni Association and the administration at the current time,” Arrington reveals. “I understand that people are very upset with our present president and what’s going on with him. Hopefully that will be corrected. If the president needs to go, that’s what we have to do.”

Wilson is now serving a year-long contract extension of his original three-year deal to captain the highly regarded, 149-year-old historically black college for men, which has a long held tradition and mystique of producing a unique breed of proud “Morehouse Men.” His future at the college is to be decided this fall by the Board of Trustees, which includes such notables as Ambassador Andrew Young, contractor C.D. Moody and the revered Billye Aaron.

“This is may be the most important Alumni Association election I have seen because of all the dynamics since I graduated in ’78,” opines Calvin Vismale, a self-described Morehouse loyalist and registered municipal adviser who says he was baptized in theoretical finance there. “The alumni seat on the trustee board will have a crucial influence on the college leadership.”

Historically black colleges or universities, or HBCUs, are among the country’s higher educational institutions facing financial hardships. HBCUs have become a Democratic presidential campaign issue, with both Sec. Hillary Clinton and Sen. Bernie Sanders pledging programs to save them. 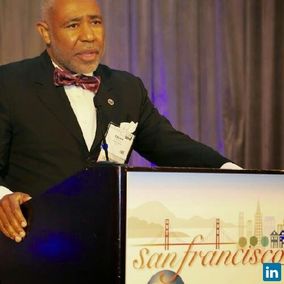 “HBCUs are an endangered species,” laments Vismale. “Our institutions are woefully under-endowed.

“The expectations placed on Dr. Wilson – or self-imposed – have been challenging to move the needle,” Vismale said. “Morehouse can survive but is struggling to be properly endowed and to optimize our brand.”

Arrington is worried that Morehouse is in dire financial straits.

“I am running for President of the Morehouse College National Alumni Association because I am passionate about my alma mater and because historical Black colleges are in crises,” he says.

Black colleges have traditionally been a nurturing, supportive and uplifting educational environment for African American students, many of whom who may have been graduated from sub-par inner city or rural high schools. Black college graduates – such as this reporter, a Hampton University alumnus – often fondly recall and liken their time on campus as akin to a family atmosphere.

“At Georgia State, Georgia Tech or the University of Georgia, you don’t get the Black experience at those schools like what we receive at Morehouse College,” says Arrington. “I finished Booker T. Washington High School here in Atlanta reading on a 9th grade level. I took reading for a whole year before I finished Morehouse. And, I have a law degree from North Carolina Central University and I have a Masters degree in public health from the University of Pittsburgh. HBCUs are our heritage and I am very passionate about keeping them alive and well.”

Some alumni associations are influential entities on college campuses. Arrington says that is far from the case at Morehouse, given the current climate and changing culture.  He contends that the alumni group is nowhere near as important or influential as it could or should be.  He intends to change that.

“The Alumni Association is in real, real bad shape,” says Arrington who has traveled the country for the past several months cajoling and campaigning to win the election that is to be decided this week.