‘Maynard Movie’ seeking funds so that history will not die 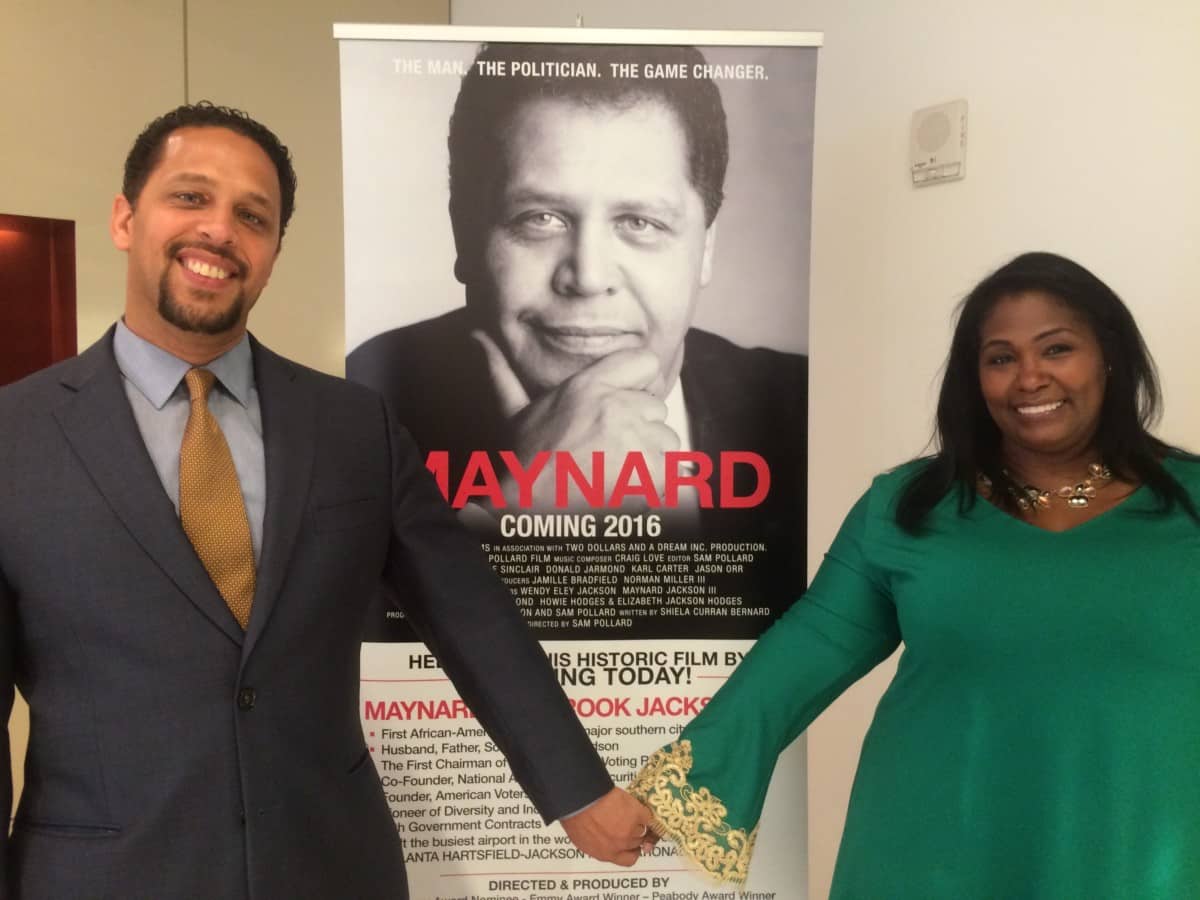 The late Atlanta Mayor Maynard Jackson was the ultimate disruptor.

When he was elected mayor in 1973, he was only 35 years old and the first black mayor in the city’s history.

Given that the lunch counters were already integrated, Jackson set out to make sure that all races could participate in the city’s economy. That meant disrupting the existing way of doing business to invite blacks, women and Latinos to the table.

By changing the status quo, Jackson did alienate some old-line companies that had been doing business with the city for decades.

Les Bond, CEO of Attucks Asset Management firm in Chicago, remembered joining King & Spalding in 1983 as lawyer No. 131 – the first black lawyer with the prestigious Atlanta law firm,  which had done “every bond deal for the city for at least 50 years.” 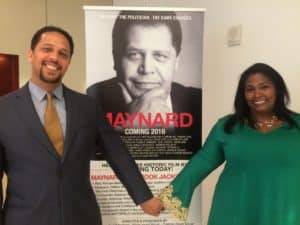 Bond was recently in Atlanta to attend the annual meeting of the National Association of Securities Professionals (NASP), an organization Jackson co-founded in 1985 for minorities and women in the financial industry. Bond is the immediate past chair of NASP.

“He was one of my mentors. I chose my career path based on the path Maynard created in public finance,” Bond said, adding he can still hear the former mayor’s booming deep voice saying: “Brother Bond.”

But today he laments that many young people know little about the man who made sure there were joint ventures to bring people of diversity to the table.

That’s why Jackson’s close friends and family members decided to make a a full-length documentary of his life.

Maynard “Buzzy” Jackson III and his wife, Wendy Eley Jackson, have partnered with veteran film-maker Sam Pollard, who did the the documentary: “August Wilson: the Ground on Which I Stand.”

So far, they have raised $300,000 from mainly family and friends, but they need a total of $1.5 million to complete the project.

Coxe, Curry & Associates fundraising team has decided to help them raise the money for the “Maynard Movie” project.

“When the family came to us, it just felt like the legacy Maynard Jackson left for Atlanta really deserved a high-quality documentary,” said Ann Curry, chair of Coxe, Curry & Associates. “We hope corporations and foundations will give substantive gifts. We want there to be a mix of small individual gifts from black professionals and others. We want the donations to reflect the diversity in Atlanta.”

At a recent NASP reception in Jackson’s honor, several people shared testimonials on how the former mayor had changed their lives – mainly by opening doors where previously African-Americans had been locked out. 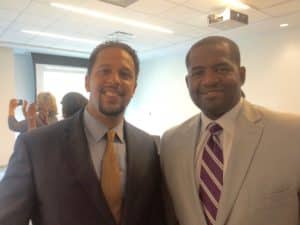 Mitchell remembered when he was student at Morehouse and wanted to invite Jackson to come speak to the pre-law society. He found out that Jackson was working for Chapman & Cutler, a law firm based in Chicago.

“There was no downtown Atlanta law firm that would hire him,” Mitchell said. “He literally was a man without a country. That was incredibly painful for him.”

Then he made a plea for people to raise funds for the documentary as a way to recognize the doors Jackson had helped open for minorities in business.

“We are at a time when some of that is being forgotten,” Mitchell said. “This documentary is not about remembering the past but setting up the future. If we do not remember what Maynard stood for, this will wane, wane, wane to nothing.”

Former Atlanta Mayor Andrew Young was even more pointed. He chastised members of NASP for not having done more to support the documentary up until now.

“This organization is going to have to follow the pattern of Maynard Jackson,” Young said. “You all are here because of the blood and sacrifices of a lot of folks. Don’t you forget the battles we have waged here. Let’s work out the economics, and tell it in a story and sell it to the world.”

DeKalb District Attorney Robert James echoed the theme of the evening when he said: “My business exists literally because of Maynard Jackson.” It was Jackson who insisted that minority representation was needed among the city’s bond counsel.

Monica Ewing, the Chief Municipal Judge for the City of Hapeville, remembered getting her start working for the City of Atlanta’s Attorney Marva Brooks during the Jackson administration. That’s when she gained expertise on entertainment law, and she questioned how many people of younger generations may know the history.

“When we all die, who’s going to tell the story? Judge Ewing asked. “I’ve never forgotten who paved the way.”

Rodney Strong, director of the City of Atlanta’s Office of Contract Compliance, reminded people at the reception that NASP was Jackson’s idea and the first conference was held in Atlanta.

NASP returned to Atlanta in 2003, and Jackson was a keynote speaker on June 20 of that year. He spoke of the “scared Negro disease” – of people who were not willing to stand up for what they believed because they wanted to play it safe.

He talked about combatting “black apathy and white indifference” in America. That plan, he said, “ain’t working right.” And he called for a Free Transit Movement and increased infrastructure investment for a better urban America.

The nation needed “aggressive, intelligent leadership” to continue to work on issues of equity and financial inclusion.

“That’s the mountain we have to climb today,” he said. “Everything depends on leadership.”

It was the last speech he ever gave. The leader who helped change Atlanta and the rest of the country died three days later of a heart attack.

To learn more about the Maynard Movie, please click here.

Previous Article
As more states accept Medicaid expansion, dumping ObamaCare could be harder than dumping Trump
Next Article
‘DePalma’ captures director’s smugness as it reminds of his many bad movies