MARTA going green by trying an electric bus for 30 days 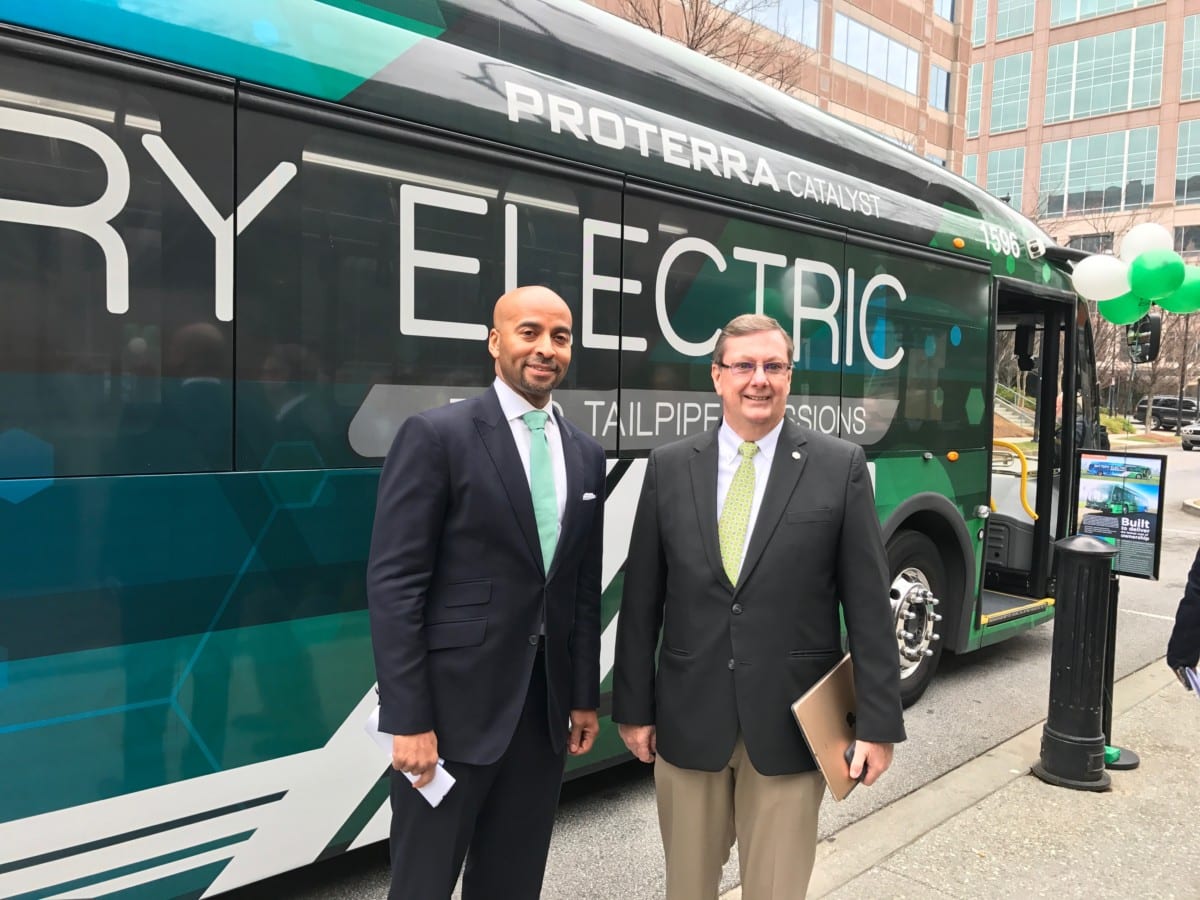 The bus is manufactured Proterra, a Silicon Valley company with its manufacturing base in Greenville, S.C. It has a nominal range of about 60 miles, but it has a “fast charge” capability of 10 minutes or less.

“Right now, this is a demonstration,” said Michael Hennessy, regional sales director for Proterra in Greenville. “We will be here for the next 30 days. We have brought in a portable fast-charger for the demonstration.” 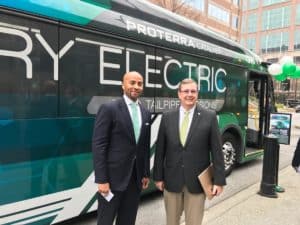 Keith Parker, MARTA’s general manager and CEO, said the transit agency is looking to have a variety of buses in its fleet – from compressed natural gas, diesel, double-decker buses and electric.

“We promised a while back that this would no longer be a one size fits all company,” said Parker, who said MARTA also is planning to add more smaller buses to its fleet. “We are just getting on a new commitment to sustainability.”

The Proterra bus that reporters were able to ride on Friday is more than 40 feet long, seats 50 people and has standing room for another 37.

The batteries are located between the wheel wells. Because it is made from composite materials, it weighs between 3,000 and 4,000 pounds less than a conventional bus, which means less wear and tear on the roads.

Hennessy said the cost of the all-electric bus is about 20 to 30 percent more, but it will save $400,000 and $500,000 in operating costs over its 12 to 15 year lifespan. Electric buses have fewer moving parts, so there is less maintenance costs. The rest of the savings come from having no fuel expenses.

A major appeal for electric buses – especially in urban areas – is that they have zero emissions, Hennessy said. Also, because the battery and the engine are underneath the bus, there is a rear window, a feature few modern buses have.

“It’s more stable than a conventional bus,” Hennessy said because it has most of the weight at the bottom. Also Hennessy said it has a “300 horsepower motor, which allows us to climb hills.” 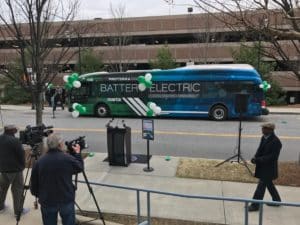 Parker was especially impressed by how quiet the bus was when it was parked next to MARTA’s headquarters with the motor running.

“We are actually taking a new look at what we want the new fleet to be,” Parker said, adding it was likely electric buses would become part of its fleet. He said they would be particularly appropriate to use electric buses on routes that serve college campuses.

The cost of one of Proterra’s electric buses can be as high as $800,000, but Parker said the cost of traditional buses have been increasing, and now they cost about $600,000 apiece.

“Electric buses cost more upfront,” Parker said. “But they have a lot fewer moving parts so they will be cheaper for us to maintain than a typical diesel.”

Parker said most buses have a 12- to 15-year lifespan, and because of the recent vote to increase MARTA’s sales tax by a half penny in the City of Atlanta, the transit agency will be able to continue modernizing its fleet.

Although Parker has had experience with Proterra when he was running the transit agency in San Antonio, he said any procurement of new buses “will be competitive.”

To that Hennessy said that Proterra was one of the first to manufacture electric buses, so it has a great deal of experience.

“Every single manufacturer of buses has an electric bus (as part of its offerings),” Hennessy said. “And that’s good for everybody.” 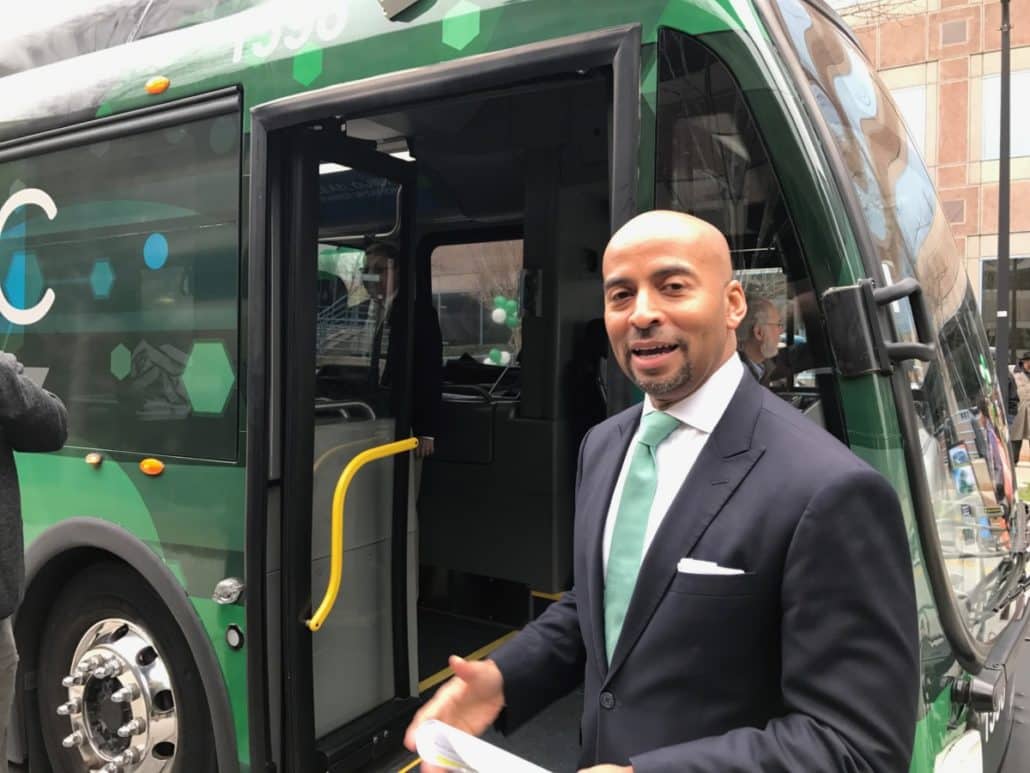 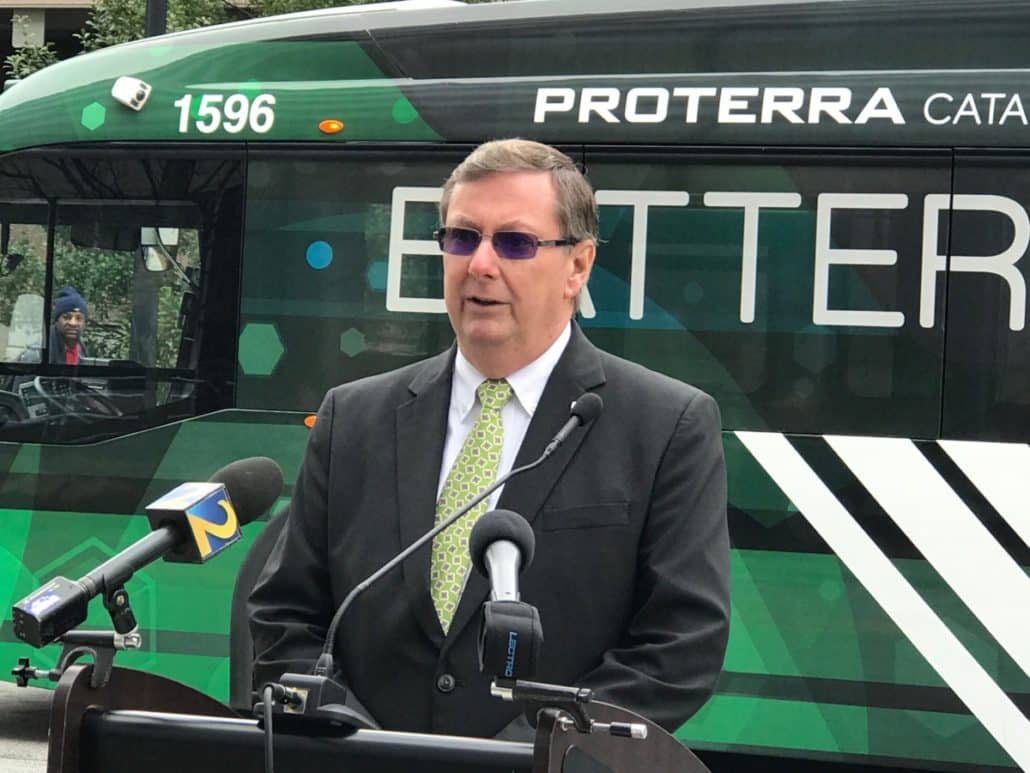