When going back to school meant something different 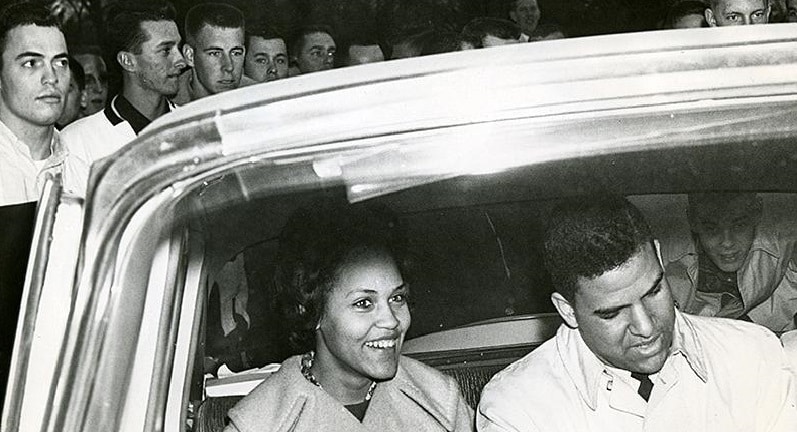 This week, ALLISON HUTTON, of Georgia Humanities, reflects on going back to school — and the period when that meant returning to a school for members of one race only.

If you are a parent, or just someone who loves the scent of “bouquets of freshly sharpened pencils,” the start of the school may have you engrossed in thoughts of routines and obligations: homework, carpools, class schedules. It’s worth remembering, however, that so many of the things we now take for granted — where we go to school, who we sit with, and when we go — were different only a generation or two ago.

It was postwar legislation at the state level and judicial rulings at the national level that helped create the educational system we have today.

In the 1940s, under Governor Herman Talmadge, the Minimum Foundation Program established the nine-month school term in place today. A few years later, in 1951, the Georgia General Assembly passed a 3 percent tax increase to help support public schools. Before Talmadge left office, the Supreme Court of the United States ruled in 1954’s Brown v. Board of Education decision that state laws mandating segregated schools for African American and white students were unconstitutional. Georgia and other southern states resisted the desegregation of schools, even when the court ruled a year later that “southern schools must desegregate ‘with all deliberate speed.’”

Georgia sought to avoid the ruling by passing legislation that required the termination of funding for any public schools that did desegregate. In 1959 a district court judge in Atlanta ruled the city’s segregated public schools were unconstitutional; the judge granted Atlanta a one-year grace period in which to work out a plan for integration. Faced with the decision of closing Georgia’s public schools or integrating them, Governor Ernest Vandiver Jr. established the Sibley Commission to study the situation, charging the commission to seek feedback from Georgia’s citizens. 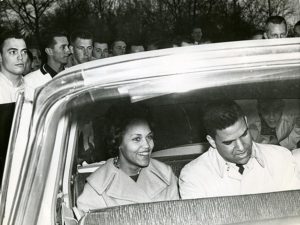 Charlayne Hunter and Hamilton Holmes are pictured here at the end of their first day at the University of Georgia. (Atlanta Journal-Constitution)

Of the Georgians queried, 60 percent favored total segregation to the other option Sibley offered: changing state law to allow for token integration. Despite the findings, Sibley recommended the latter to the governor. Prior to a vote by the General Assembly, a federal judge forced Georgia to act when he ordered the University of Georgia to admit African American students Hamilton Holmes and Charlayne Hunter.

According to the New Georgia Encyclopedia, “Citing state law, Vandiver issued a statement ordering the university closed. The next day, a federal judge reversed the governor’s decision, creating the potential for a showdown between the state and federal governments.”

Vandiver gave in. His unwillingness to engage in a fight with the federal government, however, wasn’t exactly a victory for integrationists. With the repeal of the law that denied funding to integrated public schools, and the adoption of the Sibley Commission’s recommendation, Atlanta’s public schools could begin the process of integration. Progress was, by design, slow. Again, according to the New Georgia Encyclopedia, “By late 1961 four white high schools in Atlanta had allowed black students to enroll, as did schools in Savannah, Athens, and Brunswick in 1963. . . . Only in the early 1970s were segregated public schools fully dismantled across the state.”

As you shake off summer and slip back into the routines of the school year, think of this: only 50 years ago, there was nothing routine in Georgia about going to school with students of a different race.

Previous Article
The going up part…easy
Next Article
Beyond statistics, the economy intersects with the state of our health