As of July 1, Becker became board chair of the Atlanta Regional Council for Higher Education (ARCHE), an organization of 20 colleges and universities in the greater metro area.

Becker succeeds Beheruz Sethna, the president of the University of West Georgia, who has chaired the board for the past two years. Sethna will remain on ARCHE’s executive committee.

The organization also announced its other new officers. Spelman College President Beverly Daniel Tatum will serve as vice chair of the board; and Kennesaw State University President Daniel Papp will serve as its treasurer. 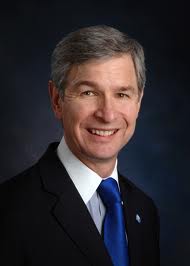 Becker’s chairmanship coincides with a new initiative of ARCHE — to bring together the Atlanta region’s colleges and universities to collaborate on sustainability projects on their campuses and in their communities.

Several of the colleges and universities that are members of ARCHE also are “worldwide leaders in green campus practices” and have incorporated sustainability programs and research in their academic offerings.

“This is an important time to serve as chair of ARCHE,” Becker said in a statement. “I look forward to working with colleagues to see that ARCHE’s evolution continues to track the needs and opportunities for higher education in metro Atlanta.”

ARCHE President Michael Gerber, who has led the organization since 1998, thanked Sethna’s leadership to the organization and said he was looking forward to Becker’s chairmanship “as we implement new initiatives around sustainability and continue ARCHE’s work to raise awareness of the critical role that colleges and universities play in our state’s future.”

The other members of ARCHE’s executive leadership include the following members-at-large: Elizabeth Kiss, president of Agnes Scott College; William Underwood, president of Mercer University; and Paula Wallace, president of the Savannah College of Art and Design, which has a campus in Atlanta.

The goal of ARCHE is to help promote Atlanta as national leader in higher education. The Atlanta region has more than 250,000 college and university students enrolled each year. And the 20-member institutions represent more than $1 billion in research spending annually.