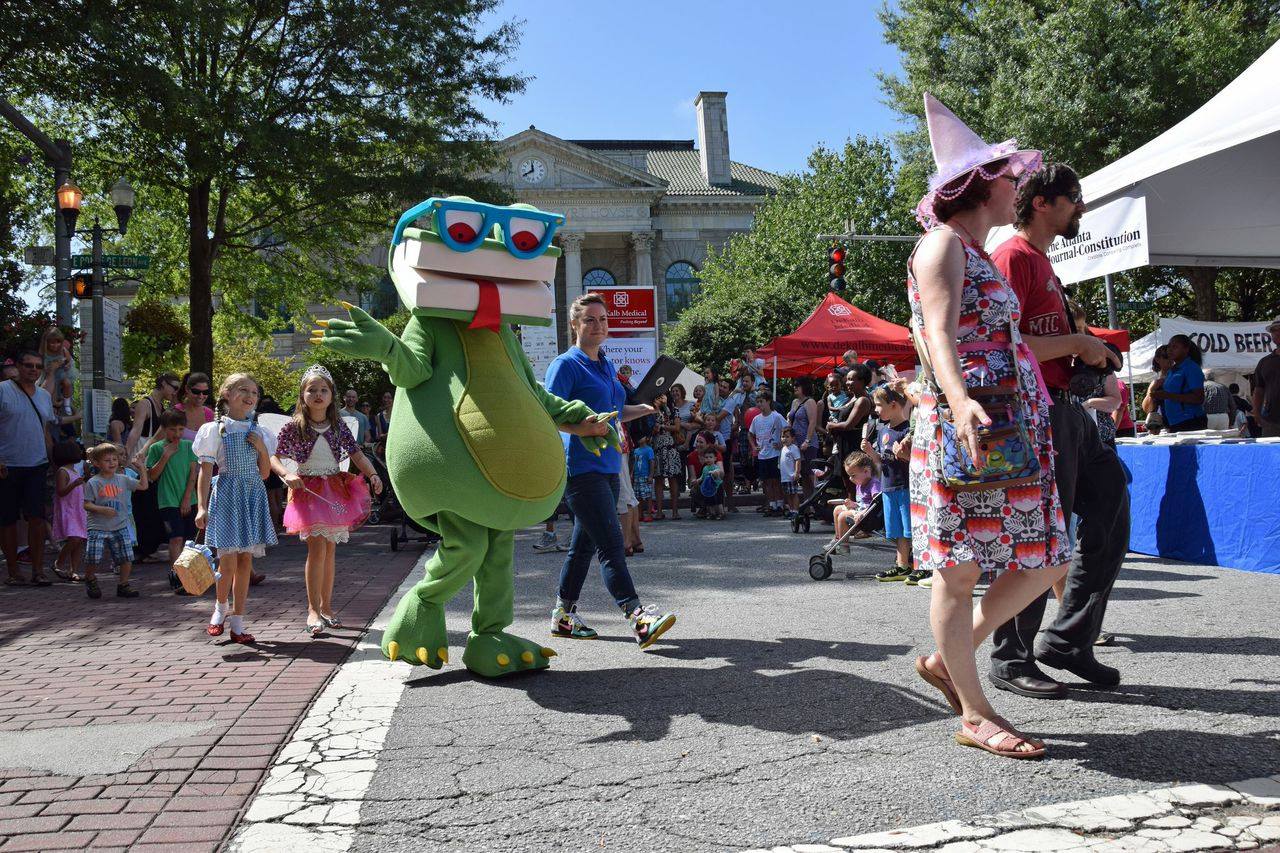 As part of the run-up to this year’s AJC-Decatur Book Festival on Labor Day weekend, we are asking Atlanta to explore new genres, new writers, and new forms altogether. We are asking you to #READdifferent.

Lately, there’s been much talk about sameness in the book business. As happens so often, the issue surfaces in political ways, with the problem being talked about in terms of race and gender. This past summer the New York Times took a lot of flack when it released an astoundingly monochrome recommended reading list. Hindsight and Ta-Nehisi Coates’s breakout hit, Between the World and Me (a memoir about race in America) has made clear exactly how blindered that all-white list was. 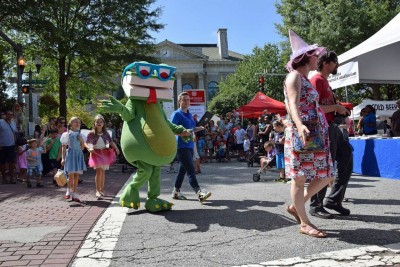 Bookzilla, the mascot of the Decatur Book Festival

The year before, critic and author Joanna Walsh stirred up an international media kerfuffle when she made the simple suggestion that people, and critics in particular, should read more female writers. The #readwomen2014 campaign trended for months.

In the end, though, the problem runs even deeper than gender and race. In many ways we have gotten ourselves into a rut. We read the same writers, listen to the same music, watch the same channels.

The word “browser” used to mean someone who came into a store and wandered around, looking for something that might pique his or her interest.

Browsing means something else now. It’s how we access the web. And despite having access to the sum total of human knowledge, we do not browse. Instead, we narrow our vision. We do it to ourselves, and we allow others to do it for us. Spotify streams what it calculates we want to hear, Google gives us news from the sources it thinks we like, and Amazon offers us books just like the one we just finished.

That is not browsing. That is digging an electronic rut and closing ourselves off from a whole landscape of possibility. It is a habit that makes us more certain of our own beliefs and less tolerant of others. It makes us narrow-minded and contentious, and it makes us as predictable as Google and Amazon say we are. 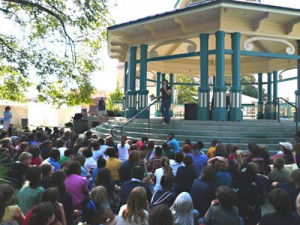 But that’s not our real nature. Instead, we are curious and we are strange and we are unpredictable. We read a civil war history in our living room and go to bed and fall to sleep after picking up the novel about space travel from the bedside table and reading a few pages. In between, we read poems or stop and listen to Garrison Keillor read one to us on the radio. We play Dave Brubeck and then we play the Sex Pistols then we play Schubert. We are more than all the algorithms that Amazon and Apple and Google and Spotify can ever write.

We need to cherish and nurture our unpredictability. We need to be forever extending our range.

We need to vandalize our algorithm.

I’ve been producing the AJC-Decatur Book Festival for ten years now. Over Labor Day weekend 2014, the event drew more than 80,000 attendees to downtown Decatur. There are many ingredients in the festival’s success: an army of volunteers; enduring and growing support from our many sponsors; Decatur and its walkability, fantastic local businesses, and great leadership; and the public’s love of great literature. But the one thing that drives it all is the fantastic mix of talent that descends on our little city each year. This year, we will have more than 600 authors at the festival, a mix of Pulitzer Prize–winning poets and self-pubbed dreamers, New York Times best-selling memoirists, and independent comic book artists, novelists, journalists, and visual and performing artists.

When we first dreamed up the Decatur Book Festival 10 years ago, I envisioned a bunch of novelists, because I love reading novels. And then Diane Capriola, a co-owner of Little Shop of Stories, said we should have children’s authors. I didn’t think of children’s writers, because, in general, I don’t read children’s books. Then the festival’s first program director, Tom Bell, insisted on adding poets. And someone else insisted on a cooking stage. And on and on. 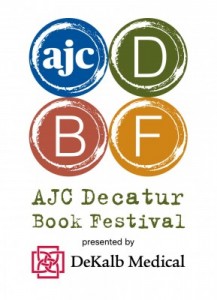 Now, if you come to a Decatur Book Festival programming meeting, there’s someone in the room advocating for just about anything you can imagine. And at the festival, we don’t just have writers, but also dancers and playwrights and sculptors and slam poets and Scrabble champions. In planning for this year’s festival, we’ve had to find the space to squeeze in an aerial rig for a troupe of acrobats, and we’ve had to schedule a time for the fire marshal to leave the cooking stage in order to supervise the fire-breathers. As we were working through these details, Decatur’s police chief asked if we were bringing back the wrestling ring from year four, and seemed genuinely disappointed when I said “no.”

So as we approach Labor Day weekend, I’d ask that you stop using a browser, and instead become a browser. Go to your local independent bookstore or library and go exploring. Avoid your favorite sections and look at what else is there. Ask the bookseller what they are reading now — most likely it’s something everyone will be talking about next month. Or better yet, join me at the AJC-Decatur Book Festival, take in the fire-breathers, acrobats, chefs, and poets, and listen to writers you’ve never heard of. There’s no better place in the world than Decatur on Labor Day weekend to #READdifferent.

Daren Wang is the Founding Executive Director of the AJC-Decatur Book Festival. He has been a public radio producer and commentator. As a writer, he is represented by the Marly Russoff Literary Agency. He lives in Decatur with his wife, Eva Osmerg-Wang.