For Paige Alexander, becoming president and CEO of the Carter Center was a coming home in more ways than one.

“Atlanta is like the bookends of my professional and personal life,” Alexander said in a recent interview in her office at the Carter Center. “It really is the only job I would have come back to Atlanta for because it capitalizes on all the areas I’ve worked on.” 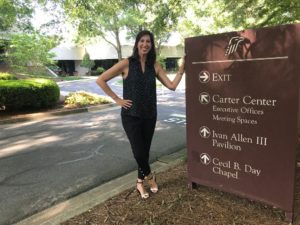 Plus, Alexander said former President Jimmy Carter, 95, and his wife – Rosalynn Carter – have created a Center that “is really the north star for what every president should do after they leave office.”

Alexander is taking the post at an important time for the Center with the Carters stepping back from its day-to-day operations.

“They have pulled back from their role in decision making,” said Jason Carter, a grandson who is continuing the family legacy as chairman of the Carter Center board of trustees. “They have retired. That transition has occurred.”

So, Alexander is coming into “a totally different situation” than that of her predecessor – Ambassador Mary Ann Peters, who became CEO in September 2014.

“It’s moving from a founder-led organization to a founder-inspired organization. The board and the staff are leading the strategic direction of the Center,” Jason Carter said. “My grandparents are glad they got to see how the Center is going to operate without their direct involvement.”

Alexander also is continuing her family legacy. She is the youngest of four children from one of Atlanta’s leading couples – attorney Miles Alexander and political activist Elaine Alexander. After moving to Atlanta permanently in 1958, they became involved with the civil rights movement and helped unite Blacks and Jews in the fight against oppression and segregation.

“My parents were pretty progressive when we were growing up,” said Kent Alexander, the oldest of Paige’s three older brothers who is an attorney and author. He added: “My mom was holding out for a girl.” 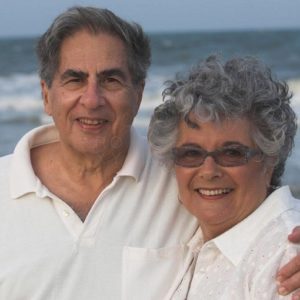 That was confirmed by Elaine Alexander. “She was worth waiting for,” said the proud mom. “Having three older brothers, she developed a need for self-preservation.”

Paige said her parents “provided the base for everything” she has done. She remembered that when Andrew Young, John Lewis and Mayor Maynard Jackson would come to their home, they would sit at the breakfast room table like they were part of the family.

“That’s how I grew up,” she said. “My parents spoiled me, and my brothers knocked me back down to size.”

When Paige Alexander graduated from the Pace Academy in 1984, she went to Tulane University, and during her senior year, she got involved with the Michael Dukakis presidential campaign. It was 1988 – the year Atlanta hosted the Democratic National Convention.

“My mother had gone to high school with Michael Dukakis,” recalled Paige, who came to Atlanta for a few months to prepare for the convention. Her parents had opened up their home to young Dukakis staffers. “We had 15 people living at my parents’ house, and one of them was my now husband. I was 21, and he was 23. He’s probably wondering how he ended up back in Atlanta.”

Steve Grand and Paige Alexander have been living in Amsterdam, where their youngest of three children, Josh, has been playing soccer. They are moving to Atlanta, and he will be entering the 11th grade of the Atlanta International School.

Grand runs a nonprofit that promotes democracy and dialogue for civil society groups – a job Alexander said he can do from Atlanta.

Kent Alexander said the family is ecstatic that Paige and her family are moving back to Atlanta after being away since 1984. 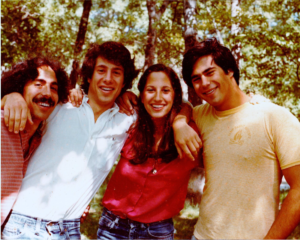 “Paige was driven to do international work,” Kent Alexander said. “The Carter Center is a great fit. She shares the values of the Carter Center – humanitarianism and health.”

He described his sister as “a good kid” who is “down to earth,” and added, “she’s a rock star in everything she does.”

That’s not how she described herself. “I followed my boyfriend, now husband, to Prague, and I couldn’t even spell Czechoslovakia,” Paige said humbly.

Since then she has served with two administrations in Washington, D.C. during two different stints with the U.S. Agency for International Development (from 1993 to 2001 and from 2011 to 2015). For the 10 years in between, she was senior vice president and European founder and president if IREX, an international civil society, democracy and education nonprofit organization. Most recently she’s served as executive director of the European Cooperative for Rural Development in Brussels and Amsterdam, working to bring market-led solutions to marginalized farmers in Africa.

All those experiences dovetail the work the Carter Center has been doing since its founding in 1982.

The Atlanta-based search firm of BoardWalk Consulting identified her as a candidate during a “robust” international search.

“When she was a finalist, I didn’t know Paige had any Atlanta connections at all,” Jason Carter said. “She grew up in a family of Jimmy Carter people.”

During the Carter was presidency, Elaine Alexander took her four children on separate trips to Washington, D.C. When she took Paige, they were able to attend a Carter press conference with Margaret Thatcher in the Rose Garden. The president came over to say hello, and he shook Paige’s hand.

“It was a cold winter day. She held her hand straight out – it was turning blue,” Elaine said remembering Paige telling her: “I’m never going to wash this hand.”

“That was the first time I met him,” said Paige, who was a young teenager at the time. “I felt so grown up.”

After emerging as the preferred finalist, Paige Alexander needed to get the blessing of the founders of the Carter Center. So, on Feb. 11, Jason Carter drove her to his grandparents’ home in Plains. 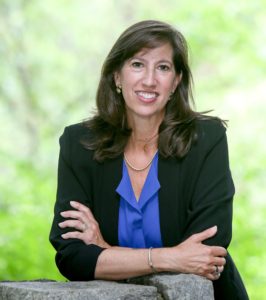 “It was a wonderful thing for her to see who they are – regular people with a great spirit,” Jason said. “Everybody agreed she was the right person.”

Paige was delighted to “spend a whole day” with President Carter. “We had lunch, we talked about Syria, Guyana and some of the latest TV shows,” said Paige, who told Carter the story of when they first met.

As she was saying good-bye, “he pulled me down and kissed me on the cheek.” She then jokingly told the former president: “Now I’ll never wash my cheek.”

“He took what he calls his ‘unintended’ retirement, and he parlayed it into something as important as the Carter Center,” Paige said of the Center’s work to improve global health, reduce poverty and protect democracy by monitoring elections. “Peace and health are two cornerstones that work very closely together.”

Alexander also is acutely aware that she’s returning to Atlanta during a critical time due to the coronavirus and racial unrest. She arrived in Atlanta on June 1, when her brother Kent picked her up at the airport. They drove up Peachtree and witnessed all the broken windows and destruction that occurred the night before when protests turned violent.

“It’s a difficult time to return, but it’s also a perfect time to be speaking about these issues,” Alexander said. “We need to work in some bipartisan fashion to address these issues of racial injustice. We are an international institution in the City of Atlanta. We need to say what’s happening in our backyard. We are not going to shy away from having these conversations.”

“Global health in Atlanta has never been as important, as this current pandemic has shown,” said Alexander, who sees “synergy between health and human rights.” While Covid-19 is dominating the news, she also is concerned about other diseases like malaria and the guinea worm. “We can’t take our eye off that ball. We are close to seeing the eradication of the guinea worm. We can have these discussions with the (Georgia’s) global health alliance.”

Jason Carter also expects the profile of the Carter Center to change with Alexander at the helm.

“One of the aspects of Paige’s leadership will be that the Center will find its own voice,” he said, “rather than just relying on the founders to spread the Carter Center message.”