Perry, chairman and CEO of Atlanta-based The Integral Group LLC, expected to close on the acquisition of the plant from General Motors by Sept. 19, paying close to $60 million. (Update: The closing actually occurred on Sept. 24 when money exchanged hands).

Perry would not release the exact price.

Integral has formed a joint venture with Houston-based Consolidated Asset Management Services, or CAMS, a company known for its work on large redevelopments involving environmental sites.

Integral recently overcame the last stumbling block to the long-anticipated deal. It reached an agreement to enter the GM site into the Environmental Protection Agency’s Brownfield program. The designation removes environmental liability from the site’s future buyers.

Now the focus turns to at least eight months of demolition and the removal of 78,000 tons of scrap metal and other salvageable materials left after the plant closed in 2008.

Another priority: finding a master planner for the project. Integral was interviewing its fifth planning firm earlier this week.

The GM redevelopment has been compared to the repurposing of the former Atlantic Steel plant into the mixed-use project Atlantic Station. 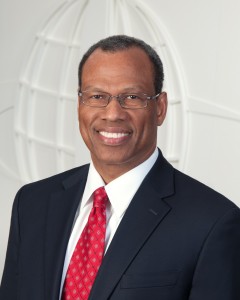 “It is not Atlantic Station,” he said in a Sept. 16 interview with Atlanta Business Chronicle, calling the GM project’s potential as a multimodal development “second to none.”

“We clearly could see the potential value of this site,” said Christopher Martorella, a partner at Integral responsible for overseeing the GM project.

Perry said the redevelopment is important not only for Doraville, but also for Brookhaven, Chamblee, Dunwoody, Norcross and Sandy Springs. “This site,” Perry said, “can help to unify the region in a way no other site does.”

“The GM site at Doraville is at a nexus point for the region with MARTA rail and the interstate,” Hooker said. “It represents an opportunity for people to really think about the region without the boundaries of Gwinnett and DeKalb and Doraville.”

There may be no other redevelopment in metro Atlanta with as many potential uses.

Consider who already looked at it:

The Atlanta Falcons, before owner Arthur Blank decided to build the team’s new stadium downtown; Porsche Cars North America, before it relocated its headquarters to the redevelopment of the Ford Hapeville plant; and BMW, which had looked at putting new operations in Atlanta.

Its possibility as a regional economic development project is intriguing, Perry said. It could appeal to a clean technology manufacturer. Or it could become a massive medical campus. The health-care sector continues to expand and some of the region’s hospitals and health-care facilities are running out of room.

Five miles to the west sits “Pill Hill,” the concentration of hospitals and health-care service providers at Johnson Ferry Road and Georgia 400, including Children’s Healthcare of Atlanta, St. Joseph’s Hospital and Northside Hospital. Eight miles south, the Centers for Disease Control and Prevention is studying how it might expand its campus along Clifton Road.

The site could also lure a corporate relocation, Perry said.

Few sites have more transportation access for the region’s auto or train commuters — something corporations want. The plant stands alongside Interstate 285 and Peachtree Industrial Boulevard. MARTA’s Doraville Station is also next door. DeKalb Peachtree Airport is about two miles away.

For much of this year, technology company NCR Corp. has sought options for a new headquarters across metro Atlanta. It’s currently housed in Duluth, Ga. The redevelopment of the GM plant is a natural consideration for NCR, commercial real estate executives say.

The GM site would also become a catalyst for housing and retail.

MARTA — which is trying to boost its ridership with new mixed-use projects around its stations — has already been in talks with railroad operator Norfolk Southern Corp.

The company has a rail line that separates the Doraville MARTA station from the GM plant. Perry, MARTA and regional planners want to build a pedestrian bridge over those tracks.

Norfolk Southern did not respond to Atlanta Business Chronicle’s request for comment, but MARTA’s Amanda Rhein, who oversees the authority’s office of transit-oriented development and real estate, said Norfolk Southern is “willing to work with us.”

At issue is whether Norfolk Southern will allow access through a lease or property transfer.

If negotiations are successful, the pedestrian bridge would link the Doraville MARTA station to the GM redevelopment, a huge draw for developers seeking to add a rental housing around the site. The bridge would help residents connect by rail to existing job centers in Buckhead, Midtown and downtown and be linked to Hartsfield-Jackson Atlanta International Airport.

The pedestrian bridge “shouldn’t be a big problem to overcome at all,” said Dan Reuter, manager of community development for the Atlanta Regional Commission. “We are going to find a way to connect it, whether it takes public money or not.”

Reuter said the GM plant’s pedestrian bridge also shares some parallels with the 17th Street Bridge. It eventually linked the heart of Midtown with Atlantic Station across the Downtown Connector.

The ARC has seen the potential impact of the GM redevelopment, funding its planning through the livable communities initiative program and supporting studies of the site to determine its eventual zoning.

“We’ve been working on this site, along with Doraville, for a decade, and we will continue to work with them,” Reuter said. “This can become the biggest transit-oriented development site in America.”

Perry first became interested in the GM redevelopment in 2010, just as the Orlando-Fla. based developer New Broad Street put the plant under contract for close to $60 million.

But, it wasn’t a project he loved at first blush.

Stephen Macauley, one of the principals of Integral’s longtime development partner Macauley + Schmit, had to convince Perry to consider it.

“I was really never into the GM site,” Perry said. “Steve kept saying, ‘Let’s go.’ About two weeks before New Broad Street had it under contract, I started to make some inquiries.”

The DeKalb County Board of Commissioners eventually voted to kill the deal with New Broad Street, much to the dismay of its supporters, who cited the potential to create thousands of jobs and pump hundreds of millions in wages back into the economy.

Since then, DeKalb has been thrown into political disarray. The Atlanta Braves, which is building a new ballpark in Cobb County, never seriously considered the GM site because of DeKalb’s political instability, people close to the team have said.

DeKalb’s politics have not hurt the Integral-led project so far, Perry said.

“This is an opportunity for DeKalb to grab on to a major effort that requires a whole lot of collaboration,” Perry said. The project could help DeKalb leadership “rebrand the county,” he added.

The redevelopment is also a huge turning point for Doraville. When the plant shut down six years ago, the city lost 10 percent of its tax revenue and 36 percent of its total employment.

“It was a hard blow to the city when GM closed,” said Doraville Mayor Donna Pittman.

But, she said, the resurgence of investment and jobs that the project should bring isn’t only about the recovery of Doraville.

“It’s about the whole region and all the surrounding cities–Dunwoody, Brookhaven, Chamblee and to some extent Norcross,” she said. “This is such an accomplishment for all of us.”