A Hinge of Modern World History?: The Atlanta Campaign, 1864 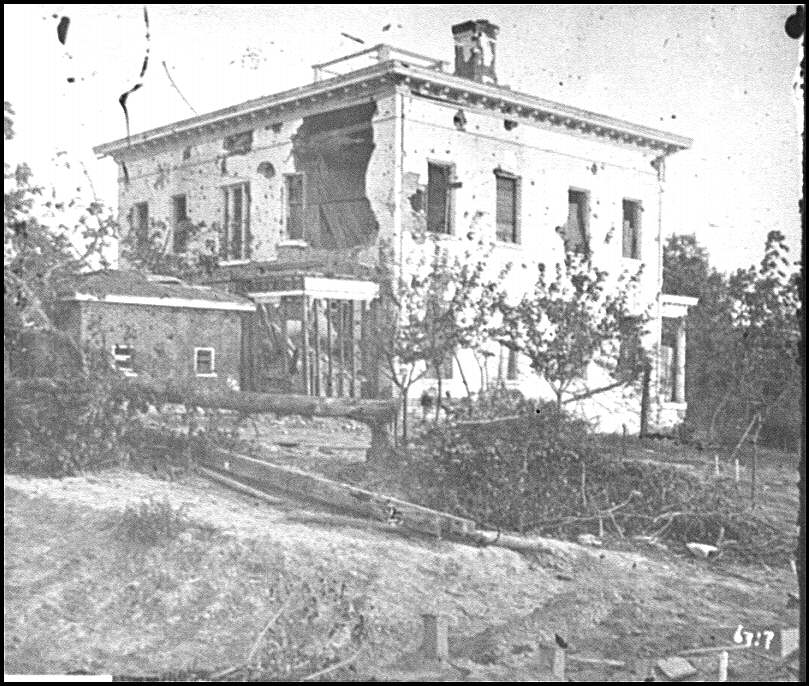 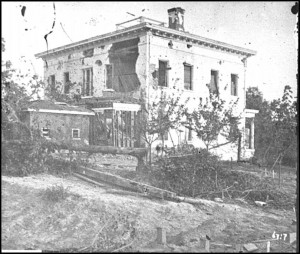 The Ponder House: the Ephraim Ponder House after the Battle of Atlanta in 1864. Before Union troops destroyed it, the house was used by Confederate sharpshooters.

When Sherman began the Atlanta Campaign in the spring of 1864, his goal was to drive deep into the South and, in accordance with Union general Ulysses Grant’s instructions, engage Confederate general Joseph Johnston’s army. Grant’s orders were “to break it up and to get into the interior of the enemy’s country as far as you can, inflicting all the damage you can against their war resources.”

Atlanta was not the immediate objective, though as the campaign proceeded, it evolved into one. According to New Georgia Encyclopedia author Stephen Davis, the city was “a substantial manufacturing and mercantile base” with “four major railroads connecting the city with all points of the South.”

In the meantime, Lincoln’s presidency hung by a thread. The North was war weary, originally expecting that a few battles in 1861 would decide the outcome. No one imagined the human carnage. The South was a staunch and inventive opponent, fighting on its own ground, and led by superior generalship for the most part, making the North’s war effort expensive, deadly, and grindingly slow. A peace movement broke out in the Northern states and spread rapidly through the Union. 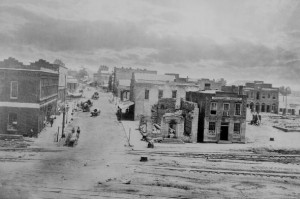 Atlanta in ruins: Atlanta streetscape, showing the damage done by Sherman’s troops during the Battle of Atlanta.

When the Democratic Party convened in Chicago in August 1864, it adopted a plan to sue for peace immediately after the presidential inauguration—if they won, that is. The Democrats nominated one of President Lincoln’s former generals (whom Lincoln had fired), George B. McClellan of New Jersey, as its candidate for the presidency.

McClellan was always popular among his troops during his command, and with a war-hero air that reminded his admirers of Napoleon, seemed like a shoe-in. When the delegates left the convention for home in late August, they had every reason to believe they were destined to win the presidency.

In fact, that summer, Lincoln, already convinced that his “failing presidency” would be his downfall in November, secured a pledge from his cabinet heads to stay on until the bitter end of his presidency, doing everything they could to win the war.

Through July and August 1864, the Atlanta Campaign ground on with skirmishes, assaults, and bombardments. On September 2, Union soldiers entered the city and concluded the campaign as the victor. As Sherman laid plans for his March to the Sea, the Northern press slowly absorbed the full significance of what had occurred. With the fall of Atlanta, many in the North now were saying, the war, at last, had turned. With that uplift of spirit, Lincoln’s reelection was assured, though this was undoubtedly aided by Lincoln’s giving Union field troops an opportunity to vote.

Was Atlanta the key to the collapse of the Confederacy’s house of cards? Northern public opinion believed so. Lincoln defeated McClellan at the polls in November and his re-election ensured the war would continue to the end. A complete reversal in Lincoln’s fortune had taken place. 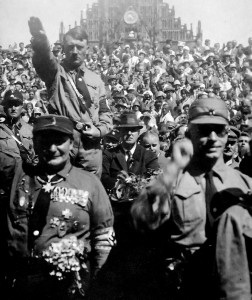 Adolph Hitler, in 1928. If the Civil War had turned out differently, would a divided USA have produced a military power strong enough to stop him?

What if there had been no Atlanta Campaign in ’64? Or if storms or other chance interventions had delayed Sherman’s arrival in the Atlanta environs a few more weeks? Lincoln might have gone down a failed president, and the South might have held out until the March inauguration, after which peace talks could begin.

Two nations—the CSA and the USA—was certainly a possible outcome. Slavery could have continued in the South into the early twentieth century. The industrialization of the North that took off with extraordinary results after the war would have been stalled, for lack of resources, with a Southern stalemate. A newly divided USA would not have become the world’s greatest industrial power in the twentieth century, meaning the outcome of both twentieth-century world wars could have been different. Would Nazi Germany and Imperial Japan have ruled the twentieth century?

The lore of the Battle of Atlanta revolves around Sherman’s destructive March to the Sea campaign, leaving in its wake chaos and, of course, a city that was now “gone with the wind.” In retrospect, we can see, the stakes may have been higher. It is not inconceivable that the Atlanta Campaign and its outcome became one of the hinges of modern world history.