A MARTA story: Why the state never contributed funding – from day one

Background information for readers: MARTA was formed by an act of the Georgia General Assembly in 1965 and was originally proposed as a rapid transit agency for the Atlanta metropolitan area – DeKalb, Fulton, Clayton, Gwinnett, and Cobb counties.  That year, Clayton, DeKalb, Fulton, Gwinnett and the City of Atlanta passed a referendum authorizing participation in the system. The referendum failed in Cobb.

It was November, 1970. Huie and Harland was serving as general counsel to the Metropolitan Atlanta Rapid Transit Authority (MARTA), and I was the responsible partner. We had just reached a very delicate local compromise on how to finance the MARTA transit system.

After a 1968 referendum based on property tax financing failed, planners had identified three other potential tax sources that would produce sufficient revenues to meet the system’s needs: an income tax, a payroll tax or a sales tax. 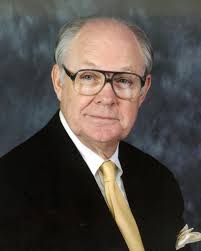 Accompanied by either one or two members of the MARTA staff, I had met with virtually all of our local elected officials with the hope that we could find a consensus on one of these sources of revenue.

We quickly found that we could never get a payroll tax through the Georgia General Assembly. Members of the legislature from outlying counties would block a payroll tax on their constituents who worked in Atlanta.

We convened a meeting with a good turnout of elected officials to discuss the impasse. But after several hours of debate, we were no closer to a resolution. Then Mayor Massell took the floor and said he had to leave, but he added he would support the sales tax if the fare were free.

On that note the meeting adjourned. As counsel for MARTA, we realized that the constitutional amendment enabling MARTA provided that “the public transportation of passengers… for hire is a public purpose….” and we did not think  a transportation system with a free fare would fit within that definition.

A few days later the MARTA board met to determine the next step. During that meeting Mitchell Bishop, a Fulton County appointee to the board, calculated that we could drop the existing 45-cent fare on the Atlanta Transit System [which would be acquired by MARTA following a successful referendum] to 15 cents if we increased the ½ cent sales tax to a ¾ cent sales tax and used the additional ¼ cent to subsidize the fare.

Bishop’s insight proved prophetic. Mayor Massell agreed to this proposal and we quickly gained a consensus. MARTA supporters drafted legislation that provided for a ¾ cent sales tax, contingent on approval by referendum in Fulton and DeKalb counties.

We in the MARTA family were in good spirits as we readied our legislation for the General Assembly session in January. I took a weekend off when Mitchell Bishop invited Hank Stewart, then MARTA general manager, and me to go quail hunting with him.

When we arrived at the lodge in middle Georgia, I was informed that Gov.-elect Jimmy Carter was trying to reach me. I returned his call, and after apologizing for disturbing me on a weekend, he told me he was working on the state budget and had some problems with our MARTA plan.

Gov. Carter proceeded to tell me that it was his understanding that MARTA was expecting the state to participate in the funding at $25 million a year, and it was his position that the state could not afford it. While I was trying to process this development and ruing our apparent failure to keep the gubernatorial candidates apprised of our plan, Carter proceeded to say that collection of a ¾ cent sales tax would present problems to the Georgia Department of Revenue, which was to collect the tax.

He asked how we would be if the tax went to 1 percent, and we gave up state appropriations. I knew the numbers, and I told him we would be better off – the additional sales tax would produce more than $25 million a year, and we could sell more bonds based the added revenue.

I also told the governor that we had worked out a very delicate political compromise in the Atlanta region, and I did not know how we could change it. The governor then said one more thing to me, words I will never forget. “Well, Stell, I want you to know that I will support you if these changes are made, but this is not to be my idea. Do you understand what I am saying to you?”

Of course I knew what he meant – his participation was to be kept confidential. I also knew that his proposals would be better for MARTA and that his help in the legislature would be critical – particularly in dealing with then Lt. Gov. Lester Maddox who had preceded Carter as governor.  During his tenure as governor, Maddox had vetoed three MARTA bills; now he would be the presiding officer in the Senate.

I did not tell Mitchell Bishop or Hank Stewart the full extent of the governor’s position. I told them he just wanted to ask some questions about our plans. Over the next few days I wrestled with the conflict between my ethical obligation to my client and the governor’s admonition not to reveal his participation. Realizing that if I conveyed this information to the MARTA board, it would become public.

I decided to take only two people into my confidence; otherwise I would tell no one. That is, until now. [I have recently received permission from former President Carter to tell this part of the story.]

State Representatives Mike Egan and John Greer had agreed to co-sponsor the MARTA legislation in the General Assembly. In confidence, I told them what had happened. They agreed that Gov. Carter’s assistance in the Senate would be essential, and they shared my concern about how we could meet his conditions.

We finally agreed that the Bill should be introduced as drawn, reflecting the local compromise. Once introduced it was referred to the House Ways and Means Committee. My recollection is that both of our sponsors served on that committee. When the Bill was reported out of the committee with a “do pass” recommendation, the tax rate had been increased to 1 percent with a stipulation added that no state appropriations would be made to MARTA.

The Bill passed the House and was sent to the Senate where Maddox referred it to a committee with instructions not to report it out. True to his word, Gov. Carter had his Senate Floor Leader, Al Holloway from Albany, take over the handling of the Bill. Somehow they got the Bill out of committee and it passed the Senate.

The governor signed it into law, which set the stage for a November 1971 referendum to approve the plan. The MARTA referendum was defeated in Clayton and Gwinnett, but it passed narrowly in Fulton County and handily in DeKalb.

MARTA acquired the Atlanta Transit System and reduced the fare to 15 cents, and that fare lasted for seven years. Now a single fare costs $2.50. More than 40 years after the original MARTA referendum passed, there are still only two counties that support the transit system financially – Fulton and DeKalb.

And to this day, the State of Georgia has yet to make any contribution to MARTA – the only major mass transit system in the country that does not receive state support.