Commissioner Jeff Rader, at the head of the table, chairing a meeting.

Known in archaic twentieth-century parlance as the unabridged Encyclopedia Britannica on two legs, Jeff Rader will conclude his tenure as a DeKalb County Commissioner at the end of this year, after sixteen years of public service.

Rader first won election in the highly engaged district in 2006 and was returned to office for three more terms without opposition. I’m confident the district would have re-elected him again had he been willing to continue service. Instead, Rader starts 2023 with plans for Act III.

Rader’s primary constituents were residents of District 2, which includes highly involved locales such as Decatur, Emory, Fernbank, Candler Park, Brookhaven and Oak Grove. But his advocacy for citizen-focused, honest, transparent and effective government has been felt throughout DeKalb and across the metro area.

As a result of his leadership, DeKalb County has gained more parkland and pathways; implemented smarter infrastructure and transportation solutions; developed nationally recognized animal services; benefited from stronger financial oversight; fostered durable economic development systems; and employed big picture, comprehensive land-use practices. Of course, Rader hasn’t worked alone in these efforts; he’d be the first to acknowledge the efforts of his constituents, staff, and commission colleagues, as well as other officials such as the DeKalb CEO and the county’s delegation to the General Assembly. At the same time, his clear-eyed vision and his commitment to well-thought-out actions have made a singular difference. 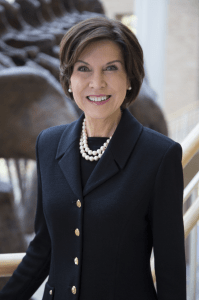 In addition to his deep knowledge of a remarkably broad range of topics, Rader has brought a keen sense of the public good to his efforts, a perspective especially notable in today’s popular tendency to reflexively fault the notion of a public good. He’s known for resisting easy wins and for digging deep for long-term solutions. He holds high standards of service for himself and has channeled countless citizens into valuable volunteer service to DeKalb County.

Some have found fault in Rader’s approach. Why, they would wonder, is he so disinclined to engage in traditional political horse trading? Why can’t he just turn a blind eye – in the interest of expediency – when he confronted betrayals of the public trust or some other form of mischief?

The answer is that wouldn’t have been Jeff Rader. And DeKalb is a better place because he stayed true to himself.

Rader’s breadth of knowledge and capacity to juggle wide-ranging interests allowed him to put a major mark on a range of enduring and meaningful projects, programs, and systems.

Many would cite parks, pathways and walkable communities as first among his many accomplishments. His commission district is the most densely populated district of DeKalb County. When he first entered office, however, it had the lowest acreage per capita of parks and green space. Today, much ground has been gained with major acquisitions of public parkland and improvements to those assets. He’s leveraged public money with private and charitable funds, building on relationships with organizations such as Friends of DeKalb Parks and Park Pride to advance greenspace initiatives tremendously.

A recent example of Rader’s focus on strongly held planning, equity and stakeholder values was his advocacy for public improvements and trail connectivity during the 2022 North Dekalb Mall site rezoning effort which had fallen through previously due to an earlier developer’s failure to deliver on the public aspects of that plan. Now the 75-acre mall site is set to become a model mixed-use project featuring affordable housing, significant park space, a walkable design, and a creative Tax Allocation District designed to fund over $20 million in pedestrian safety and connectivity projects linking the Mall site to Emory and the entire region.

Others might point to Rader’s unrelenting advocacy for the Office of the Independent Internal Audit as his most important contribution to the citizens of DeKalb. In the interest of promoting efficiency, effectiveness, and integrity, this relatively new addition to the county government has completed nearly 40 independent financial and performance audits of DeKalb operations in Purchasing & Contracting, Watershed Management, Public Works, Animal Services, Workforce Development, Code Enforcement and other departments revealing important – and otherwise unknown – actionable information about these operations.

Another large group of DeKalb citizens would cite his advocacy for the transformation of DeKalb Animal Services to a life-saving, home-finding, community-engaged system from one where nearly three-quarters of all animals brought to the shelter were euthanized. Ten years after that shift, DeKalb continues to boast a save rate of over 90 percent of all animals brought to the shelter and is a national model.

Supporters of DeKalb’s library system, advocates for smarter land use, supporters of transit, economic development boosters and those who simply are concerned about existing infrastructure improvements would focus on the many steps he helped the county take on those issues. Still others would point to his leadership on the removal of the Confederate Monument in downtown Decatur and his work to strengthen voter access.

Rader is the rare public servant who moved the ball forward on a wide range of issues. At the same time, many of the challenges he tackled remain unfinished business. Like other county leaders, he’s voiced concern about the confusion and financial instability that proliferating municipalities and annexations can create for public services, schools and governments. He’s also been a critic of the unconstrained use of abatements that shift the tax burden for new development away from developers and onto homeowners. And he’s advocated for a review of the county’s charter, which many believe currently places county operations largely out-of-reach from public accountability.