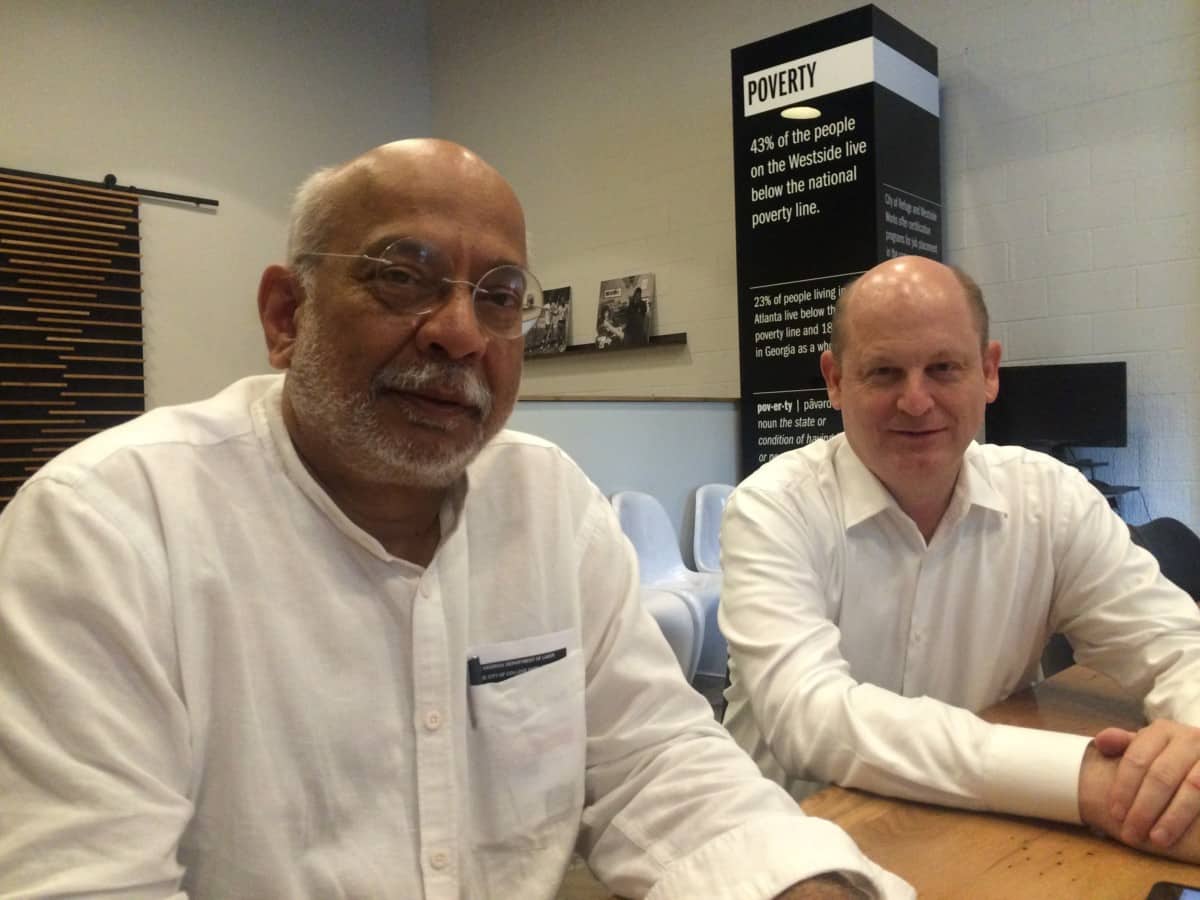 For the past six months, a team headed by prominent planner and urbanist Dhiru Thadani has been working on an action-oriented plan for Atlanta’s Westside communities.

The team recently presented its draft Action Plan  at the Transform Westside Summit, and now there will be about two months when community members and stakeholders will be able to respond to the recommendations and ideas.

Planning for the Westside has always been fraught with issues. First, the community has seen many plans over the years with few of them leading to constructive change. Second, because of the many different neighborhoods, organizations and individuals in the 24-square-mile region of the city, it often is hard to reach consensus. 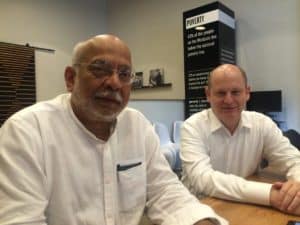 In his presentation at the Summit, which was followed with a wide-ranging interview, Thadani talked about the issues and challenges facing the community.

The most recent planning process has involved hundreds of people involved with the various communities. And every few weeks, Thadani has presented the team’s individual neighborhood plans at the Transform Westside Summit, a meeting that takes place on the first and third Fridays of each month and attracts hundreds of people – from corporate and university presidents to neighborhood leaders and activists – plus everyone in between.

“I think it’s absolutely unprecedented,” said Thadani, who estimated he’s been part of 40 similar planning projects and never seen this level of participation. “We really wanted to touch everybody and make everyone informed. Our biggest success was the outreach.”

When asked his view of Atlanta’s Westside, Thadani responded: “I’m hopeful and optimistic. It’s probably one of the most important projects we have worked on in terms of social justice, depopulation and lots of levels. It is a project that needs to succeed.”

“There’s no reason to displace anyone,” Thadani said. “We have documented every single structure on the Westside. The goal is to make these neighborhoods whole – to have continuous blocks by not having vacant properties.”

The goal is to have safe communities with good access to the rest of the city and to have enough parks in the individual neighborhoods. 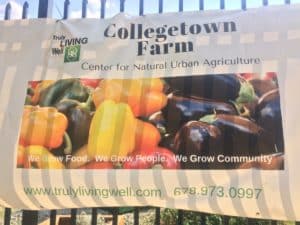 Thadani called the academic institutions – Morehouse College, Spelman College, Clark Atlanta University and the Morehouse School of Medicine – as the real “backbone” in the community. The plan called for shared space for the colleges and universities – a place where students and staff could gather.

The plan also said there was a demand for 150,000 square feet of retail, and it envisioned Northside Drive having the greatest density with 10 or more stories. The team also called for extending certain dead-end streets to create greater connectivity among the communities.

Thadani also said the Westside already has many vested institutions – including 147 faith-based institutions. And he said one of the most constructive initiatives was urban agriculture – specifically highlighting Truly Living Well, which has moved its operations from the King Historic District to an area it is calling the Collegetown Farm southwest of the universities.

Thadani first became involved with the Westside when he was hired by Morehouse College President John Wilson to help with a strategic plan, and his focus was on the neighborhoods and the edges of the campus. Chick-fil-A CEO Dan Cathy, who serves on the board of Morehouse, became interested in the work, and Cathy encouraged him to look at the 30314 zip code. 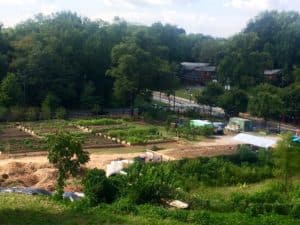 “We changed our emphasis and got some support from the Chick-fil-A Foundation,” Thadani said. When the Westside Future Fund got off the ground, Thadani was selected to work on a master plan for the larger community. The team began its work on March 1, reporting to the Fund’s executive director John Ahmann.

“The amazing part of it was the proximity to downtown. I saw that as a real positive or strength,” Thadani said. “I also saw how shameful it was in terms of the human condition. There were people living here without services like access to food, dilapidated infrastructure.”

He also saw the real passion that existed among such stalwart leaders like Makeda Johnson and Mother Moore – people who had “incredible passion about the history” in their communities.

Because there had been about 20 plans done for different parts of the community, Thadani knew it didn’t need a traditional master plan.

“It needed an action and implementation plan,” he said. “All these plans weren’t cohesive with one another. What made our plan different – it was cohesive. We were looking at the whole picture. One of the observations that I had was that you can improve lives on the Westside but they still need jobs and access. You can see downtown, but it’s very difficult to get there.” 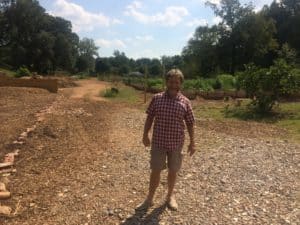 The City of Atlanta’s Department of Planning and Community Development, including commissioner Tim Keane, have been partners in the initiative. The plan also will have to go through all the normal channels – the NPU process as well as City Council.

A question critically important to Keane is how blight be removed while making sure people are not destroying the historical fabric of the community.  It will be important to balance new development with the existing historic structures– many of which need to be repaired and restored.

“Ultimately this is the community’s and the city’s plan for the Westside,” Keane said. “The challenge now for us and the team is to have a strategy associated with this – to have a specific way to make sure there is no involuntary displacement.”

Keane said the city needs to make it clear that it’s about the future of the people who live there.

“How can you see yourself in this future,” Keane asked as though he was speaking to existing residents. “If they don’t see themselves in the future of the community, then it has not been successful.” 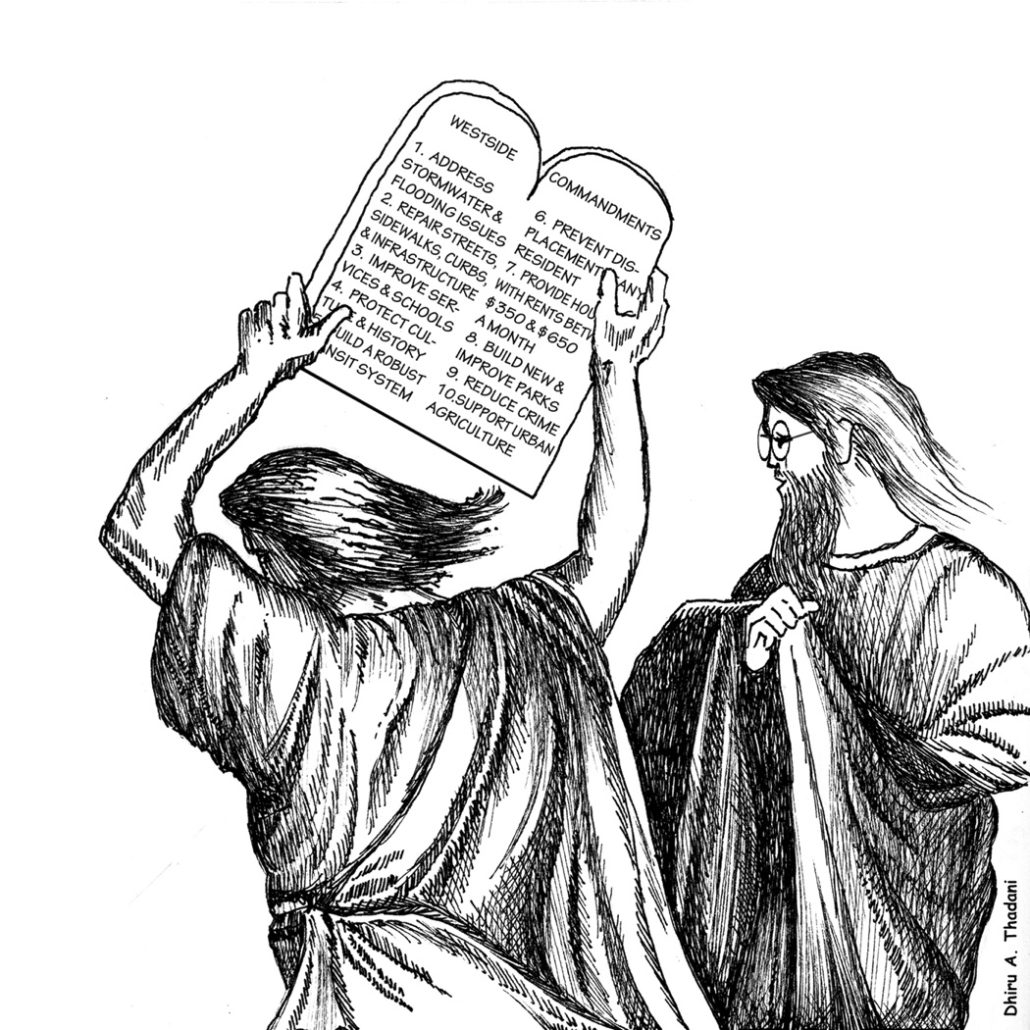