In the end, it all came down to becoming CEO.

Suzanne Sitherwood, who has spent 31 years at AGL Resources — most recently as president of Atlanta Gas Light, will join St. Louis-based Laclede Group, first as its president and then as its CEO.

Laclede, a natural gas holding company that’s remarkably similar in scope to AGL Resources, announced earlier this week that its chairman and CEO Douglas Yaeger was planning to retire Jan. 31, 2012.

Sitherwood will become Laclede’s president on Sept. 1, and then she’ll become the company’s CEO on Feb. 1, 2012. 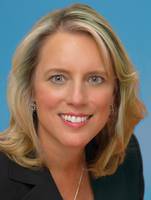 In a wide-ranging interview, Sitherwood spoke of her mixed emotions in leaving Georgia and AGL Resources, where she has become one of the most important women executives in the state.

Most notably, Sitherwood is the first and only woman to chair the Georgia Chamber of Georgia, a position she held in 2010, when she helped the organization select its current president — Chris Clark.

“It’s bittersweet,” Sitherwood said. “I’m going to miss so many people. That’s the part that’s about to hit me.”

Sitherwood was contacted by a search firm in February about the Laclede job. When she met with the company’s board of directors, she realized that this opportunity had great potential.

Sitherwood said it was especially appealing that Laclede’s directors are interested in growing the company, a challenge that she welcomed.

“The board desires for it to grow,” Sitherwood said. “It looks a lot like AGL did in 1998. And it gives me an opportunity to be part of something very positive.”

But the most attractive part of the offer was that she would have an opportunity to be a company’s top executive, something that probably would not be open to her at AGL for years if ever.

“We have an incredible CEO here in John Somerhalder,” said Sitherwood, who will turn 51 in August, relatively close in age to Somerhalder, who is 55. “This position gives me the opportunity to become a CEO.”

She also has been keenly aware that there are few women CEOs, not only in Georgia, but throughout the nation. And while she will be one less key woman executive in Georgia, she will add to the national ranks.

In Georgia, Sitherwood had taken on several key roles in addition to being chair of the Georgia Chamber. She has been involved in water and transportation issues. She served on the legislature’s tax reform council. And she is on Gov. Nathan Deal’s Competitiveness Initiative — all roles that she said she was “fortunate” to play.

By comparison, Sitherwood said: “I don’t know a soul in St. Louis other than the people I met during the interviews.” But she also said that her role in Georgia only gained visibility after she was named president of Atlanta Gas Light seven years ago.

“That’s part of the journey — to get to know St. Louis and the business community,” Sitherwood said before adding: “Sometimes you have to leave a place to realize how good it was.”

The Laclede opportunity also came at an ideal time for Sitherwood. She had completed her tenure at the Georgia Chamber and her work on the tax reform council; AGL had finished its rate increase hearings, and AGL’s acquisition of Nicor was well on its way.

Plus, Sitherwood had been president of Atlanta Gas Light for seven years, a longer stretch than any other position that she had held at AGL.

“If I had retired from AGL, I would have felt extremely blessed,” Sitherwood said. “But I’ve been in this job for seven years. It was time for me to do something else. And to have that next growth opportunity, it probably meant moving on.”

Sitherwood had kept Somerhalder informed about her opportunity in St. Louis during the interviewing process. And Somerhalder had nothing but compliments for Sitherwood.

“Suzanne has accomplished so much for Georgia and for AGL Resources,” Somerhalder wrote in an email. “We will deeply miss Suzanne, but I look forward to continuing to work with her in her new role on important natural gas industry issues. I am proud for Suzanne and wish her all the best.”

So Sitherwood, who was a “military brat” and had moved every couple of years until she attended Southern Tech (now Southern Polytechnic State University) to get her engineering degree, is now preparing for the biggest move of her life.

“The timing could not have been better. It was almost like a gift,” she said. “I didn’t want to look back on my career and feel that I should have taken this job and hadn’t.”