The main challenge of a young playwright, Tennessee Williams said, is to not bore the audience. “Even if you have to resort to totally arbitrary killing on stage, or pointless gunfire, at least it’ll catch their attention and keep them awake,” he said. “Just keep the thing going any way you can.” 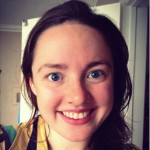 This week, Louisa Hill, a young playwright who learned to keep going in Atlanta and win national awards for making audiences laugh, will return to her alma mater to speak at the 43rd annual Agnes Scott Writers’ Festival.

Organizers say Friday’s scheduled reading by Hill, who graduated in 2009, almost certainly marks the fastest turnaround for a former student to be invited back as a headliner. With a history of drawing luminaries such as John Updike, Joyce Carol Oates, Reynolds Price, James Dickey, Eudora Welty and Robert Penn Warren, the Writers’ Festival often features one alumna whose Agnes Scott education helped launch her success in writing poetry, plays or books.

For Hill, 26, returning to her alma mater is more than a nostalgic stop on a literary tour. It is a coming home to where she started learning the craft of putting a story on stage.

For her, Atlanta is “the place where I came to be who I am,” she said by telephone from her home in Los Angeles, where she works as a writer’s assistant and researcher for the CBS crime drama, “Unforgettable.” She had just returned from auditions for her play “Riot Grrl Saves the World (or, The Zine of Grrl)” which is slated to open at the Hollywood Fringe Festival in June. Hill said she will read an excerpt from the play at the festival. 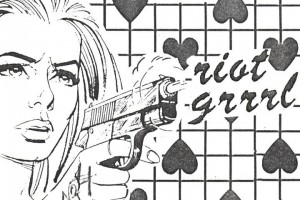 (By the way, here’s a synopsis provided by Hill: “When a Jehovah’s Witness stumbles into a Riot Grrrl meeting, beliefs are challenged on all sides. But since the Apocalypse is just around the corner, these teen punk prophets must band together to save the world by making zines, rocking out, & navigating the beginning of love at the End of Days.”)

Raised in Pennsylvania, Hill took her first class in playwriting her first semester at Agnes Scott. That was in 2005, an early experience that brought focus to her lifelong passion for writing, and as a student put her on course with the Writers’ Festival first as a student.

In 2006, Hill submitted a play to Horizon Theatre’s New South Young Playwrights contest and became one of 20 to win a spot in the theater’s summer residency program. She joined Working Title Playwrights, an Atlanta-organization that helps young playwrights develop their craft and find venues for their scripts.

Fearless observer of society, with social justice in mind

In 2008, when Hill was an Agnes Scott junior, her play, “An Afternoon with Auntie Phil,” landed off-off-Broadway for four nights at the 13th Street Repertory Company in New York City. The comedy was inspired by a 2006 visit to Agnes Scott by Eagle Forum founder and staunch anti-feminist Phyllis Schlafly.

In the play, “Auntie Phil” teaches her audience how to roast chickens and be “real women” and gets in a conflict with her niece over a visiting “ethnic” female friend. Hill’s plays tend to blend social justice with comedy.

“I’m not trying to beat people’s heads over, I’m trying to find the humor,” Hill said.

In 2012, Hill earned her MFA from the University of Iowa, just like Tennessee Williams. Her thesis play, “The Lord of the Underworld’s Home for Unwed Mothers,” won the Mark Twain Award for Comic Playwriting from the Kennedy Center American College Festival.

The play is described as “a re-imagining of the Demeter and Persephone myth set in the 1960s and 1990s that explores the politics of motherhood through a landscape of Catholicism, horticulture, and death metal.” In winning the award, Hill’s play aligned with Twain’s legacy as  “a fearless observer of society, who outraged many while delighting and informing many more with his uncompromising perspective of social injustice and personal folly.”

Hill’s success also echoes that of Marsha Norman, who won the 1983 Pulitzer Prize for Drama for her play “’night, Mother,” and who also graduated from Agnes Scott. 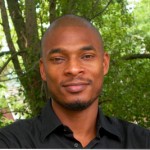 Hill will be one of the festival judges for creative writing submissions from college and graduate students across the state. She’ll be joined by the festival’s other headliners, poet Terrance Hayes and author and poet Nick Flynn.

Hayes is the author of four books of poetry and a winner of multiple national awards. His book, “Lighthead,” won the 2010 National Book Award in Poetry. Flynn is perhaps best known for his 2004 memoir, “Another Bullshit Night in Suck City,” which won the PEN/Martha Albrand Award for the Art of the Memoir. The story, about a writer working in a homeless shelter who confronts his con-man father who claims to be the “best writer in America,” was adapted into a movie entitled “Being Flynn” starring Robert DeNiro. 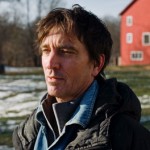 The student writers compete in the categories of fiction, non-fiction, poetry and drama for top prizes of $500 and a private workshop with one of the visiting lecturers.

“For them, the workshop experience is better than the prize money,” said Agnes Scott English professor and festival organizer Christine Cozzens. “They get career advice.”

Hill is a product of that Festival experience. In her senior year she won the festival’s playwriting competition. This time it’s her chance to inspire the next great student playwright to keep going.

Previous Article
Forty days of frenzy at Georgia legislature leaves children behind
Next Article
John Portman donates $2.5 million to Georgia Tech; agrees reluctantly to have dean’s chair named after him