The people spoke loud and clear.

At the recent meeting of the Atlanta City Council’s Tree Ordinance Workshop, city councilmembers listened to four hours and 44 minutes of 232 voicemails from the public about the proposed revision of the tree ordinance.

At least 90 percent of the callers urged the city to reject the Planning Department’s version of the rewrite and vote in favor of a Citizens’ Draft Ordinance alternative, one that would provide greater protection for trees throughout the city.

Everyone agrees the city needs a new tree ordinance.

The last one passed 20 years ago, and it has done little to stop the widespread cutting down of trees for development. It basically allows developers to cut down trees by paying a fine. 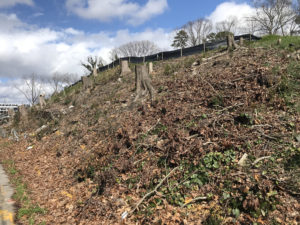 “In some ways, and this is sad, the Planning Department’s draft is not as good as the existing tree ordinance,” said Tisdale, who also serves on the city’s Tree Conservation Commission. “We are presenting a blended draft that restores the right of appeal. The Planning Department draft allows priority trees to be cut before any protections apply, even if the builder doesn’t need to cut them.”

Tisdale, and members of the citizens group, provided point by point shortcomings in the city’s proposed rewrite. The ability to file public appeals of tree-cutting applications were significantly reduced. The city’s proposed ordinance would allow builders to remove 50 percent of high priority trees on small residential lots.

Speaking on behalf of developers, Jim Cheeks of the Greater Atlanta Homebuilders Association, acknowledged shortcomings in his industry.

“There’s one thing we all can agree on,” Cheeks said during the workshop. “We in the development community can do a better job planning around trees.”

Everyone also agreed it is a complicated exercise to rewrite a tree ordinance that preserves our tree canopy while allowing development to occur.

But the Citizens’ Draft clearly strikes a better balance than the Planning Department’s version – at least according to hundreds of people who spoke during the virtual workshop.

“Atlanta does not have to choose between trees and development,” said Kathryn Kolb, a naturalist who helped draft the Citizens’ version.

Councilmember Matt Westmoreland, who chairs the committee overseeing the Tree Ordinance rewrite, said the plan is for City Council to vote on a new ordinance at it May 3 meeting.

“There are different points of view, and let’s see how we can find consensus,” Westmoreland said in a telephone interview. 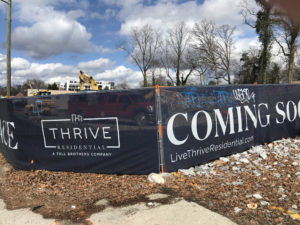 There are several opportunities to end up with a stronger and better tree ordinance for Atlanta.

Both proposed versions support hiring more city arborists, partly to put the issue of preserving trees at the beginning of the process during a pre-application process. Funds would be set aside from the Tree Trust Fund to work with low-income homeowners to determine whether they have a dead or dying tree on their property, and then the city would pay to cut down the tree and replace it with a new tree.

There would be greater efforts to keep our existing tree canopy healthy by cutting weeds growing on trees –including trees along stream buffers, in property setbacks or on public property.

The new ordinance would shift responsibility of the city’s street trees from the Parks Department to the Planning Department, and theoretically there would be greater oversight and protection for trees along public corridors.

Both the city and the citizens’ version would place a greater priority on saving “high-value” trees – such as mature hardwoods contribute greatly to the city’s tree canopy and help reduce pollution and the heat-island effect of the urban environment.

The bottom line is that we must aim as high as we can when we pass a new tree ordinance. The city of Atlanta can serve as a model for other governments in the region and beyond.

Note to readers, here is a copy of the city’s proposed tree ordinance with edits suggested by the Citizens’ Group.