AJC plans to discontinue daily print editions, but will keep a Sunday/weekend newspaper

The Friday, Sept. 2 print edition of the Atlanta Journal-Constitution. (Photo by Maria Saporta.)

Updated: this story now includes an email from AJC’s general manager sent to the staff Friday afternoon in response the story in SaportaReport. See below.

By Maria Saporta and John Ruch

The Atlanta Journal-Constitution will discontinue its daily print edition and go to a weekend print edition, but it will continue its digital news operation seven days a week, according to interviews with a half dozen people close to the newspaper.

The time frame to implement the discontinuation of the daily print edition has not yet been decided, but sources say it likely would happen sometime in 2023 — most likely within a year from now.

Senior editors were told of the decision during a zoom meeting on Sept. 1. The meeting was led by Kevin Riley, editor of The Atlanta Journal-Constitution, and Shawn McIntosh, the newspaper’s managing editor.

During the meeting, the editors were told there were no immediate plans to lay off newsroom employees, according to people familiar with the meeting. 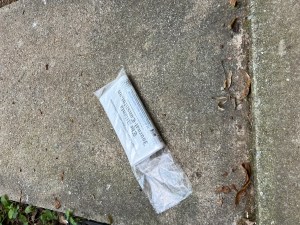 Daily home delivery of the print edition of the AJC is expected to go away as the news organization plans to just have a Sunday/weekend edition. (Photo by Maria Saporta.)

All newsroom employees also have been sent an email inviting them to an “in-person” staff meeting on Sept. 8 at 11 a.m.

The invite to the staff meeting from Kevin Riley stated:

“It’s been a while since we’ve had an in-person newsroom staff meeting, but don’t worry, I promise there won’t be any shoes dropping at this meeting. Instead, I would like to get together and share exciting information as we plan for our future. The leadership team hopes you leave the meeting feeling as optimistic as we do about our path forward — a path that allows us to continue to produce our meaningful work for a long time to come.”

In a brief telephone interview on Sept. 1, Riley did not confirm the decision. When asked if the AJC had decided to discontinue the print edition six days a week and only have a Sunday print edition within the next year, Riley answered: “No such decision has been made.”

Friday morning, Riley was asked to clarify whether his quote referred to the decision to go all-digital except for a weekend paper or whether it referred to the timing of when it would be implemented. As of the time of publication of this story, Riley had not responded to the text. This story will be updated if and when he does respond.

However, in the telephone interview, Riley essentially confirmed the likelihood the print product was on its way out, with the possible exception of a weekend paper.

“I can tell you that everyone knows that the future of our business is digital,” Riley said.

In a host of background conversations with people close to the AJC, the decision to discontinue the daily delivery and printing of the newspaper did not come as a surprise.

Newsroom employees have been witnessing the shift to a “digital-first policy.” The AJC sold its printing press and contracted with another newspaper company to print its paper, but that meant daily deadlines were pushed from 4 to 6 p.m., which meant the morning newspaper did not include any breaking news from the night before, including sports scores. Readers began to rely on the digital news product to get the latest news.

The decline in daily print subscription and sales has been in play for the last couple of decades. 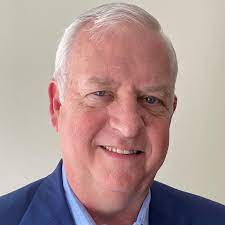 The circulation of the print newspaper has continued to decline. A June 2022 story in the PressGazette showed that the AJC was not among the top 25 newspapers in the country. The 25th largest paper was the Milwaukee Journal Sentinel, with an average print circulation of 47,832. That would mean the AJC’s print circulation had dropped below that number.

Still, the AJC has continued to be the largest metropolitan daily newspaper in the Southeast.

The AJC’s advertising website claims the paper has 1.2 million print readers, without explaining how that number — which is many times higher than the number of papers printed — is calculated or audited. The same website reports the AJC has 9.2 million digital readers. An AJC spokesperson did not respond to questions about the current circulation numbers.

The AJC is owned by Cox Enterprises, a privately-owned company based in Sandy Springs. The AJC was bought by the Cox family more than 70 years ago, originally as two separate publications before a 2001 merger. In 2010, the AJC moved from Downtown Atlanta to Dunwoody as a cost-savings move.

Cox has made major changes in its media portfolio in recent years. In 2018, it considered merging the AJC and WSB TV and radio operations. But in 2019, it made a big change in course by selling WSB and several other national broadcasting outlets, while keeping the AJC and several Ohio newspapers.

On Aug. 8, Cox Enterprises announced that it had an agreement to buy Axios, the national news website, for $525 million. According to people close to the AJC, Cox’s decision to acquire Axios was not related to the decision to discontinue the daily print product of the AJC.

Several hours after this story was posted, the general manager of the AJC, Bala Sundaramoorthy, sent out an email to staff. In the email, he incorrectly said our story reported the AJC plans to discontinue seven-day print publications. The story actually stated the AJC would continue to have a weekend edition.

While he claimed that “no concrete decision has been made,” Sundaramoorthy basically confirmed AJC’s plans for a digital future.

Here is the entire email minus a sentence with an employee’s personal info.

Hi everyone,
You may have seen the story today, which says the AJC plans to discontinue seven-day print publications. We’ve been upfront about our plans for a digital future, and we know this day will eventually come, but as of now, no concrete decision has been made to reduce our print schedule.
When we decide, our employees, subscribers, advertisers, and partners will be the first to know.
As you know, The Atlanta Journal-Constitution’s digital transition has been years in the making. This summer, we were selected by the American Press Institute to join the first “Beyond Print” cohort. We’ve been relentless in our focus on digital product improvement and news gathering.
And, because of your hard work and innovation, we’ve more than doubled our number of digital subscribers over the last two years and are reaching more readers than ever before. It will take even more hard work and innovation to cross the bridge into our digital future. You can be sure we will share news with you at every step along the way.
ave a great holiday weekend.
Regards,
Bala Sundaramoorthy,
Vice President and General Manager