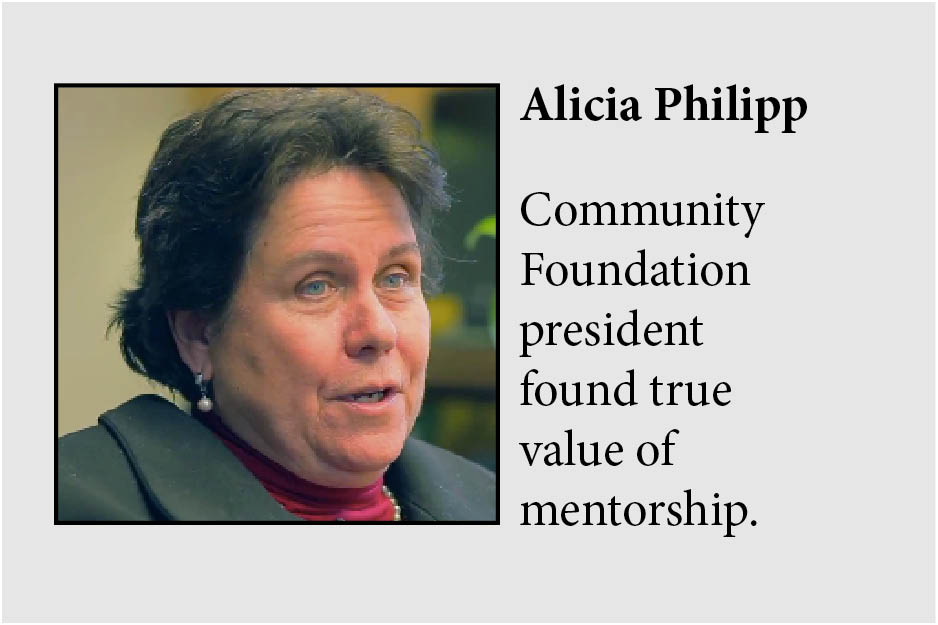 Alicia Philipp, president of The Community Foundation for Greater Atlanta, had her Moment 16 years ago when she spontaneously asked a question to a crowd of people and was surprised when nearly all of them stood up. That Moment taught her a lot about the value of mentorship and the special nature of her own mentor, Dan Sweat.

Dan was “a force to be reckoned with in Atlanta,” Alicia said. He was president of Central Atlanta Progress, led the Atlanta Project for President Carter, and made it a priority to be an influential mentor for the generations behind him. Alicia was one of those that benefitted from what she thought was a unique mentor relationship with Dan.

Alicia worked for Dan right out of college at Central Atlanta Progress and he was a board chair for 15 years once she came to the Foundation.

“Dan opened doors for me but he didn’t do my job for me,” she said. “He made things happen in a way that I had to take advantage of the opportunity and I had to have my act together and be able to do the work.

“That’s what I believe a good mentor relationship is – being able to make those connections and bridges for someone and not walking across the bridge for them but helping them find the bridge and cross it themselves.”

In December 1996, Dan Sweat was honored by the Atlanta Gas Light Company with the “Shining Light Award.” Alicia had the privilege of speaking at the ceremony. As Alicia gave her speech about the deserving factors that led to Dan’s winning the award, she suddenly made a request to the audience.

“I asked everybody in the audience who had been mentored by Dan to stand – not really knowing what the response would be,” she said.

The response she received was a Moment she’ll remember forever.

“That audience rose as one,” she said. “Everybody but maybe two people in the entire audience stood – black, white, young, old, male, female – it was amazing.”

Alicia looked over at Dan who was feeble and ill at the time, and saw his face light up. Although Dan passed away in February 1997, that Moment was evidence that Dan had successfully instilled his passion for the community into many young people who would go on and instill their passion into others – keeping his legacy as a community leader alive.

The Moment the audience stood in unison sparked reflection for Alicia about what she should be doing to give to younger generations the way Dan had given to her, those standing in the audience, and undoubtedly countless others.

“I realized the greatest gift Dan had given this community wasn’t Woodruff Park or all of the other things that happened because of his leadership, “ she said. “It was the impact he had on people – I have been changed by that.”

At the Community Foundation for Greater Atlanta, Alicia and her team of 30 have the opportunity to facilitate community support by connecting donors with nonprofits in order to carry out their passion and a purpose. With $755 million in assets, the Foundation made grants of $95 million last year to more than 5,000 nonprofits and faith-based organizations locally, nationally and internationally.

The Foundation has served an integral role in initiatives like the Atlanta AIDS Partnership Fund, the Metropolitan Atlanta Arts Fund, the Neighborhood Fund and the Atlanta Wealth Building Initiative.

Alicia’s 37 years at the Foundation and leadership in grant making, fundraising, and collaboration with donors and nonprofits haven’t gone unnoticed. She has been recognized as Georgia Trend’s “100 Most Influential Georgian’s” and Atlanta Business Chronicle’s “100 Most Influential Atlantans.” While recognized as a leader in the community at large, one of the most rewarding and impacting ways Alicia serves as a leader is on a smaller scale.

Alicia mentioned that if you were to take a look at her calendar for any given week, you’ll find at least two or three meetings with recent college graduates, graduate students or young professionals about how to find a place in a community and how to give back.

“If in some way, I can be helpful to them in figuring out how to engage in the community and take that next step – that’s what really matters,” Alicia said.

The importance of mentoring others is something Alicia understands from the Moment she witnessed a room full of people standing together for Dan Sweat.

“How I have worked to really encourage the next generation has been completely molded by that one day and seeing the impact one man can have on so many different lives.

“If you instill in young people this desire to be a part of this community, that’s what is going to matter to us and that’s how we are going to have a strong community forever.” 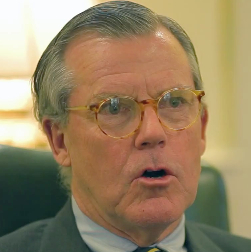 Next week in Moments: Bill Clarkson

Next week in Moments: Bill Clarkson, Westminster’s outgoing president, on a momentous day he spent alone with a patient in Duke University’s mental ward.