‘All is True’ – an older Shakespeare struggles in retirement 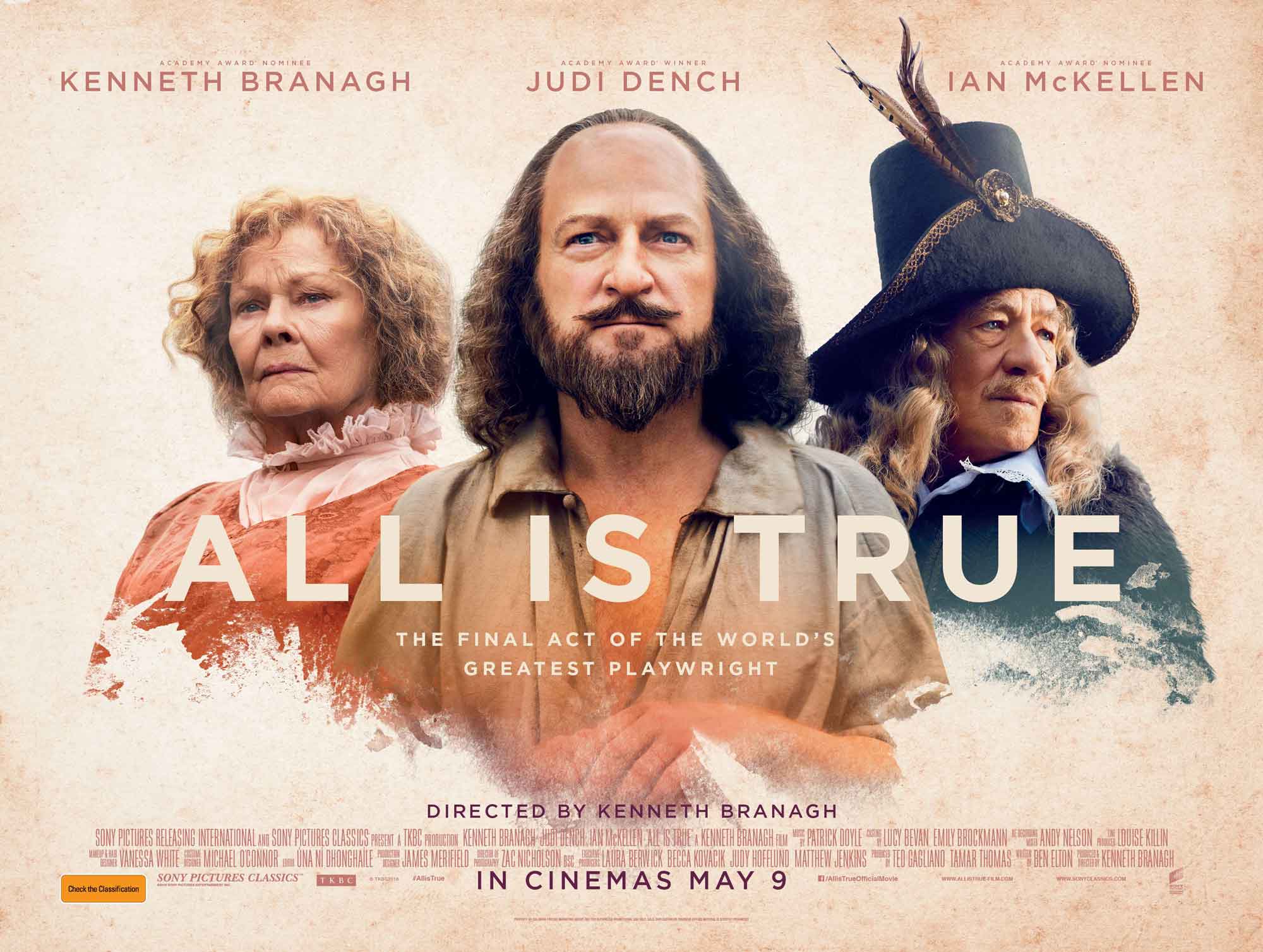 Imagine Shakespeare, not in love, but up to his ears in inducements from AARP.

That’s the framework, more or less, for Kenneth Branagh’s “All Is True,” a look at the Bard in retirement.

The year is 1613. His beloved Globe Theatre has burned to the ground and the playwright takes that as a sign it’s time to move back to the country and retire in the…um…loving?…bosom of his family. 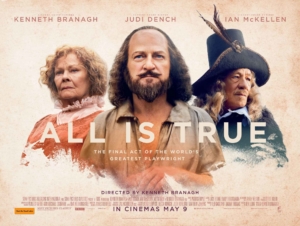 Movie poster for “All is Ture”

His wife, Anne (Judi Dench), is less than thrilled. She’s not used to having him around and a mopey husband puttering in her garden isn’t her idea of a good time.

His daughters, Susanna (Lydia Wilson) and Judith (Kathryn Wilder), would rather he’d stayed in London, too. They’re both caught up in boy trouble, i.e., husbands and suitors with varying degrees of unsuitability.

But then there’s his beloved only son, Hamnet. Trouble is, the boy died – of plague, it’s said – years ago, at age 11. Still, as Macbeth did with Banquo, Shakespeare feels his ghostly presence.

The only thing that cheers the writer up is a visit by his old friend (and crush?), the Earl of Southampton (Ian McKellen) who, it is heavily hinted, is the mysterious Dark Lady of the Sonnets. Branagh, who also directed, uses this encounter as an excuse for him and McKellen to intone some luscious verse (“When in disgrace with fortune and men’s eyes…”) 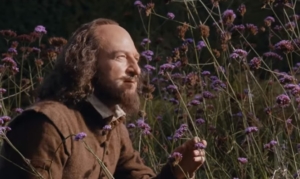 William as portrayed in a scene of “All is true”

“All Is True” – Shakespeare scholars will tell you it was an alternate title for “Henry VIII” – looks right and sounds right, but somehow isn’t right. It’s like a grad-school thesis written by a gob-smacked drama student. You admire the kid’s passion, but you’re still embarrassed for him (or her).

The film flirts with hindsight feminism (the daughters feel rejected/constrained because of their gender) and plays around with some LGBT sentiments that are admirable, but somehow out of place.

Branagh is totally committed to his folly, but Dench sometimes looks as if she’s trying to stop herself from laughing out loud. That’s probably because this is the sort of tribute that the troupe from “Waiting For Guffman” might have made.

All may be true here, but I would’ve preferred that some of it had been interesting.

Previous Article
Atlanta at the I-85 Crossroads: A 3,850-square-foot flat screen TV in your face – or not?
Next Article
Stopping Outbreaks At Their Source: The Vital Work of Epidemic Intelligence Disease Detectives