For a Roswell girl, Hawaii is a positive state of mind 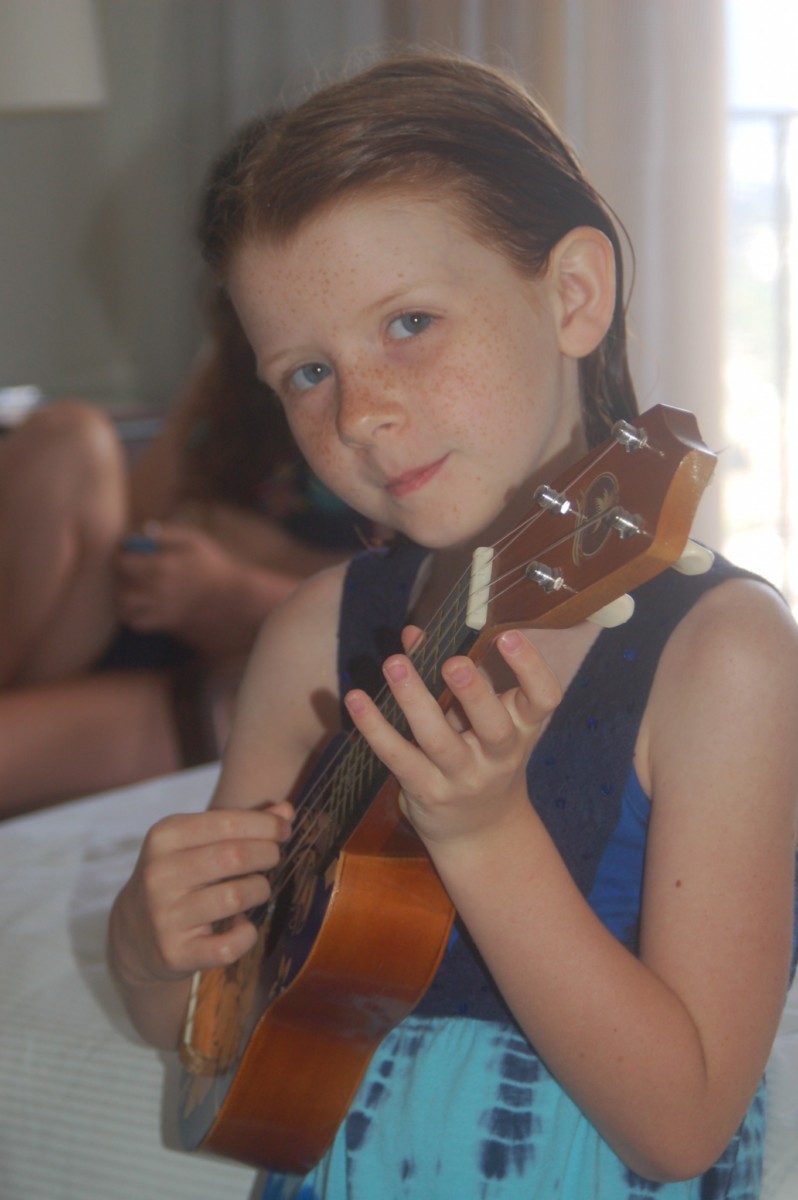 No was her mom’s answer. She hoped Allison would just drop the idea. She and Allison’s dad were divorcing, and they were moving. A fancy vacation wasn’t in the budget. 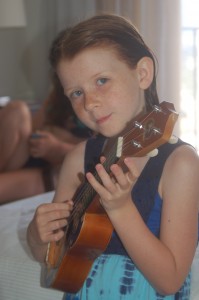 Allison, 8 years old, is the baby of the family — imaginative, stubborn and persuasive. She rounds up her older brother and sister to play games she’s made up.

Hawaii obsessed her.  Her mother relented a bit.

After you graduate from high school, Melissa Tilly said.

For 8-year-old Allison, that meant paradise was 10 years. For her mom, it seemed even farther than 4500 miles.

But there was another way. Allison just needed to find it.

In January, a month after the divorce, the Tillys were listening to Star94 on their car radio. Win a trip to Hawaii by eating pancakes, the DJ said.

“You’ve enjoyed IHOP’s 7 for $7 menu in Atlanta,” the entry form said. “Now IHOP’s giving you the chance to enjoy 7 days in Hawaii!”

Allison pounced. The family needed to eat at International House of Pancakes. This was their ticket to the islands. 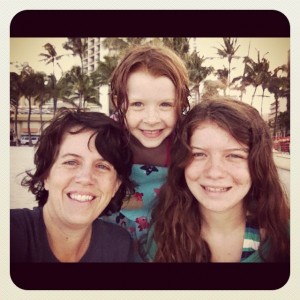 Melissa Tilly with her daughters Allison, 8, and Natalie, 15.

Her mom hoped one meal would make the Hawaii talk go away. But at the IHOP on Clairmont Road, the employees didn’t seem to know much about the contest.

As the Tillys were leaving, a manager suggested they check out the radio station website. Just to get Allison off her back, her mom punched in the receipt number online.

Allison kept talking about Hawaii, how they were going to win.

Her sister Natalie, 15, who goes to Centennial High School, had never won anything in a contest and didn’t think she would this time, either.

“It is always important to believe in yourself,” Natalie said, “but entering contests isn’t at the top of my ‘believing’ list.”

“You have more of a chance of getting struck by lightning,” her mom said.

Melissa Tilly didn’t need to do statistical research to feel confident that there was no chance of going to Hawaii soon or maybe ever. Their summer vacation would be to see relatives in Fairhope, Alabama. The divorce and changes had put her in a slump that made it hard to believe in anything grander.

When the call came, Melissa Tilly thought it was a prank.

No, the caller from the radio station said. You won the trip.

She waited for her classes to end (she’s getting a masters in teaching). That night, she told her kids.

“I was eating dinner and wouldn’t be surprised if food fell out of my mouth,” Natalie recalled.

“I think the world just thought, ‘Hey, Allison really wants this more than anyone. Why not?’ ”

“I never once thought we might actually win,” Melissa Tilly said later. “Allison somehow knew we would somehow be able to go.”

When she heard the news, Allison screamed and ran around.

“I felt really happy,” she said.

Hawaii began to change her family’s minds. The $3,000 trip was valuable beyond money.

“I think we’ve learned to trust in something beyond ourselves a little more,” Natalie said.

“A turning point for me,” their mom said. “I had a renewed sense of hope in the future and that has only grown stronger since.”

Earlier this month, the Tillys boarded the flight to Hawaii. The contest paid for two for a week, and their dad generously paid for Natalie and Peter to go. 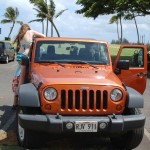 Allison got ready by making a poster with pictures of Hawaii and glued a coconut with it. The reality was better than any picture, even in Allison’s mind.

They swam in the Pacific, and snorkeled in Hanauma Bay.

Natalie had dreamed in Atlanta about parrotfish, and in Hawaii saw nine real ones.

“Just being on an island,” she said when asked what she would most remember. “There is something about knowing you are on a small green speck in a mass of blue.” 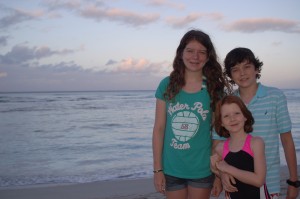 Natalie, Peter and Allison Tilly got a surprise (to two of them) trip to Hawaii.

Allison’s favorite memories are of the jeep they drove to Oahu’s beaches and Pearl Harbor. She loved their beautiful hotel with the salt-water pool, a block from Waikiki Beach.

Each night, Allison serenaded her family on her souvenir ukelele. From her lonely island of 8-year-old faith that something great could shine on them, she ended up leading them to her dream islands.

“I think we won because not many people entered the contest, and luck,” she said. “And because I believed.” 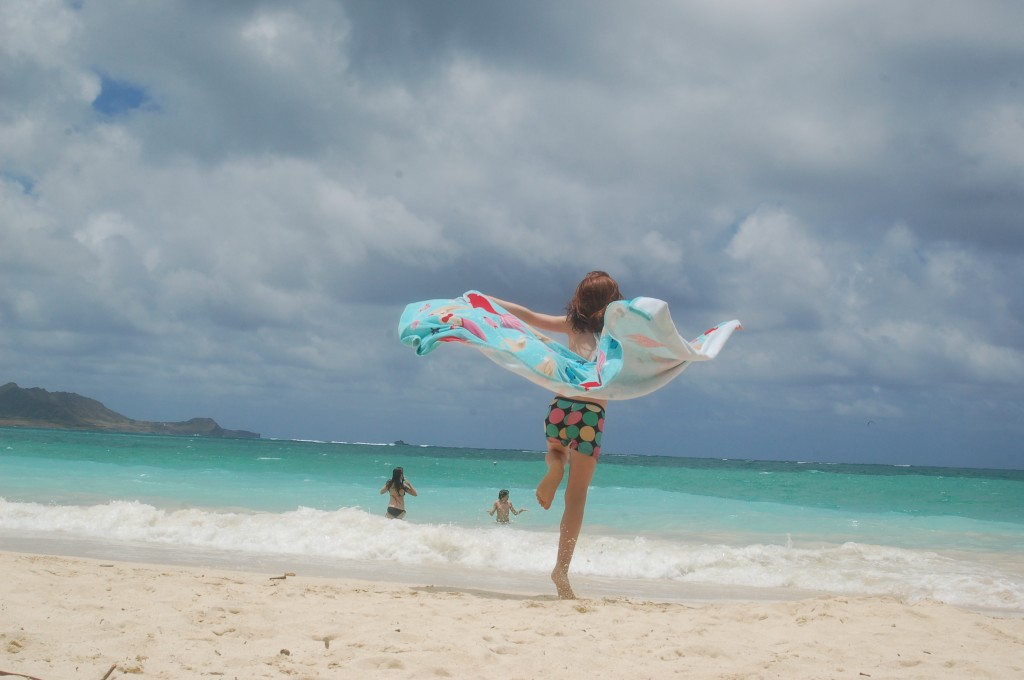 Allison Tilly always believed that the family would win the vacation prize.