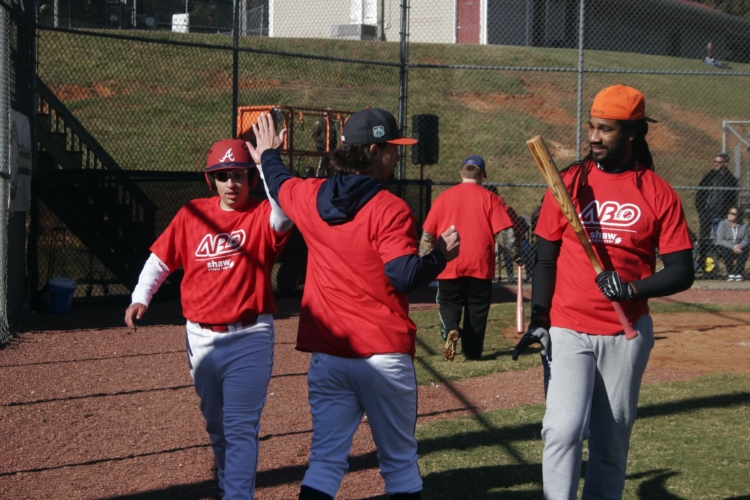 Hello everyone! My name is Taylor Duncan! I am 23 years of age from Dallas, and was diagnosed on the autism spectrum at the age of 4 years. When I was much younger than today, I had issues with speech, sensory, and anxiety. 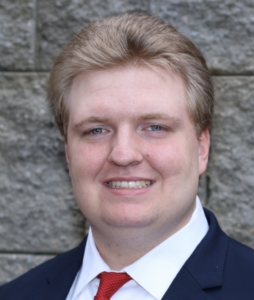 As I grew older, I faced a lot of social stigma and preconceived ideas from several coaches who thought they knew what one on the spectrum could ever accomplish. As a result, between the perceptions and the lack of opportunities available in a rural area, there weren’t a lot of opportunities for me to play traditional sports – or anything at all involving a team setting.

Through the limited experience I have had in America’s Pastime, I’ve learned so much about things that go way beyond wins and losses. I learned how to work together as a team, how to deal with the wins and losses, as well as to persevere through the good and the bad. The sport of baseball has indirectly contributed and helped me become more of an independent person today.

With all the help from my Mother, teachers, coaches, and mentors who have helped me through many of those obstacles, I am where I am today to provide a new opportunity for others like myself to play the sport of America’s Pastime for physical and social skills enrichment; to be accepted for who they are, encouraged to be the best they can be, and instilled with confidence needed to fulfill dreams for life on and off the baseball diamond.

The non-profit Alternative Baseball program started in 2016 in Powder Springs as a developmental baseball program for teens and adults with autism and special needs. The first practice was held with a small group of seven players. As time went on, word of mouth news of the program spread as the players continued to improve on the field in all aspects. After a year, we had enough players to split off into two teams. As we looked more and more into expansion, I started joining a lot of Facebook groups to see what the needs were in those communities. 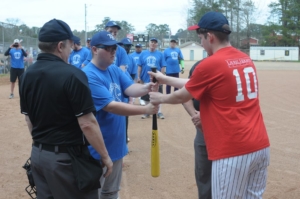 Players take turns gripping the bat to determine who gets the first advantage. Photo courtesy of Taylor Duncan

Man, was I shocked to see that a lot of those communities also had very little to offer for those on the spectrum who were being graduated from high school. Even on a Facebook group based in the Bronx, I would see parents asking, “What is there for my son who is 25 and high functioning on the spectrum?” That was when we first decided we should expand.

As we grew our numbers, we started the second team in my hometown of Dallas in 2018. During our season, we got calls from producers from the TODAY Show, CNN, and ESPN Baseball Tonight, who inquired about running stories on the organization. Once they came, shot their segments, and aired the programs, we started to get calls from many about how they can provide Alternative Baseball in their own rural, suburban, and urban communities across America. Today, we are starting new clubs in 14 states (and counting).

To commemorate the support we have gotten from those across the country, Alternative Baseball hosted its first Ole Time Classic on Sept. 14 at Mt. Paran North Church of God Baseball Park, in Marietta. The game starred players on the autism spectrum (and with other special needs) from varying teams in five states who played against a team of former professional baseball players. Tickets were just $5 per person at the gate. The game was scheduled for the regulation innings, and followed the classic version of the Major League Baseball rule-set.  No adaptations, no rule changes, other than the ball used to accommodate those of all experience levels. 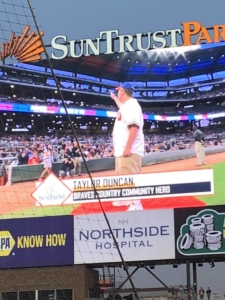 Taylor Duncan waves to an appreciative crowd as the Braves honor him as a ‘Braves Country Community Hero.’ Photo courtesy of Taylor Duncan

The honorary captain for the Classic Baseball Stars was 1957 World Series champion Taylor Phillips, who is known as being the last pitcher to ever pitch inside of Ponce De Leon Park as an Atlanta Cracker. Atlanta icon and longtime Atlanta Braves usher Walter Banks threw out the opening pitch. The umpires wore white shirts and black bow ties, like the original days of our Pastime. The game featured silent auction, where signed items from NHL superstars, San Francisco 49ers quarterback Steve Young, Atlanta Braves icon Chipper Jones, and more will be on display for the general public to submits bids.

For one day, the players on the Alternative Baseball® National Team were known as the RENEGADES. The Renegades will sport throwback jersey/shirts to pay homage to the original Hiram Renegades squad in 2008, when Stephen Thrash (pitcher for the Dallas club) and I were accepted and played together on a team in a traditional youth baseball league for the very first time. The game was huge success and encouraged the general public to come out and support the Alternative Baseball® players as they continued to break barriers and power through perceptions.

Note to readers: Taylor C. Duncan is an aspiring motivational speaker, award winning non-profit leader, and inclusion ambassador from Dallas who was diagnosed with autism spectrum disorder at the age of 4 years. Duncan is 2019 recipient of the J.B. Hawkins Humanitarian Award from the Georgia Sports Hall of Fame, and also spoke at the TedXAtlanta conference in 2019 on the importance of providing opportunity in and outside of athletics for people with disabilities. For more information on Alternative Baseball, please visit this website. 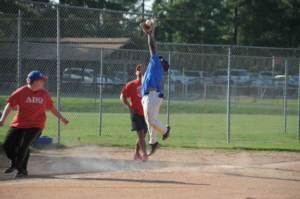 A player jumps to catch a ball and prevent the other team from gaining an advantage. Photo courtesy of Taylor Duncan 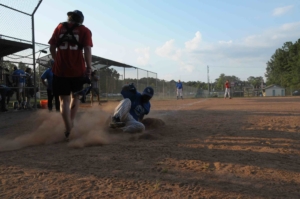 Dust flies as a motivated player slides into home plate during a game. Photo courtesy of Taylor Duncan 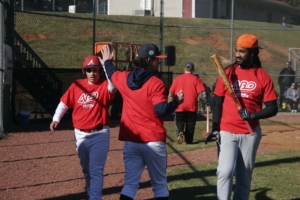 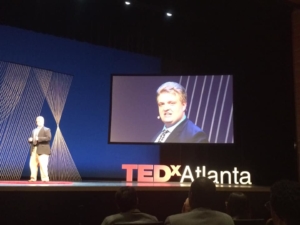 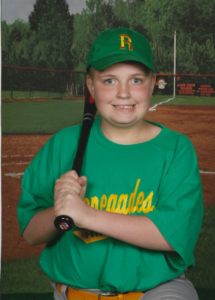 A smiling 12-year-old Taylor Duncan poses like a Big League hero on a baseball card. Photo courtesy of Taylor Duncan