An extraordinary lady – Olga Goizueta – left her mark on Atlanta 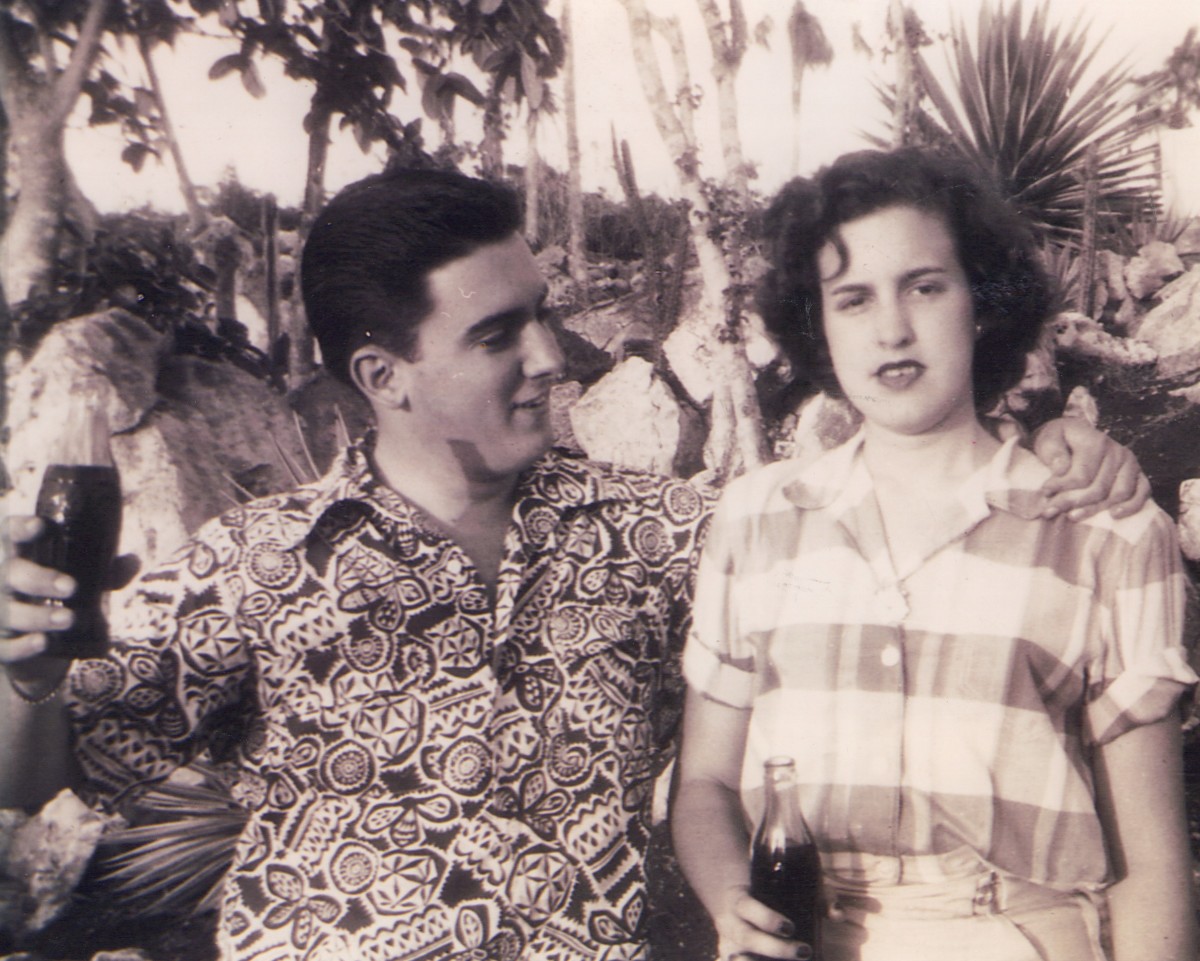 Olga Casteleiro de Goizueta – one of the grandest ladies in Atlanta – passed away Nov. 16.

Fortunately for Atlanta, the legacy of Mrs. Goizueta and her late husband – former Chairman and CEO of the Coca-Cola Co. Roberto Goizueta – will live on through their family foundation and their children.

Mrs. Goizueta relished her privacy, but once in awhile she would open up with me – show her intelligence, grace and humor.

“We could have been friends if you were not a journalist,” Mrs. Goizueta told me more than once. 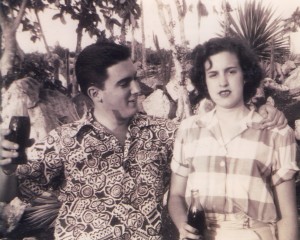 Roberto Goizueta and Olga Casteleiro met as teen-agers in Cuba, were both grew up as part of prominent families.
(Special: The Goizueta Foundation)

Shortly after the death of her husband in 1997, Mrs. Goizueta she took over the leadership of the Goizueta Foundation. Once she had decorated the first office of the foundation in the Riverside complex off Northside Parkway.

She proudly showed off her favorite photo – blown up in full portrait form – of her husband, the former chairman and CEO of the Coca-Cola Co.

And then she took me to a room of photos – chronicling important moments during Roberto Goizueta’s life – going back in time to the days when they were still living in their native country of Cuba.

In looking over the photographs, it was easy to tell how much she missed her husband.

“Some friends tell me to just go back and do what I did before I met Roberto,” she said while pointing to a photo of the two of them when they were teen-agers. “What should I do? Jump rope?”

The photo of the two of them in Cuba is priceless in another way. Both of them are drinking Cokes – holding the signature bottles in their hands.

It was a foreshadowing of what the future would bring. They got married in June 1953. 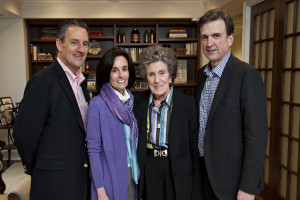 They initially lived in Cuba. Then Roberto Goizueta earned a degree at Yale University and worked for his father. But soon he took a job with the Coca-Cola Co. after he had responded to a classified ad in a Havana newspaper.

After Fidel Castro gained power in Cuba in 1959, the Goizueta family fled the country in 1960 – initially moving to Miami. Mrs. Goizueta never returned to Cuba.

(Roberto Goizueta once had told me he would not go back to Cuba until Castro had left power. To the best of my knowledge, he kept that promise. Fidel Castro lives on, and his brother is ruling the country).

When they moved to the United States, they had three children in tow. They had another son – Carlos – who Mrs. Goizueta called her only American child because he had been born in 1966 in the United States. Sadly, Carlos died in 1970 of leukemia.

As the wife of Coca-Cola’s top executive, Mrs. Goizueta was always professional. Her husband told her she should never wear pants or a pant suit while he was the CEO. 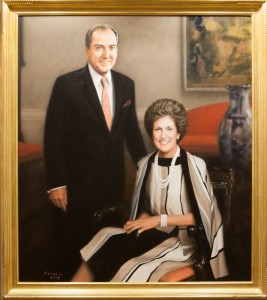 Recently, two of the Goizueta’s children laughingly said that she started wearing pants soon after he passed away.

Although we never were officially “friends,” I had nothing but respect and warm feelings for Mrs. Goizueta.

I always admired how she had evolved into such a strong leader of the foundation – using her husband’s legacy and their family’s wealth to provide opportunities to those in need – especially those of Hispanic or Latin American descent.

But my favorite memory of her will be when we were standing in the photo room of the former Goizueta Foundation offices looking at the photo of her next to Roberto when they were teenagers.

Below you can see Mrs. Goizueta’s official obituary – written by my former colleague – Scott Leith, who wrote it for the Coca-Cola Co.’s website.

Mrs. Goizueta, who was known as Olguita by her closest friends, was an important behind-the-scenes presence during her husband’s long career at Coca-Cola. After his death in 1997, Mrs. Goizueta took leadership of the Goizueta Foundation.

Like her husband, Mrs. Goizueta – formerly Casteleiro – was a native of Cuba. She was born April 18, 1934, in Havana. Olga and Roberto met in their teens. Both came from very prominent families, and they were married in June 1953.

At first, the family lived in Cuba. Mr. Goizueta earned a degree at Yale University and worked for his father, but he soon took a job with Coca-Cola in Cuba after answering a classified ad in a Havana newspaper.

Fidel Castro gained power in 1959 and, the next year, the Goizueta family decided to flee the country. Mrs. Goizueta left for Miami with their three children; Mr. Goizueta followed shortly after. She never returned to Cuba.

The family settled in Miami with very little money and few possessions. Mr. Goizueta did, however, still have a job at Coca-Cola.

Over the years, Mr. Goizueta moved up the leadership ranks and, in 1980, became president of Coca-Cola. He served as chairman and CEO from 1981 until his death in 1997 at age 65.

Through it all, Mrs. Goizueta was a close observer of some of the biggest events in the company’s history. In 1982, Mr. Goizueta successfully led the charge to acquire Columbia Pictures. He needed to win the backing of former Chairman Robert W. Woodruff, a giant figure in company history. Even though Woodruff was in failing health, he still held enormous sway over the proposed deal.

Mrs. Goizueta chatted with Woodruff after the Columbia deal was approved. “He took Olguita Goizueta’s hand and told her he was counting on her husband ‘to run my company for many, many years,’” according to Secret Formula, a history of the company.

Mrs. Goizueta held many leadership roles on her own, through volunteer work with the Atlanta History Center, the Latin American Association, the Atlanta Symphony Orchestra, the High Museum of Art and many others. She was a past member of the Board of Trustees of Emory University, where the business school is named for her husband.

Muhtar Kent, chairman and CEO of Coca-Cola, said Mrs. Goizueta played a vital role in shaping the lives of those around her. “She was an important influence on Roberto,” Kent said. “Olguita provided guidance and counsel that helped Roberto as he led Coca-Cola during a time of tremendous growth and success.

“I had the fortune and pleasure of knowing Roberto and Olguita personally, and some of the highlights of my early career were traveling frequently with them in my territory, which I ran for the company in the mid 90s,” Kent said. “Our thoughts and prayers and sympathies are with the Goizueta family.”

Javier Goizueta is a well-known executive at Coca-Cola, where he is president of the McDonald’s Division. He plans to retire at the end of 2015, marking the conclusion of a 34-year business career, including the last 14 years at Coca-Cola.

Olga Rawls is chair and CEO of the Goizueta Foundation in Atlanta. Roberto S. Goizueta is a prominent theologian at Boston College, where he is the Margaret O’Brien Flatley Professor of Catholic Theology.

The Goizueta Foundation – where Mrs. Goizueta was chair emeritus – has had a sizable impact in Atlanta and beyond. In 2014 alone, the foundation gave grants totaling more than $43 million to groups and institutions ranging from Emory University to Children’s Healthcare of Atlanta.

Previous Article
ACLU’s Maya Dillard Smith: ‘I am unapologetically Black’
Next Article
Time to give our thanks to all of you – our special readers