To avoid a possible stand-off between the Estate of Martin Luther King Jr. and the soon-to-open National Center for Civil and Human Rights, Andrea Young has taken a leave from the board of the attraction now scheduled to open on May 30.

Andrea Young is executive director of the Andrew Young Foundation, which is named after her father, the former mayor of Atlanta who also was an ambassador to the United Nations as well as a civil rights leader who worked side-by-side Martin Luther King Jr.

The King Estate, under the leadership of CEO Dexter King, has accused Andrew Young and the foundation of infringing on the King Estate’s intellectual property rights in the making of historical documentaries that depict Young’s role working with King during the civil rights movement. 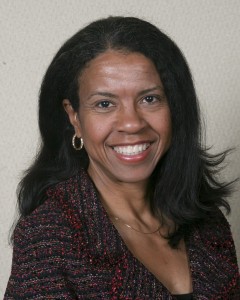 In addition to Dexter King, the other two members of the King Estate are his two siblings — Martin Luther King III and Bernice King. Currently Dexter and Martin have filed a lawsuit against their sister, Bernice, who is CEO of the nonprofit King Center, and that lawsuit is trying to get her removed as CEO and trying to get Andrew Young off the board of the King Center because the Estate says he has infringed upon the Estate’s intellectual property rights.

A few weeks ago, the King Estate expressed concerns about Andrea Young serving on the board of the National Center of Civil and Human Rights (NCCHR) for the same reason.

“I said to the board, because of allegations made by the King Estate against the Andrew Young Foundation and me as executive director, I felt I had no choice but to take a leave of absence from the Center’s board until the matter had been resolved to avoid any adverse impact on the Center,” Andrea Young said in a telephone interview.

Officials from the National Center for Civil and Human Rights had explained to her that “the King Estate had invoked a clause that said if you are a sub-licensee of the King Estate, you can not infringe on its intellectual property rights.”

Andrea Young went on to say that “because I’m on the Center’s board and because the King Estate has made these allegations against me as executive director of the Andrew Young Foundation, they interpreted that as being a violation of that clause.”

One of the main showpieces of the new Center will be exhibiting key papers from the treasured collection of papers from Martin Luther King Jr. that the Atlanta community acquired in 2007 for $32 million. The Center is one of several locations that had been specifically mentioned in the purchase agreement as a place where the King papers could be displayed. The papers actually belong to Morehouse College, and the money was raised through the Community Foundation for Greater Atlanta by then Atlanta Mayor Shirley Franklin.

While she was mayor, Franklin championed not only the purchase of the King papers but also the development of the National Center for Civil and Human Rights. She was closely involved in negotiating the agreement with the King Estate and Morehouse College on the purchase, ownership, management and exhibition of the King papers acquisition.

“We’ve had a great relationship with the King Estate – all three members – Dexter, Bernice and Martin,” said Franklin before the NCCHR’s scheduled board meeting on March 27. “As we get closer to the opening of the Center, it gets more and more concrete. I just naturally expect that there are bumps along the way. and every day brings a new challenge — but certainly none that I feel puts the Center at risk in the short-term or long-term.”

Franklin confirmed that the board did meet March 27 to discuss the issues related to the King Estate.

“We presented the challenges we were faced with — the concerns expressed by the King Estate about the representation of Andrea Young on the board,” Franklin said. “Andrea graciously, and we reluctantly, accepted her request for a leave until all these matters were resolved. It was very hard to do because we are all very fond of each other.”

It is unclear what action the King Estate would have taken had Andrea Young not taken a leave of absence from the NCCHR board. If the Center had been removed as a sub-licensee attraction with the rights to showcase the King papers, one of the Center’s major draws could have been in jeopardy. The Estate also could have made it difficult or extremely expensive for the Center to be able to use images King or his actual recordings throughout the attraction.

“We have overcome obstacles with this project before,” Franklin said. “Here an obstacle was presented 90 days before we are to open. To avoid any negative consequences that could happen, Andrea agreed to take a leave. She wanted to avoid it becoming a problem.”

Going forward, Franklin said it was important to maintain a relatively      harmonious relationship between the three entities — the Estate, the Center and Morehouse.

“We have been in this relationship as a partnership to display the papers,” said Franklin, adding that there is a common purpose and shared vision among the three entities — to make the items available for the whole world to see. “When a partner expresses a concern, you take it seriously. It is a relationship.

Franklin was asked in the King Estate was comfortable with Andrea Young only taken a leave of absence from the board rather than resigning altogether.

“We believe this resolves the concerns of the King Estate,” she said.

Representatives of the King Estate were asked to comment on the situation for this story late Friday, but they had not responded by the time to file this story. If they do respond, we will update the story.

Although it was her decision to take a leave from the board, Andrea Young did not make the decision lightly. As someone who grew up with both her parents closely involved in the civil rights movement helping make the King birthday a national holiday, serving on the NCCHR board was a way to bring that history to life.

“It was a very painful thing to have to,” Andrea Young said about taking a leave from the board. “It was so important for me to be involved with the Center as a board member.”