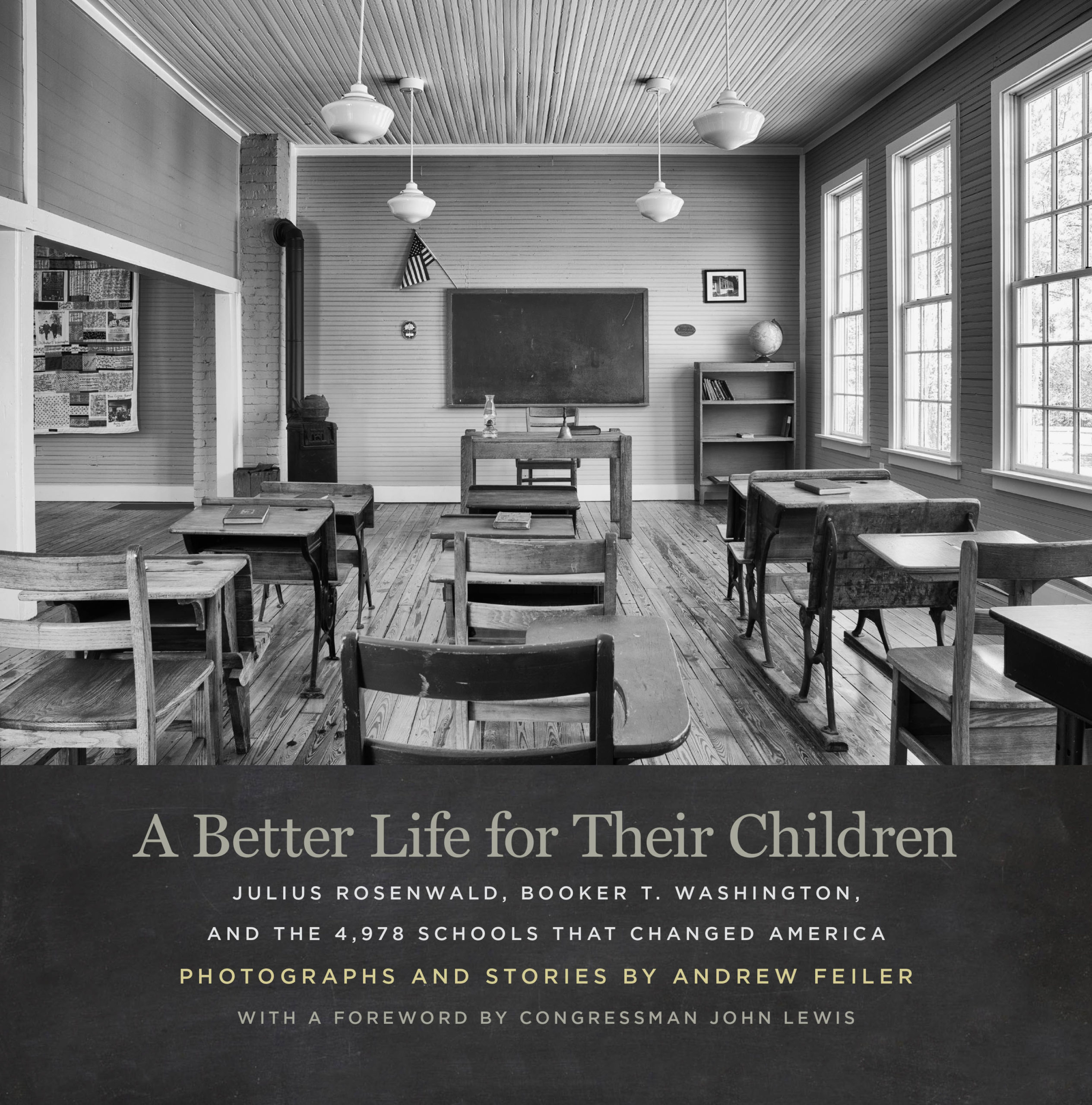 The Metro Atlanta Chamber recently invited photographer and author Andrew Feiler to discuss his latest book, A Better Life for Their Children: Julius Rosenwald, Booker T. Washington, and the 4,978 Schools that Changed America, published in 2021 by the University of Georgia Press.

Feiler’s second published book of photography brings the story of Georgia’s Rosenwald schools to life – born out of a partnership committed to the education of African American children in the early 20th century. Many are still unaware of the role these schools played in the history of the American South.

Coming off his first book, Feiler was developing ideas for his next project. After crossing paths with an African American preservationist, he first heard the story about the Rosenwald schools.

“She [was] the first person who told me about Rosenwald schools and the story shocked me,” Feiler said.

In 1912, philanthropist Julius Rosenwald and civil rights icon Booker T. Washington launched a program to partner with Black communities residing in the segregated South to create schools for Black children.

Before the program launched, Black children attended schools in their living rooms, front yards, church pews or sitting in a field to receive their education. Their schools were severely underfunded stemming from the racism and segregation so prominent in the Jim Crow South.

Julius Rosenwald was a leader and part-owner of Sears, Roebuck and Company and utilized his means to create the Rosenwald grant, funding the schools’ building program. His partnership with Booker T. Washington formed an independent foundation to manage the Rosenwald school program.

Rosenwald encouraged collaboration between Black and white populations by requiring communities to commit public funds and labor to the schools as well as contribute additional donations post-construction.

African American communities raised millions of dollars throughout the South to support better education for their children with white school boards agreeing to engage in maintaining the schools.

The collaboration was monumental as an example of Jewish and African American partnership, united to advance Black education nurturing future scholars and civil rights leaders.

“Julius Rosenwald and Booker T. Washington are reaching across divides of race, religion and region in 1912 America,” Feiler said.

Curious to find any biographical pieces about the history, Feiler began researching the topic finding few published books and no photographic documentation.

Between the period of 1912 and 1937, Washington and Rosenwald launched a total of 4,978 schools across the Southern states to which only a selection of those remains.

“Only about 500 schools survived, half of those have been restored, and I shot 105 of the surviving schools,” Feiler said. “Over the next three and a half years, I drove 25,000 miles across all 15 of the Rosenwald school program states.

With this extraordinary story, it wasn’t immediately clear to Feiler how to visually tell it. After conducting further research, he determined that the architecture of the schools themselves had a compelling story to share.

“I started by photographing the exteriors of these schools, which tells us an architectural narrative, small white clapper buildings and by the end of the program, they’re building one-, two- and three-story red brick buildings,” Feiler said.

The architecture supported the story but not enough to propel it in a way Feiler intended with only half the schools surviving. He knew in order to get a sense of the history and narrative of the school, he needed to see the interior.

Feiler sought permission to see the inside of the schools and met with Rosenwald alumni and staff who proudly shared their own stories.

“That is when I meet all these extraordinary individuals, former students, former teachers, civic leaders, preservationists and I bring their connections into this work for portraiture,” Feiler said.

One of those individuals was former U.S. Representative and civil rights leader John Lewis, who himself attended a Rosenwald school in Alabama. He shared how influential the program was in not only his education but for all Southern Black communities.

“Andrew Feiler’s photographs and stories bring us into the heart of the passion for education in Black communities: the passion of teachers who taught multiple grades and dozens of students in a single classroom; the passion of parents and neighbors who helped to raise the money to build our schools and then each year continued to dig deep to purchase school supplies; the passion of students like me who craved learning, worked hard, and read as many books as we could put our hands on.” Lewis said, in the book’s foreword.

Feiler expressed how proud the community was of these schools that played an important role in their family’s history.

“They’re proud of the role that education has played in the rise of their families,” Feiler said. “They really welcomed me into this extended family because they appreciate me sharing this story that was central to their lives and lives of their family.”

When asked what he hoped future generations would take from this work and the story conveyed, Feiler emphasized the historical significance of the book.

“We often think that problems in America are intractable, especially those related to race,” Feiler said. “But this narrative reminds us that individual actions matter and change the world. I think the center of this story is the inspiration to all of us and all those on the frontlines of change in our communities that our actions in fact matter.”

A Better Life for Their Children was honored with an Eric Hoffer Book Award, an Axiom Book Award Gold Medal, Association of University Presses Book Award and more.

On top of the recognitions and awards received, the book is currently on a traveling exhibition which will be on display at The Do Good Fund Gallery in Columbus, Georgia, on June 25 through Aug. 5.

To buy A Better Life for Their Children visit: