The appointment, which goes into effect on Aug. 13, was made by FAMU’s interim president, Larry Robinson.

Kimbrough, who I had the pleasure of working with at the Atlanta Journal-Constitution when we were both on the business news desk, most recently has served as the senior administrator of Webster University’s two largest Arkansas graduate campuses. Webster University is an accredited 97-year-old non-profit university. Kimbrough also has been a visiting professor at the Arkansas Baptist College. 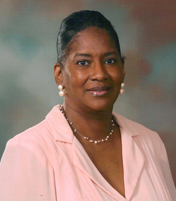 FAMU recently has been in the news after a drum major at the Florida university was hazed to death on parked charter bus in Orlando last fall. The university has since undergone a major restructuring, and it is searching for a high-level administrator to oversee anti-hazing initiatives as well as a new band compliance officer.

Kimbrough has had a diverse career. From 2001 to 2008, she served as chief of staff of the Vernon Jones, then CEO of DeKalb County. There she helped launch a countywide public awareness and educational campaign that led to the successful passage of a $250 million bond referendum.

Kimbrough also has served as president of the Atlanta Association of Black Journalists. Her journalistic career includes having freelanced for numerous outlets, including Georgia Public Broadcasting, the New York Times, Business Week, Time, Fortune, Essence, Black Enterprise, among others.