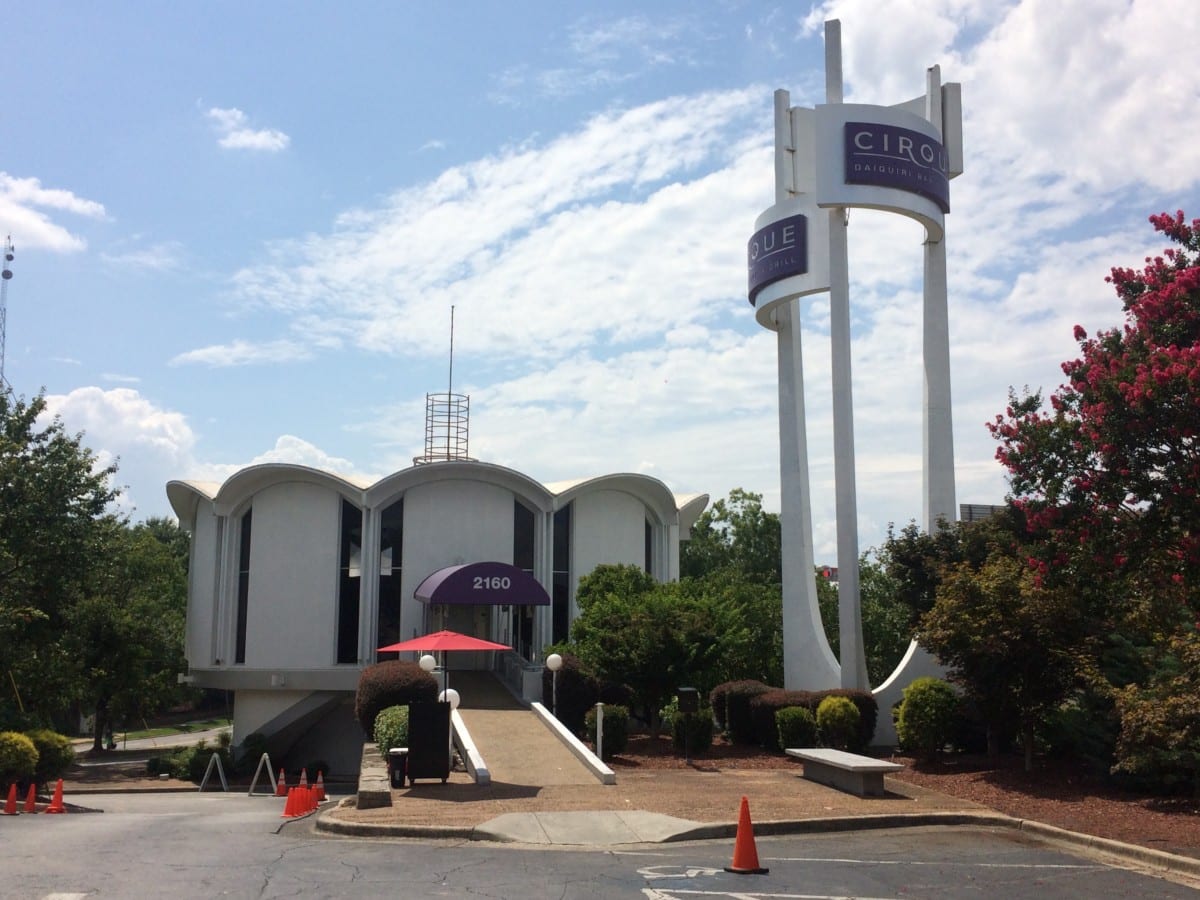 One of the most fanciful buildings in Atlanta is facing possible demolition.

Back in 1963. Atlanta-based Trust Company Bank had property to build a branch along the expressway on land sandwiched by Monroe Drive.

It hired renowned Atlanta architect Henri Jova to design a bank branch for that location. 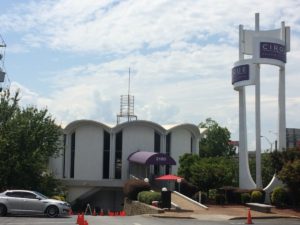 “At the time the building was built, it really was a big step forward for modern design in Atlanta,” said David Rinehart, who was Jova’s partner for more than four decades and who wrote a book on his work. “Because of the site, it was hard to figure out which way to orient the building. He decided a round building would be a solution. A round building would relate itself to the entire intersection of the Interstate and Monroe Drive.”

Now the building is threatened because an applicant – David Blumenthal of Travis Pruitt & Associates – is proposing tearing it down to build a new five-story climate-controlled self storage facility with 85,890 square feet, limited retail and 28 parking spaces.

Seriously? How could we allow one of the most striking examples of modern architecture in Atlanta be replaced by a multistory self-storage building. 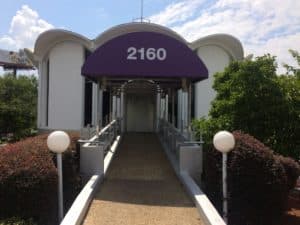 What a loss it would be for Atlanta to lose one of Jova’s works of art. Jova was the architect who designed Colony Square, one of the developments that was decades before its time because it combined residential, hotel, office and retail space in one complex in what has since become one of the most important intersections in Atlanta at 14th and Peachtree streets.

“Henri was able to convince the conservative Trust Company of Georgia that a round building would be the perfect solution for the face of the bank,” Rinehart said. “It was different than the red brick, Greek revival building style of the other banks. At the time, the building really was a big step forward for modern design in Atlanta.”

The unusual design of the bank building helped it stand to cars driving by on the expressway (now the Buford Highway Connector) – making it a building that sought to have both pedestrian and auto appeal.

Over the years, the building has been several restaurants – including PieBar – an upscale pizza place. Today it is a club – restaurant and bar – called Cirque. 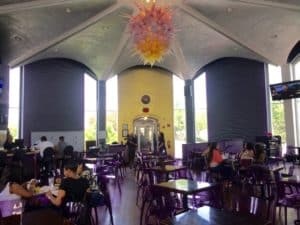 We are at an unusual place in history today when several of Atlanta’s modern buildings are turning more than 50 years old – usually a milestone to declare that a building has historic value.

This building is not just significant for being one of the few examples of early modern architecture in Atlanta. It is also unique in how Jova approached designing a futuristic and inviting building at a complex location.

“The round bank building is a significant mid-century modern building,” Rinehart said. “It’s an exciting building. The interior space is sort of a surprise – it’s exciting and calming at the same time.” 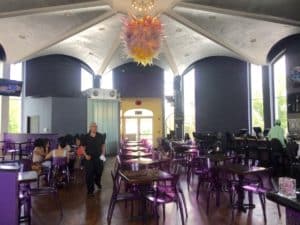 “The structure is especially important not only for its historical context but also aesthetically from a design standpoint,” Rinehart said. “There are so few of these examples in Atlanta.  To destroy it for a generic storage facility without further investigation as to a viable adaptive reuse seems very short-sighted.”

The proposal is one of several for new storage facilities in the area. It was one of several being proposed near the right-of-way of the Atlanta BeltLine. In fact, the BeltLine’s Development Review Committee heard a proposal on these projects at its meeting in July.

As Atlanta is building an urban cityscape along the critically-important BeltLine, what a shame it would be to lose one of the few buildings in that area that offers a sense of place.

Henri Jova passed away on Jan. 13, 2014 at the age of 94. The least we could do would be to preserve the “Round Bank” building to make sure his design legacy survives. 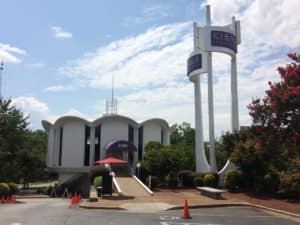