Boys & Girls Clubs of Metro Atlanta has named David Jernigan as its new president and CEO.

Jernigan, deputy superintendent of Atlanta Public Schools, will begin his new role on May 4. Jernigan will oversee the strategic direction and operation for the nonprofit, which operates in more than 20 locations in 10 counties in metro Atlanta.

Before joining APS in 2014, Jernigan served as the executive director for KIPP Metro Atlanta, where he oversaw a network of eight KIPP schools in metro Atlanta.

“For the past 20 years, I have had the privilege of serving the kids and teens of this city,” Jernigan said in a release. “I’ve seen the impact of Boys & Girls Clubs and truly believe this organization has the power to change lives and lift communities. I can’t imagine a better organization with which to begin my next chapter.” 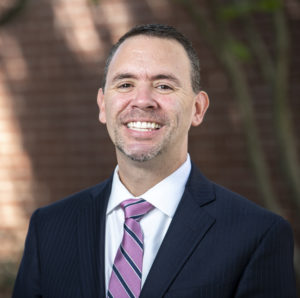 Jernigan’s two decades of work in the field of youth development has focused on helping kids and teens reach their potential.

In his current role at APS, he has been working with Superintendent Meria Carstarphen to execute the district’s strategic plan as well as being in charge of the schools and academics division of APS. Jernigan’s last day at APS will be April 13.

His departure means that APS will be losing its top two administrators. The APS board decided to not renew Carstarphen’s contract, which expires at the end of June.

“David’s extensive leadership experience, ability to forge partnerships, and deep commitment to the children of Atlanta make him a rock star for this opportunity,” she said in a statement. “While he will be greatly missed at APS, I know that he will continue to impact our students in his new role as a key partner of the district. I will be forever grateful to David for taking a blind leap of faith on me as the new superintendent and for putting children first every single day.”

Jernigan will be succeeding Missy Dugan, who announced last September that she would be joining the national Boys & Girls Clubs of America (also based in Atlanta) as its senior vice president of government relations. Dugan had been president of the Atlanta clubs since 2011.

“We are energized and excited to welcome David Jernigan to lead this organization,” said Simon H. Bloom, chair of the corporate board for Boys & Girls Clubs of Metro Atlanta. “The work we do in our Boys & Girls Clubs each day is critical to changing the trajectory of thousands of youth and families in and around the city. I cannot think of anyone better than David to lead our strategic vision as we work to give kids a safe place to go, caring role models, and life-changing programs that will help them reach their full potential.”

Jernigan has received numerous accolades and awards throughout his career. He is a Morehead Scholar and graduate of the University of North Carolina Kenan-Flagler Business School. In 2011, he was selected by the Atlanta Business Chronicle as one of the city’s rising community leaders with its annual “40 Under 40” award. Most recently, Jernigan was named one of the 100 Most Influential Georgians by Georgia Trend.

Here is an email Jernigan sent to APS administrators:

Subject: FW: Update on our journey together: Leadership transition of our Deputy Superintendent David Jernigan

As a follow-up to Dr. C.’s email below, as you can imagine, this has been a very difficult decision as I love our mission and the amazing people with whom I have the opportunity to work every day; the last six years that I have spent at APS have truly been some of the most fulfilling years of my life.

When I moved to Atlanta twenty years ago to become a third grade teacher at M. Agnes Jones Elementary School, I never imagined that I would one day have the honor of serving as Deputy Superintendent for a school system I would grow to love.  Indeed, I still pinch myself often as I walk through the doors of CLL and think about the incredible opportunity we have to impact the lives of 52,000 students, their families, and our community.

I will be forever grateful to Dr. Carstarphen for taking a chance on me and for entrusting me with such an incredible to opportunity to serve (love ya too, Dr. C.!).

While I am going to miss all of you immensely, I am looking forward to a new challenge with the Boys & Girls Club of Atlanta, where I will oversee the strategic direction and operation of the nonprofit, supporting its more than 20 Boys & Girls Club locations across 10 counties in metro Atlanta.  Some of my most formative years as a child were spent at my local Boys & Girls Club in North Carolina, so I’ve seen firsthand the impact of Boys & Girls Clubs and truly believe the organization has the power to change lives and lift communities. I can’t imagine a better organization with which to begin my next chapter.

As I humbly embark on this journey to have a broader impact in youth development, please know I will be drawing upon the lessons and insights I have gleaned from so many of you over the past six years.  I look forward to continuing the work with you over the next couple of months and will be sure to send my contact information before my last day.  Until then…