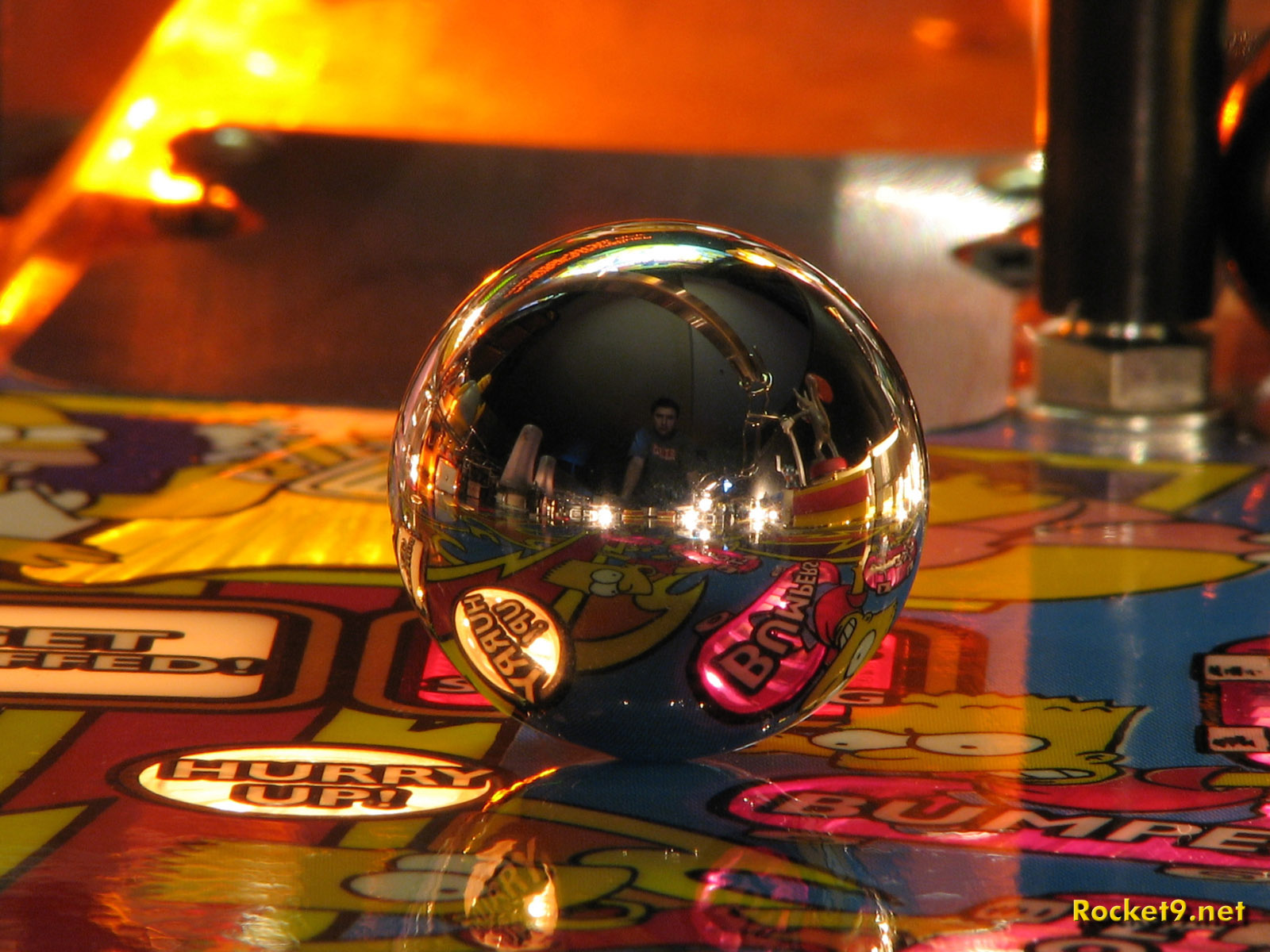 As the world prepared to wage war against Adolf Hitler three-quarters of a century ago, the Atlanta City Council took aim at a homegrown evil.

“These machines lead to gambling and stealing and killing and eventually to a rope around the neck for someone,” said then-Atlanta city councilman E.A. Minor.

Minor was, of course, talking about pinball.

On June 19, 1939, the council voted to ban the machines that he believed “encourage a moral degeneration among our children.” 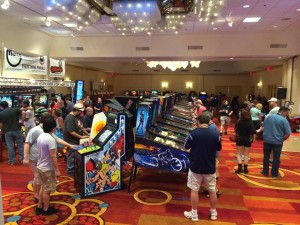 Minor must be somersaulting under the grass. Last Friday, precisely 75 years later, the first Southern-Fried Gameroom Expo 2014 drew hundreds of pinball enthusiasts to a metro Atlanta hotel to play these clanging, pinging machines of depravity and a vice Minor never envisioned: video games.

They came, they played Donkey Kong, Xbox and Ms. Pac Man. They ate pizza. Some bought and sold machines. Some watched top pinballers compete against each other, while others listened to the stories of arcade legends and the saga of “the man who saved pinball.”

There was no deaf, dumb and blind kid, but by Sunday, the temporary arcade at the Marriott Century Center in northeast Atlanta had turned out more than 1,800 would-be pinball and video game wizards.

They are a throwback in the $21 billion gaming industry, to a time before Nintendo, Xbox and Sony PlayStation became household names. Forbes recently reported that 181.3 million Americans play video games—that’s 59 percent of us. But before there were games on our smartphones and computers, you had to go to an arcade to play one that was the size of an ATM. You had to bring a pocket full of quarters or tokens, and plenty of patience if there was a line behind someone who was in the zone.

In those days, the really cool kids had pinball machines in their basements. That never changed in some local homes, like Dana and Joel Reeves’ in Marietta. They’ve collected nine pinball machines, and they’re not alone. 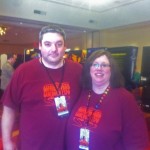 Joel and Dana Reeves, two of the five arcade enthusiasts who put the arcade expo together.

“So many people in Atlanta have arcade game collections,” said Dana Reeves, who with her husband and three of their friends organized the Southern-Fried Gameroom Expo from the ground up in 16 months. “We knew there was a market for it.”

The couple belong to the Atlanta Pinball League, “a group of hobbyists in the Atlanta area that have banded together for fun, challenging and competitive pinball.” They travel to pinball conventions, and wondered why Atlanta, the hustling city too busy to hate any convention, didn’t have one. They pooled their resources and enlisted donations from arcade game owners willing to lend their machines for the weekend. Sponsors joined in, including Microsoft, which supplied and oversaw a roomful of Xbox1 clamshell games.

“It really took on a life of its own,” said Joel Reeves. So much that they already have a tentative date booked for the same location to host the 2015 Expo.

Among the arcade legends in attendance was Billy Mitchell, who claimed the first perfect game in Pac-Man, and who has thrice held the world record for highest score at Donkey Kong. Mitchell is considered by some to be greatest arcade-video game player ever.

Also present was game designer Barry Oursler, a savior of sorts for the pinball era. In the early 1980s, video games began to push pinball machines to the corner of arcades. But pinball machines made a comeback with Oursler’s Space Shuttle. Organizers celebrated the 30th anniversary of that turnaround by raffling a Space Shuttle.

The heaviest action at the expo was the internationally tournament sanctioned by the Professional and Amateur Pinball Association. The final rounds, broadcast live on the Internet Sunday, featured a wide screen that depicted an overhead view of the “play field” of the pinball table as well as the pinballer himself in action. 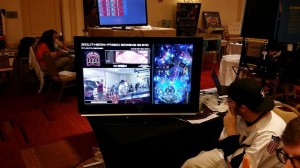 Most of the crowd assembled in the game stared at big flat screen instead of the competitors.

The competition vibe was intense. During the semifinals, top-seeded Joshua Henderson, of Plainfield, Ill., picked the game Spiderman. This meant he had to play first, and gave up the more strategic second player position. When he fell behind, the commentator lit into him.

“I wonder if he’s second-guessing that decision to go second rather than choosing the game,” a commentator said. “I guess anytime things don’t go quite your way in a match you start thinking woulda, coulda, shoulda. But he’s a seasoned veteran. He’s a been playing competitive pinball for a long time and he’s just putting that out of his mind.”

I watched the competition for a little while until the pull of old favorites became too strong. Galaga, which debuted the year I graduated from college (1981) and Asteroids (released two years earlier) reminded me of how many quarters and hours I spent in dark arcades once upon a time. I quickly confirmed that I still suck at Ms. Pac-Man. I couldn’t get past the second level.

It was fun to try a few pinball machines that were new to me: Dracula, Tron, Dr. Who. You can’t hit the flippers without hearing the other Who in the back of your head: Ever since I was a young boy, I’ve played the silver ball….

In another room, my 16-year-old played Super Smash Bros. on a wide-screen TV. She didn’t fare much better, coming in last place every time.

“I was crappy,” she reported.

But at this point in Atlanta history, there’s an upside to losing: We’re just not good enough to be arcade degenerates.

Previous Article
Georgia leading with its investments in nuclear and renewable energy
Next Article
Column: Atlanta YWCA, Georgia Women for a Change to join forces