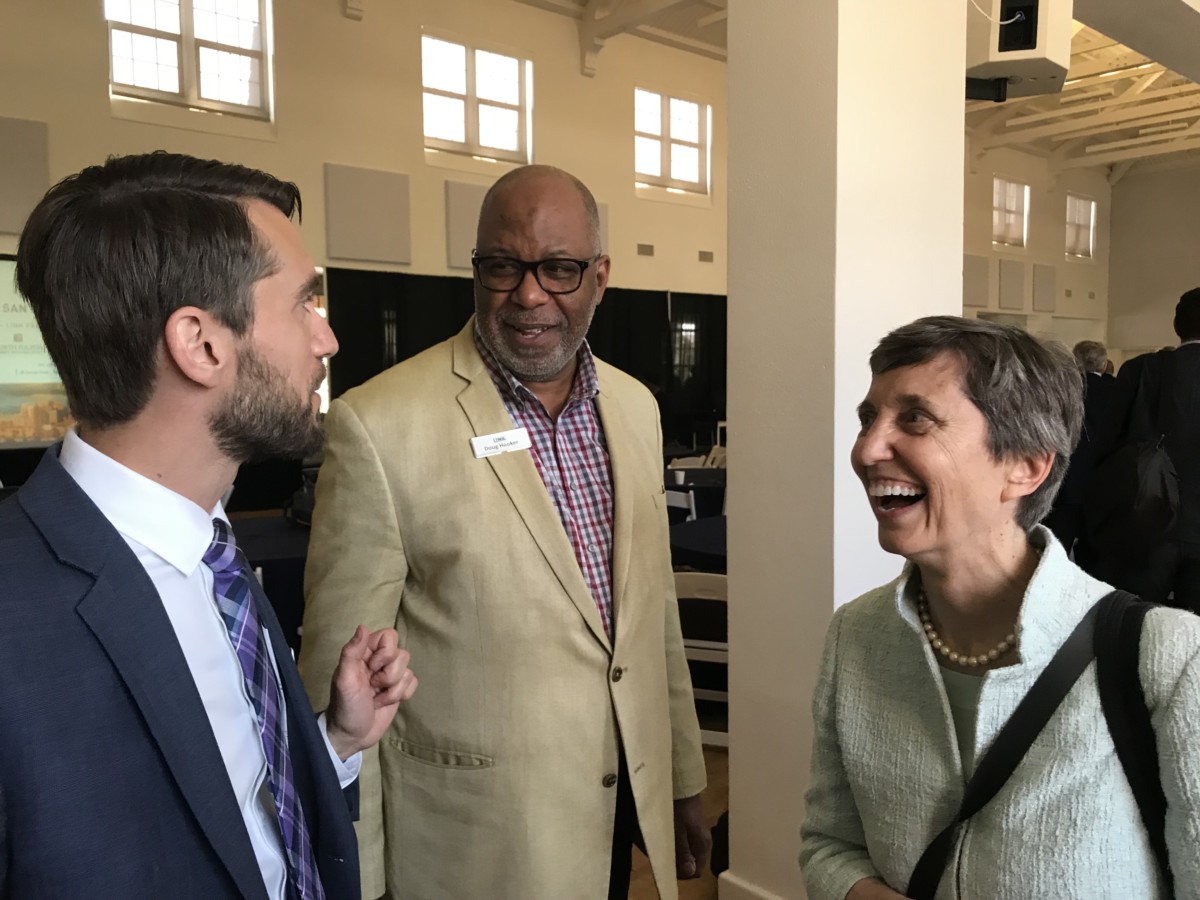 Doug Hooker, ARC’s executive director (enter) with Stephen Causby and Ann Cramer, a citizen activist who is a senior consultant with Coxe Curry & Associates, during the 2018 LINK trip (Photo by Maria Saporta)

Doug Hooker, executive director of the Atlanta Regional Commission since November 2011, told his board late Wednesday afternoon that he plans to retire at the end of next March.

“March 31 is my birthday,” Hooker said in an exclusive interview Wednesday. It’s been a pattern for him to leave a job on his birthday. He stepped down as the city of Atlanta’s commissioner of public works on March 31, 1997. 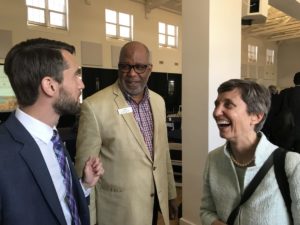 Doug Hooker, ARC’s executive director (enter) with Stephen Causby, formerly with ARC, and Ann Cramer, a citizen activist who is a senior consultant with Coxe Curry & Associates, during the 2018 LINK trip (Photo by Maria Saporta)

The timing worked well in other ways.

“I wanted to give the board the time if they decide to do a national search,” Hooker said. “Six months would have been too short.”

That timeframe also means he will be around to guide the metropolitan planning agency through another session of the General Assembly, which usually concludes at the end of March. A new ARC director then would have nine months to gear up for the 2023 session.

“It has been an honor and privilege to work alongside Doug Hooker for the past nine years,” said Kerry Armstrong, ARC’s chairman who is managing director of the Pope & Land real estate firm. “Doug has brought a depth and breadth to ARC that has served our region well with a myriad of accomplishments. His strategic leadership has continued to provide valuable counsel to the board and our staff.”

When asked about his proudest accomplishments, Hooker said he was most proud of leading then effort to change the culture at ARC to being more open to collaboration – both inside and outside the agency.

One example is the alliance between the four regional partners – ARC, the Community Foundation for Greater Atlanta, United Way of Greater Atlanta and the Metro Atlanta Chamber. The four organizations launched Learn4Life, a regional education initiative aimed at improving public education outcomes in the top five counties. 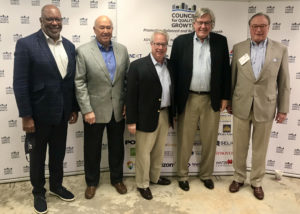 Hooker is also proud of the collaborative relationships that have been established with the regional transportation agencies, and he specifically mentioned Chris Tomlinson, who heads three of those agencies. (Before joining ARC, Hooker was the executive director of one of them – the State Road & Tollway Authority).

Another accomplishment Hooker mentioned was the formation of the Aerotropolis Atlanta Alliance, which has helped bring communities together on the southern part of the region.

And at the end of the legislative session, a bill passed to add Forsyth County to ARC, which will bring the total of counties in the ARC area to 11. It was Forsyth that asked to join ARC.

“We will welcome them officially on July 1,” Hooker said. “It’s the first time since 1993 that we will have added a new member (Cherokee).”

When asked about the top challenges still facing the region, Hooker quickly said the greatest need wasstrengthening the “human infrastructure” – workforce, education and equity. Transit also remains a priority. But equity is central to everything facing the region.

“We are in a moment in the history of this country where people of all races are vocally expressing and questioning the systems that they have created barriers for Black and brown people to be able to have an equal shot at success, not a guarantee but at least an equal opportunity,” Hooker said. 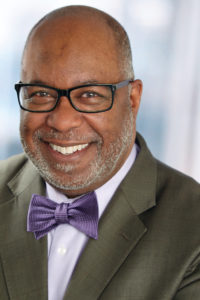 “That’s a moment that we cannot lose with Atlanta being the traditional home of the civil rights movement, and a focus of human rights under President Carter,” Hooker continued. “We owe it to ourselves, and I think we owe it to the nation to be leading the examination and the conversation about how do we create a more equitable society. I’m not saying we’re going to get it done faster than anybody else or better than anybody else. It’s a multi-generational conversation. It’s not a 5-year, 10-year or 20-year thing. It’s longer than that, because it took 400 years to create this mess.”

As to his personal future, Hooker said he definitely plans to stay “engaged in community and civic life,” and that he might do part-time consulting work.

“My only real plans are to study and write music and do some travel with my wife,” said Hooker, who will turn 68 on his next birthday.

“I want us to complete or begin some more initiatives, in order to continue moving the agency forward,” Hooker said. “I don’t plan to slow down. I will be working diligently, up until the very last hour I am with you. I trust that you will be with me as well in this final stretch.”

Previous Article
Pivoting in the pandemic: Tech firm shifts from smart buildings to PPE, back again
Next Article
National spotlight shines on South River as example of environmental injustice