As America negotiates with Iran on nuclear deal – distrust and verify 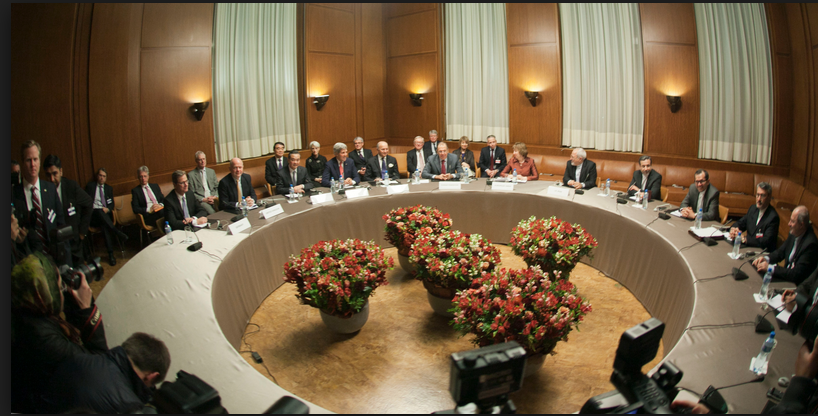 Playing partisan politics with nuclear weapons is simply not worth the risk. America leads with diplomacy, not naïve trust nor with avertable warfare.

Just weeks after Senate Republicans attempted to sabotage nuclear arms control in Iran, a historic framework for a nuclear deal has been reached.

These terms and more were negotiated – without firing a single shot– and if Iran attempts to skirt the rules, global leaders will be able to swiftly and forcefully respond. Negotiations simply avoid two deadly alternatives – one: doing nothing and allowing Iran to produce nuclear weaponry or, two: inevitably launching a world war.

A nuclear-armed Iran undermines global security and puts us all at risk.

These terms and more were negotiated – without firing a single shot– and if Iran attempts to skirt the rules, global leaders will be able to swiftly and forcefully respond, whether that’s two months or one year from now.

President Barack Obama is not the first to attempt a peaceful solution in Iran. Michael Rubin, a former Pentagon official and American Enterprise Institute scholar penned a Wall Street Journal op-ed critical of another president’s approach. He wrote, “Diplomacy is not wrong, but President [George] Bush’s reversal is diplomatic malpractice on a Carter-esque level that is breathing new life into a failing regime.”

Unfortunately, many in Congress have conveniently forgotten diplomacy has always been the American way; it is for the dove and the hawk. The appearance of division only harms the potential deal and does little to assuage fears at home and abroad.

To be sure, Congress has a critical role to play in overseeing national security. However it must not micromanage the final stages of nuclear negotiations.

The stakes are simply too high to undermine a viable, peaceful solution.

With so much at stake for America and her allies, the right solution is to distrust but verify.