The Atlanta Chamber Players performed to a sold-out audience Tuesday evening at the New American Shakespeare Tavern — people turning out because they knew it was going to be an extraordinary night.

“What a special night it is,” said Paula Peace as she took the stage before dedicating the night’s concert to Douglas Sommer, a bass player with the Atlanta Symphony Orchestra who had been scheduled to play that night with the ensemble but lost his battle to cancer on Feb. 27 at the young age of 54.

And while the concert was dedicated to Sommer, the night belonged to Paula Peace — the founding pianist and artistic director of the Atlanta Chambers — who was performing at her last concert in that role.

“You probably heard the news that I’m retiring soon,” Peace told the audience of friends and admirers at the Tavern. 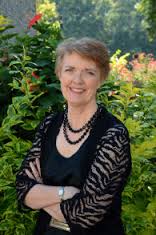 About three years ago, Peace started talking to her board about retiring, and the Chamber Players had to seriously evaluate whether to fold or to continue.

“It’s a dangerous time, a fragile time,” said Peace, who added that the decision was made to go forward and embark on an 18-month succession plan. “I’m thrilled to say they have hired my successor, and I could not be more pleased.”

When the next season begins at the first concert on Oct. 7, Elizabeth Pridgen will be the artistic director of the Atlanta Chamber Players. The Atlanta native who is traveling around the country and the world has most recently been serving as  a Distinguished Artist and Piano Chair at the McDuffie Center, and she holds the G. Leslie Fabian Piano Chair at the Townsend School of Music at Mercer University.

“I will be in the audience with you,” Peace said of the Oct. 7 concert, which will feature Chopin’s piano concertos.

Peace spent a few minutes looking back on her 38 seasons as the artistic director for the Atlanta Chamber Players — remarking on how they are approaching their 40th anniversary year in 2016.

Now Peace said the Chamber Players will be launching a campaign called “the Next 40” “to help secure the ensemble’s future for the next 40 years. “It’s never been at a more critical juncture,” she said while expressing her distaste of asking for money. “This is how we are going to be able to keep going.”

For her last concert, Peace chose a mainly Baroque theme — opening with Johann Joachim Quantz piece — Trio Sonata in D Major. The next piece was the Southeastern premier of the John Harris Harbison composition – “Crossroads” – that several chamber orchestras co-commissioned in 2013. The evening ended with Johann Sebastian Bach’s “Coffee Cantata.” Peace explained her choice by saying that when she is alone playing music for herself, she finds joy and comfort in playing Bach.

Peace has been an incredible presence in Atlanta’s cultural community and has had impact on people’s lives in ways few people would ever know.

She was a true friend of my mother’s, Nora Saporta, as both one of her French students and as a fellow lover of classical music. My parents were faithful patrons of the Atlanta Chamber Players along with a couple of their closest friends — Lucia and Bill Pulgram. The Pulgrams’ son, Christopher, played with the Atlanta Chamber Players for many years.

In fact, Peace offered to have an ensemble play at my mother’s memorial service in my parents’ home in 1999.

That led my sister, Elena, to tell her that she certainly lived up to her name.

So on behalf of all of us who have appreciated the great music and special deeds that Paula Peace has created and given us over the past four decades – Thank You!