Metropolitan Atlanta is going through what might be called an era of de-regionalization.

This is the best way to understand how major trends and events have shaped the region in recent years.  And it may be the most logical context in which the City of Atlanta should consider its best path forward in the future.

By de-regionalization, I mean the fragmentation and diffusion of the civic and economic eco-system that we have traditionally called metro Atlanta.  This region – which as recently as three decades ago contained not more than two million people and whose civic and economic life was centered largely in the City of Atlanta and parts of adjoining Fulton and DeKalb counties  – is now a 10-county region with more than twice the population.

More significantly, it is now a region with multiple economic, social and political centers, including not only the traditional ones in the City of Atlanta, south Fulton and DeKalb, but major newer ones in Gwinnett, Cobb, North DeKalb, and  North Fulton counties, as well as smaller (and growing) sub-centers in places like Forsyth, Cherokee, and Fayette counties.

These counties and localities are all continually jockeying for political influence, resources and influence within the region and state.

This trend toward geographic diffusion and balkanization has been developing for many years, but its continuation and increase in velocity can be seen in at least three major aspects.

First, there is increasing intra-regional competition for jobs and tax revenue.  The flight of the Braves to Cobb County is the most recent high profile example of this, but there are other examples like the relocation of the Atlanta Journal-Constitution from downtown to Dunwoody. 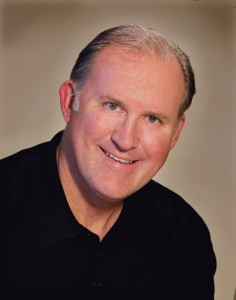 While city-suburban battles for jobs and business investment is present in all large regions of the United States, few have the competitive fervor of metro Atlanta, where at least three major chambers of commerce – Cobb, Gwinnett, and the Metro Atlanta Chamber – battle daily for prestige and economic development victories.

Moreover, the business community, which often preaches the need for a broader regional outlook, is always more than willing at the individual company level to accept the most lucrative basket of tax breaks and grant dollars when making decisions on new facility investments.

Second, we have not been successful in the relatively few “big ticket” regional efforts we have tried.  The most obvious, of course, is the failed transportation referendum of 2012.

But other regional efforts have moved at best slowly and without significant results as well, such as the regional water planning and management initiative that arose out of the drought plagued period of a decade ago.

Regionalism can best defined as multiple political jurisdictions acting with common purpose to achieve a specific result.  In this context, Metro Atlanta lacks a shared history of regional successes that we can build on for the future.

Third, and perhaps most importantly, the recent period in metro Atlanta has been characterized at the political level by a focus on enhancing local governmental autonomy as opposed to regional collaboration.

We have seen – ironically in a part of the United States noted for its distrust of government – an increase in the number of local governments in our largest counties of Fulton and DeKalb.  This trend will surely continue as will efforts in some instances to create entire new counties.

Government is becoming more localized and fragmented in metro Atlanta, and a majority of citizens appear to see the source of solutions to our problems at the level of government closest to the people.

Perhaps none of this should be surprising.  After all, regionalism has always been more about rhetoric than action on the ground.  We don’t pay regional taxes, elect public officials regionally, operate regional school systems or regulate land use regionally.  We do all these things – and most other important functions – at the local (whether county or municipal) level.

None of this is meant to disparage our principal regional agency, the Atlanta Regional Commission (ARC).  ARC has historically been viewed as one of the best organizations of its kind in the country.

It performs many important planning functions and has a particularly meaningful role in a few key areas, like the allocation of federal and state transportation investment dollars.  It is an important convener for local public officials on a range of topics important to the region.

But ARC’s ability to achieve action on a regional level has been limited, and the most powerful political and economic forces now flow at the local level and will likely continue to do so for the forseeable future.

What does this portend for the City of Atlanta and its immediate surrounding neighbors, the core area around which the Atlanta region was originally built?

I would suggest it means that the City should just keep doing what it has been under Atlanta Mayor Kasim Reed’s leadership (and Mayor Shirley Franklin’s before him).  Both mayors deserve great credit for stabilizing the city’s fiscal position during and after the Great Recession.

Looking forward, Mayor Reed’s ability to focus on what makes Atlanta – or any city – a place where people want to live, work, and visit is what I believe will most distinguish his administration.

The mayor has made the full realization of the Atlanta Beltline as a top priority, and he has made the expansion of parkland and green space a priority, particularly its accessibility to all Atlantans.

Reed also is initiating a major project to clean, restore and protect Proctor Creek in northwest Atlanta, a key urban waterway and major tributary to the Chattahoochee River.  And he has laid out a vision for a major reinvestment in “neighborhood infrastructure” – better streets, sidewalks and other community improvements.

These are the ways in which the City will be able to remain competitive, not just within the region, but with other growing urban centers nationally.  As we see nationally a strong trend line toward reinvestment and population growth in our central cities, Atlanta will need to make sure it has an environment that will attract young people, families with children and seniors.

The City of Atlanta (and its immediate environs) has many challenges.

But it also has a strong and improving core in Midtown and downtown, highly desirable “livable/walkable” neighborhoods with rising home values, multiple outstanding universities, the bulk of the region’s medical and hospital research, teaching and patient care capacity, high quality museums and concert venues and one of the nation’s top airports.

A major challenge for the City is to build a quality of life that can continue to allow these assets to grow and thrive — to keep Atlanta moving in the right direction.

Since America ceased being a primarily agrarian nation over 100 years ago, we have been characterized by growing metro areas built around core cities.  For now, regionalism is dormant in metro Atlanta.  But as we find better ways to collaborate and cooperate regionally in the future, it will be critical to have a strong core center.

Notwithstanding ongoing competition for sports teams and other economic assets, our suburban counties will only benefit from a strong City of Atlanta, both economically and reputationally.