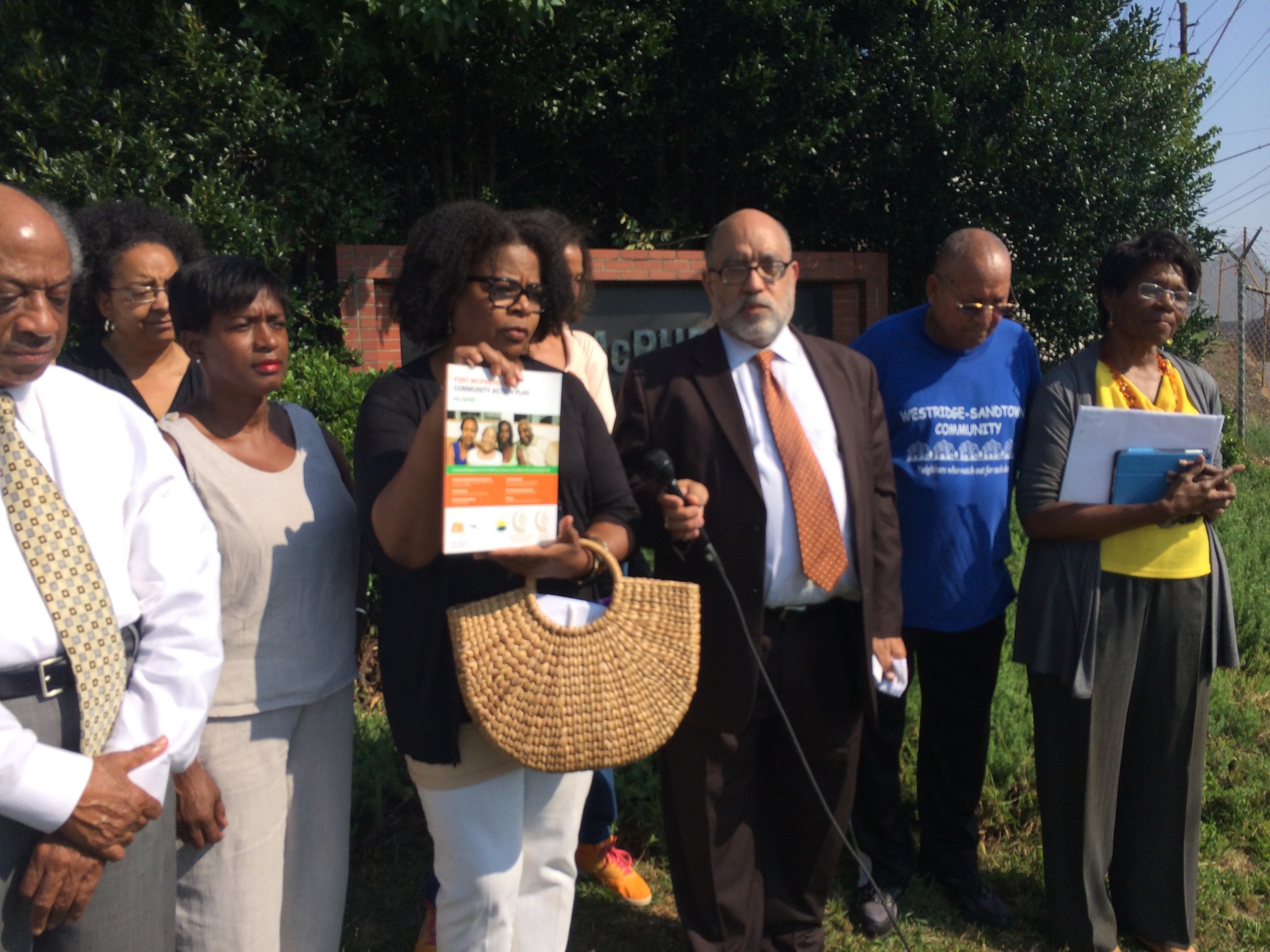 Just as a local authority is negotiating the sale of 325 acres of Fort McPherson to movie mogul Tyler Perry, the Salon.com news site has published an article declaring an end to the Atlanta actor/director’s reign.

The article – “The reign of Tyler Perry is over: Finally, black thrillers come to the big screen” – could cause some to want to put their foot on the brakes of the rapidly-moving effort to try to seal the Perry deal by mid-October.

The deal would involve the McPherson Implementing Local Redevelopment Authority (MILRA) selling 325 of the 488 acres of Fort McPherson to Perry for $30 million so he could expand his movie studio complex, currently located at Greenbriar Mall.

The Salon.com article was written by Michael Arceneaux, who said he is encouraged and relieved by new black film-makers and actors that “don’t involve Jesus, Madea, or an absurdly corny love story.”

For Atlanta, what would it mean if Tyler Perry’s reign is fading? It would be akin to putting all our eggs in one basket. Instead of having a diversified development plan for Ft. McPherson, the overwhelming majority of the fort would be dependent on the highs and lows of just one man’s business success or failure.

Up to now, Perry has had an awe-inspiring rags-to-riches success story. Although he has not received great critical acclaim, Perry has been able to silence his critics by cashing in at the box office or in cable television deals.

It is not known exactly how he will evolve beyond Madea and the formula that has worked for him so far.

The Salon.com article actually made it sound as though Tyler Perry’s golden days hare already passed and that a new generation of black movie directors and actors are now entering the scene — Will Packer, Billie Woodruff, Justin Simien and Ava DuVernay.

Meanwhile, the national press is beginning to take notice of the unusual Fort McPherson deal with Tyler Perry.

USA Today ran a story on Sept. 10 with the headline: “Some question Atlanta’s land deal with Tyler Perry.”

The story had a sub-headline that went on to say: “Some in Atlanta are questioning a plan for redeveloping Fort McPherson: Entertainment mogul Tyler Perry’s deal to buy 300 acres of the former Army headquarters ignores public wishes, they say.”

Meanwhile, MILRA is holding a board meeting on Tuesday, Sept. 16 at 6 p.m. at Fort McPherson.

The board is expected to talk about its plans to meet its obligations to house the homeless, it will hear a report from the Community Engagement Subcommittee, it will open up the meeting to public comments, and it will go into executive session to deliberate real estate issues.

The agenda also states that the next board meeting is scheduled for Oct. 16 at 1 p.m., one day before MILRA has stated that it would like to close the sale of the property from the U.S. Army and sell the land to Tyler Perry.

One possible obstacle that could prevent MILRA from meeting that timetable is the fact that there currently is a federal lawsuit objecting to this transaction. US. District Judge Richard Story has set a hearing for the Fort McPherson case for Sept. 26.