Currently, Zoo Atlanta has been operating out of an animal care facility that used to be a City of Atlanta lawn care maintenance facility.

Within two years, though, the zoo will soon be getting a new animal health center – one that will be 10 times larger than the current veterinary facility.

“This has been a top strategic priority for many years, almost since I joined the zoo,” said Raymond King, president and CEO of Zoo Atlanta since May 2010. 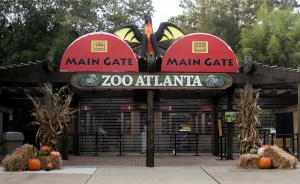 The existing 1,600-square-foot facility is in dire need of being replaced and expanded, King said. The roof leaks, and it is inefficient because animals often have to be taken off-site to get veterinary care.

“I’m amazed our vets hadn’t quit over the years,” King said. “I think they would have if they hadn’t been promised we were going to build this thing. Fortunately, they’ve been understanding as it’s gotten delayed because it’s a very difficult work environment.”

The project has been a long time coming, King said. Ten years ago, it was estimated that the new animal care facility would cost $6 million.

“Unfortunately, the cost of it. has gone up dramatically over the years as construction costs have gone up,” King said. “The design hasn’t changed. It’s just the cost of construction has just gone up so much in the past 10 years, In the period of one month, our cost estimates from contractors went up 39 percent.” 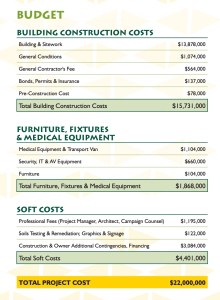 “We’re farther ahead than I expected we would be at this point,” King said. “And we’ve got several significant gifts in the works I feel very good about where we are.”

The plan is to break ground on the new animal care center in April, and King estimated it will take 12 to 18 months to build. It is expected that the new animal hospital will be open by the fall of 2024. The Turner construction firm, which built the veterinary hospital at the University of Georgia, is building the new facility.

It’s just the latest of major projects that the Zoo has undertaken.

”The zoo has done an unbelievable job under Raymond’s leadership,” said David Eidson, owner of the Coxe, Curry and Associates fundraising firm, which has been helping with the animal health center campaign.

“Animal care clinic has been a number one priority for the last 10 years,” Eidson added. “The vets do a great job in a sub-par facility.” 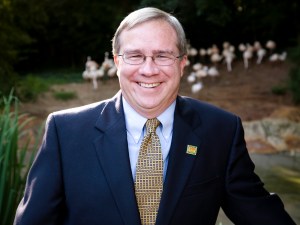 The new facility will be built next to the existing animal care facility on the Atlanta Avenue side of Zoo Atlanta’s property, in an area that is not visible to the public. The facility will transform the care that Zoo Atlanta will be able to provide onsite.

“Literally every animal will benefit from it,” King said, adding that it will have the capability to do X-rays, CAT scans and MRIs. That means animals will be able to receive care at the zoo rather than having to be anesthetized and moved to another location.

The facility also will provide greater learning opportunities for veterinary schools, such as the one at the University of Georgia.

“We’ll have observation rooms where people can come in person and see it,” King said. “But we’ll also have everything wired with technology so that if we’re doing a procedure on a panda, a vet class at the University of Georgia can be watching it remotely.”

There also will be two dorm rooms upstairs where visiting veterinary students can stay while they’re in training. The zoo currently has eight veterinary staff members.

“This will allow us to retain first-class talent, and it’ll help us groom the next generation of zoo vets,” King said. “When you think about it, animal care is at the heart of our mission. If we’re not taking good care of animals, something’s wrong. We do take great care, but it’s just very inefficient, and it’s very difficult for the vets to work in that environment.”

During his leadership, King has been able to financially shore up Zoo Atlanta’s operations.

A chart of how Zoo Atlanta compares to other zoos across the country (Special: Zoo Atlanta.)

“We are in the best financial shape in the history of the zoo – by far,” King said. “Our reserves are at their highest. We have over $10 million in reserves. It used to be we had no reserves.”

The zoo’s annual budget is now $30 million, compared to the $15 million it had when King started.

“We’re generating cash flow, which allows us to reinvest in the zoo,” King said. “It used to be that we would spend about $300,000 on maintenance… We’ve quadrupled to  $1.2 million. It just shows how much healthier we are now.”

King, 57, was asked how much longer he plans to work at the zoo. He jokingly said that he has told his board that he’s on the 2-5-10 plan

“I’m there at least two more years, very likely five years and could be 10 years,” King said. “[I] definitely want to see this project through fruition.”