Anderson, a former executive of BellSouth Corp. and AT&T Inc., also will serve as director of the Federal Reserve System’s management division. In all, about 1,000 people will be under his supervision.

“To me, it’s the marriage of business and public service,” Anderson said. “It is a really high impact policy-making organization during the biggest economic challenge that we have faced in recent times. What makes it so appealing is that it is so central to the economy.”

The board of the Federal Reserve System voted unanimously to appoint Anderson in his new role. As COO, Anderson will be responsible for supporting the administrative governor by “focusing on strategic and over-arching issues such as the oversight of the Strategic Planning Group and optimization of day-to-day operations at the board,” according to the internal announcement of his appointment. 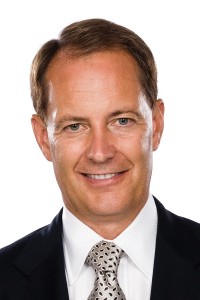 As director of management division, Anderson “will provide expert analysis and counsel to the administrative governor regarding the overall operation of the board’s administrative functions, technology services, and short- and long-term strategic planning goals,” the announcement continued.

Anderson added that his post will not include overseeing the Federal Reserve’s economists or regulatory division.

Before getting the job, Anderson said he interviewed with several of the Federal Reserve’s board members, including Chairman Ben Bernanke, who grew up in Augusta.

When Anderson met with the Fed chairman, Bernanke told him: “Your accent reminds me of home.”

Anderson does intend to get a place to live in Washington, D.C., but he also plans to keep his home in Atlanta, where he has built strong ties.

In 2007, Anderson served as chairman of the Metro Atlanta Chamber. That same year, he left the telecommunications industry.

The following year, Anderson was asked by then-Gov. Sonny Perdue to serve as executive director of the Georgia Regional Transportation Authority. He stepped down from that post about a year ago to go work full time on Karen Handel’s gubernatorial campaign.

But Anderson kept his ties to GRTA, becoming its vice chairman, a position he continues to hold today. Anderson also serves on the board of Children’s Healthcare of Atlanta and as chairman of its Marcus Autism Center.

“I plan to stay involved in the Atlanta community,” Anderson said, adding that he will have a satellite office in the Federal Reserve Bank of Atlanta.