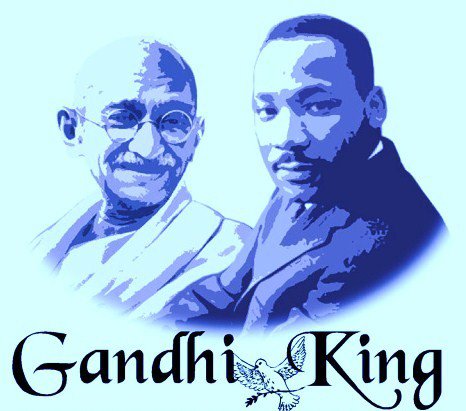 On Sept. 21, millions of people worldwide will celebrate the “International Day of Peace.”

The day has special meaning in Atlanta – a city that has the opportunity to become recognized as a leading city of peace in the world.

This reputation was gifted to Atlanta by Dr. Martin Luther King Jr., who will forever be celebrated as one of the top peacemakers in human history. King also was the most globally accomplished protégé of Mahatma Gandhi: Man of the Millennium (Years 1000-2000). 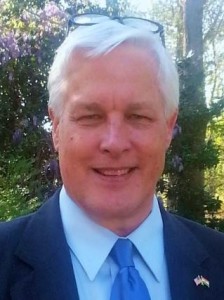 Georgia Gov. Nathan Deal and Atlanta Mayor Kasim Reed, please say “YES to supporting all opportunities of honoring Dr. King’s great legacy and the ideals he defined with his sacrifices and his life with his belief in “The Beloved Community.”

Since you’re big on education, then let’s teach the children in our state about Dr. King’s three defined evils: Poverty, Racism and Violence.

Let’s not be suckers and fall prey to the temptation of easy money. Let’s not allow casinos in Georgia under the false notion that it will be good for education.

If we really want to propel genuine education, hope, health and growth, we would support and create projects that honor Dr. King’s globally-respected peace legacy.

We can teach our students about King’s legacy as well as that of his mentor – Gandhi, who established the biggest democracy in the world – India. 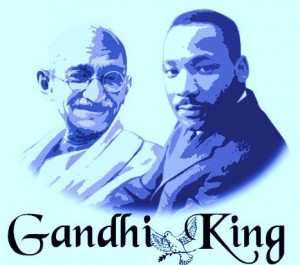 Dr. King called on us to learn from Gandhi when he said: “Gandhi was inevitable. If humanity is to progress, Gandhi is inescapable. He lived, thought and acted, inspired by the vision of humanity evolving toward a world of peace and harmony. We may ignore Gandhi at our own risk.”

Atlanta and Georgia also can benefit economically by rebranding themselves as centers for peace. With the world’s busiest airport and a host of global nonprofits already working to improve the world, we are a city well-positioned to receive an economic windfall by promoting an image of peace.

Gov. Deal, you could become a champion of peace with a slight change to the state’s slogan. Instead of Georgia being known as the Peach State, we could be Georgia: the Peace State!

Additionally, consider this. Many in the United States are now celebrating the 130th anniversary in the 1885 arrival of the Statue of Liberty in New York City. 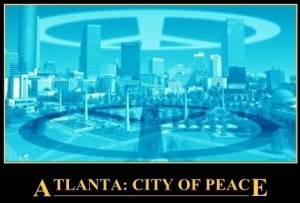 A vision promoted by the group – Atlanta: City of Peace

Perhaps you could invite the beautiful country of France to create “The Statue of Peace” (in Dr. King’s image) for Georgia’s Capitol.

We would like to offer a suggestion. We have already reached out to Jean Cardot, considered to be one of most revered sculptors in France, to elevate his interest. With your official invitation, we are certain Mr. Cardot would be delighted to assist Georgia with the global peace legacy of Dr. King in his birthplace of Atlanta.

And Mayor Reed, we hope you will accept our invitation to promote peace as central to Atlanta’s image.

“Atlanta: City of Peace” is mostly an ideal brand-name that represents the true destiny of Dr. King’s birthplace.

That is a sure bet for Atlanta and Georgia.