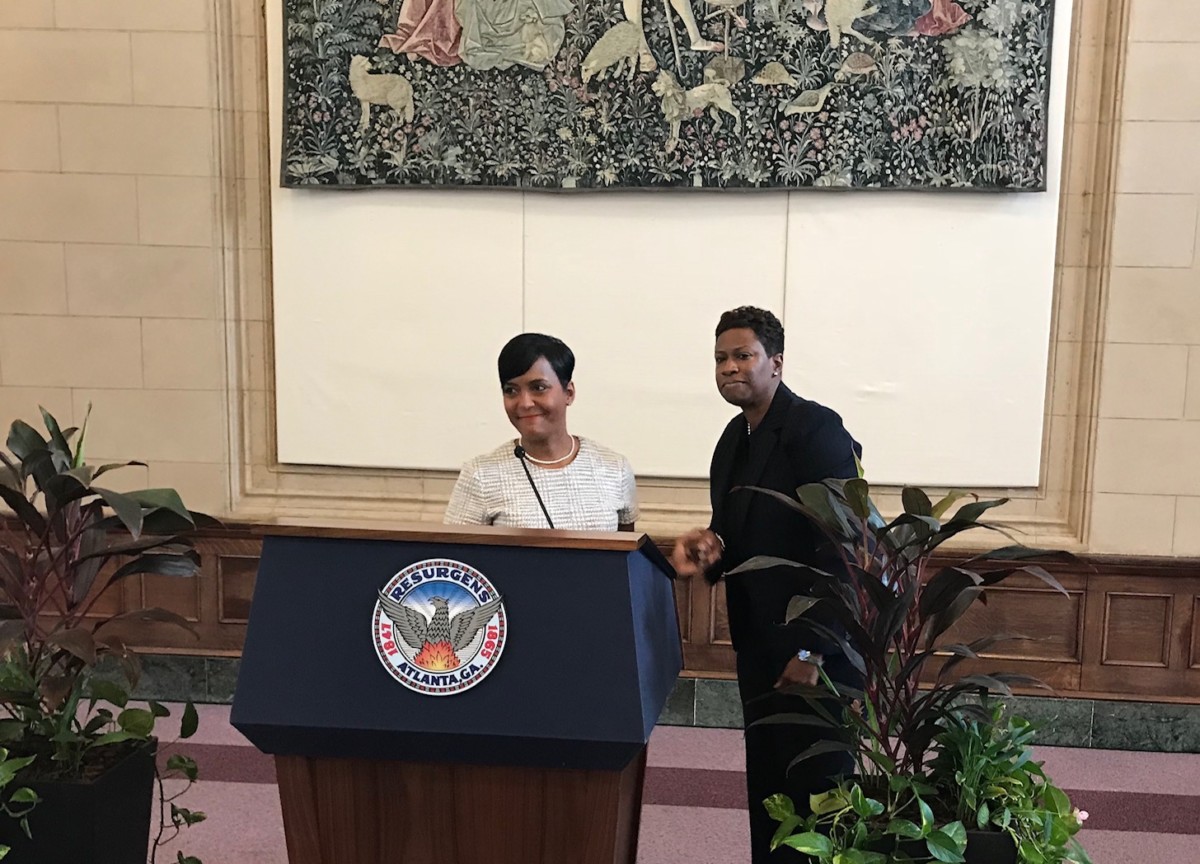 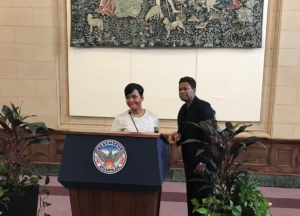 The new cabinet-level position is one of a litany of recommendations from HouseATL, a task force of Atlanta housing leaders (including Lee), providing a path for the pledge made before the mayoral election one year ago by then-candidate Bottoms: $1 billion for affordable housing.

“This is the largest affordable housing investment in our city’s history,” Mayor Bottoms said at a press conference this afternoon.

Lee’s primary role will be to establish goals for the city’s affordable housing strategy and coordinate policy and funding among the various agencies that already work on housing with the city, according to a city press release.

The press conference marked the city’s forward movement on the rest of HouseATL’s goals. The big one: creating or preserving more than 20,000 affordable units over the next decade. That’s 3,000 units annually, according to the HouseATL website.

A spokesperson for the mayor’s office somewhat clarified how committed the city is to the HouseATL recommendations: “City housing leaders are actively reviewing HouseATL’s recommendations to determine how the City can and should commit to action over the next several years, taking keen consideration into policy changes, the availability of funding sources, capacity improvements as well as community engagement and education needs. The goal of producing and preserving 20,000 units is part of this review process and linked to the City’s ongoing equitable housing needs assessment.”

The recommendations envision half of the $1 billion to come from public resources, including publicly-owned land, and the other half from private entities like philanthropists and investors. David Allman, a HouseATL leader who owns real estate investment company Regent Partners, announced the creation of a social impact fund, which will include contributions from other real estate investors.

“It’s fitting that real estate professionals should lead this,” Allman said at the press conference.

Other HouseATL goals include anti-displacement measures, such as relief for those facing evictions or ballooning property taxes, and community education around affordable housing.

Dozens of HouseATL members, including advocates, real estate investors, and public employees, filled the press conference at the Old City Council Chambers, which thundered with applause at the appointment of Lee, a favorite figure who has been with the city planning department for nearly 15 years and has belonged to the boards of the Freddie Mac National Affordable Housing Council, Urban Land Institute Advisory Board, and the Atlanta Collaborative Land Trust as a founding member. 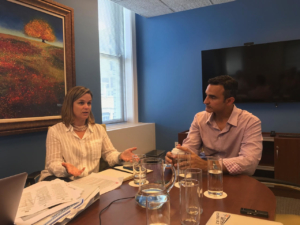 Lee said her focus will be on inclusivity and affordability. “This is about what we can collectively do together,” she said.

Concrete details on a timeline, the location of affordable units, or how affordable they will be are yet to come, though HouseATL has recommended that public funds should prioritize housing for those making 50% of the area median income, which looks like a household of four making $37,000 per year. If adopted by the city, the focus on very low-income individuals would be unique; the city’s affordable housing policy for multifamily developments currently targets those making 80% of the area median income, or a household of four that makes $60,000.

“A lot of plans don’t come to fruition,” said Frank Fernandez, HouseATL member and vice president of community development at the Blank Family Foundation. “That’s why now we’re working with the city toward implementation.”

It’s unclear yet how the new housing officer position will be structured within the administration—the mayor said the administration is currently in the middle of a reorganization—nor how the position will coordinate with other city agencies like the BeltLine and Atlanta Housing, the city’s authority that runs the Housing Choice Voucher/Section 8 program.

“Elected officials say a lot,” Mayor Bottoms said, “but I wanted to make sure that we were on track to fulfilling our promises.”

This story was updated on Wednesday, Oct. 17 to include comment from the mayor’s office.