Mary Grace Herrington, a fundraising executive with a deep media background, is the new chief advancement officer for the Atlanta Ballet.

She was named to the post after the Atlanta Ballet conducted a national search with assistance from the WH Management Group, the same firm that identified Arturo Jacobus and led to his hiring as president and CEO of the Atlanta Ballet.

“It fell into my lap at the first of this year,” Herrington said in a recent Zoom interview. “We were beginning to talk before this all hit. The coronavirus wasn’t happening in the interview stage. As things developed, I told Arturo, I want to hang in there with you.” 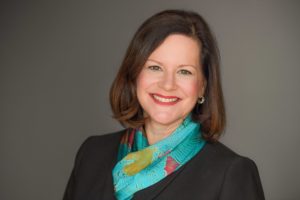 Herrington started with the Atlanta Ballet on May 4. For her, it’s a culmination of her career in fundraising, business and media management. It also gave her an opportunity to work in a field she has been drawn to since she was in school. When she was getting her undergraduate degree in communications at the University of Arkansas in Little Rock, her double minor was in theater arts and dance.

“This is really my passion,” she said. “I have been able to marry my passion with my profession.”

She then quoted Mark Twain by saying: “Find a job you enjoy doing, and you will never have to work a day in your life.”

The Atlanta Ballet job also gave her an opportunity to move to Atlanta, a city she has loved since first visiting here when she was six years old and a place where her daughter and other family members already call home.

“Atlanta is the New York of the South. I have always been drawn to the Southeast, and Atlanta is the capital of the Southeast,” said Herrington, who has spent most of her career in the Midwest but most recently was living in northeast Florida with her husband, a retired local government employee who was the city manager of Des Moines, Iowa for many years. “We have missed being close to the arts and culture.” 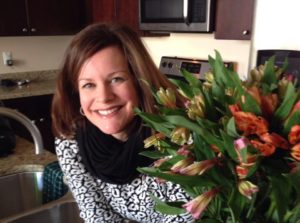 Herrington most recently served as vice president for development at Forté Foundation, and she previously served as the chief development officer for ideastream – the home of PBS, NPR and classical music serving Cleveland and northeast Ohio. Before that, she was executive director of Iowa Public Radio from 2009 to 2013.

Herrington cut her teeth in the fundraising when she worked as assistant vice president for advancement operations at Creighton University in Omaha, and she developed a real interest in raising money for worthy causes. That’s why the Atlanta Ballet job appealed to her.

“The job I interviewed for is different than the job I’m doing now because of the environment,” Herrington said about COVID-19. “We canceled our Spring season. The health and safety of the Atlanta Ballet community is most important.”

When they canceled the season, the Atlanta Ballet gave its season ticket holders the option of getting a full refund or donating those tickets back to the organization. About 41 percent of the season ticket holders donated them back to the Atlanta Ballet. Several donors also have made special “five-figure gifts” to help the dance company during this time. 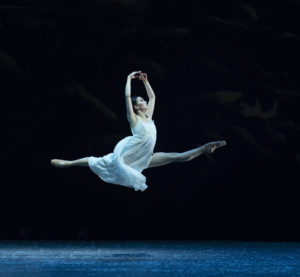 Herrington is delighted with the positive response of the Atlanta Ballet family in how it’s working through the challenges related to the pandemic. It is developing various scenarios for its upcoming season – from business as usual to a virtual experience or a hybrid of both. It also has beefed up its technology so it can offer online classes.

“Now more than ever, Atlanta Ballet has an opportunity to share the joy and power of dance with an even greater audience given the benefits of digital platforms,” Herrington said. “I think it’s a thrilling time to be a fundraiser.”

In some ways, the Atlanta Ballet is fortunate. It completed a major capital campaign in July 2019, so now its focus is making sure it can raise money for its annual budget.

“The support from our board of trustees and the community has been amazing,” Herrington said. “We are all in this together. We are going to make this work.”

Miss Dorothy
BALLET ON THE MOVE
One Plus One = Three
Atlanta: A Growing Dance City…but How to Sustain?