In the late 1970s, an Atlanta man named Wayne Smith envisioned connectivity from every pocket of the world, creating a global sense of friendship. He wanted to foster citizen diplomacy, giving folks from different countries the chance to connect on an individual level, rather than just relying on news headlines or the latest in pop culture.

With the help of then-Governor Jimmy Carter, Smith established a global network called Friendship Force International. What began as a grassroots Atlanta-based nonprofit has grown into an international network of 63 countries and 15,000 active members that’s celebrating its 45th anniversary this month.

Here’s how it works: Anyone can join one of Friendship Force’s local clubs — there’s over 350 — and can volunteer to host an individual or group from another country and show them around your city, offering a look into your daily life. Members can also sign up to travel abroad themselves.

Many hosts and visitors describe the experience as unifying, offering an intimate connection with a different culture. 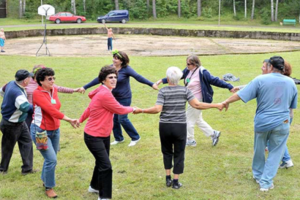 Ivan Ziegler of Long Island added, “The most touching and impactful was the relation that was created between the four of us.” (Photo courtesy of Friendship Force International)

One member from Long Island wrote, “We shared laughter and warm feelings and a permanent bond was created. At the conclusion of the week, as the four of us were standing on their roof and launching two lighted air kites that floated into the distance, we promised each other the friendship that was created between us would never end. The tears flowed when we finally said goodbye at the airport.”

Another member shared, “We now call the two women that we hosted ‘our sisters in Colombia.’”

This idea is called “kitchen table diplomacy,” which President and CEO Jeremi Snook described as a phrase coined by First Lady and Honorary Chair Rosalynn Carter.

“When you sit across from somebody at the table, you really get to know them as people. Through that interaction, things that are discriminatory, stereotypical or biased, then fall away. You connect human to human,” he said. “Let’s put politics aside, let’s put propaganda and media aside, and let’s just meet the people of a country.”

Traveling is a vital component of the organization’s approach, so when COVID-19 caused most international travel options to halt, their revenue plummeted by 80 percent.

“We really thought it was the end of our organization,” Snook said. 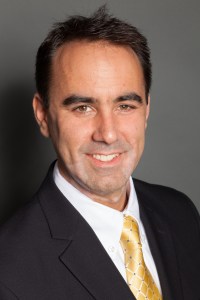 But luckily, it wasn’t. Friendship Force’s members rallied together and raised over half a million dollars to help the nonprofit keep its doors open.

“We have never in our history seen that kind of outpouring of support,” he added.

Snook believes that the nonprofit has such staying power — with its legacy stretching over four and a half decades and withstanding a global pandemic — because folks want to connect with people different from themselves and to feel part of a community, maybe now more than ever.

“We see what’s going on in Ukraine and Russia… and there’s always this question of feeling like, ‘What can we do?’” he said. “Friendship Force helps to answer that question. Being part of a global movement that believes that everyday people, citizens like you and me, in countries all over the world can make a difference.”

Friendship Force has clubs and members in Ukraine and Russia, and the organization aims to support citizens in both countries while continuing to be staunch advocates for peace.

“War and violence is never the answer. This is a world of friends, and we need to try to find understanding and common ground,” Snook said. “There’s power in citizen diplomacy. Our common humanity is what gets lost in moments like this.”

As the Friendship Force International team celebrates the nonprofit’s 45th anniversary, Snook is looking toward the future, hoping to offer unity during a time when the world desperately needs a dose.

“I think a strong argument can be made 45 years later that there are new divisions and deeper divisions. When you’re isolated from travel, you’re at a distance from other people and the only information of the world you’re getting is through social media; these divisions are even deeper than ever,” he said. “A mission that was relevant in the late ‘70s at the height of the Cold War, when we really needed to heal and bring the world together — Man, it’s really needed now more than ever.”

Previous Article
Housing identified for condemned Forest Cove’s residents “may not match the need”
Next Article
MARTA has Successful Week in Washington, Wins Millions in Federal Support for Expansion Projects