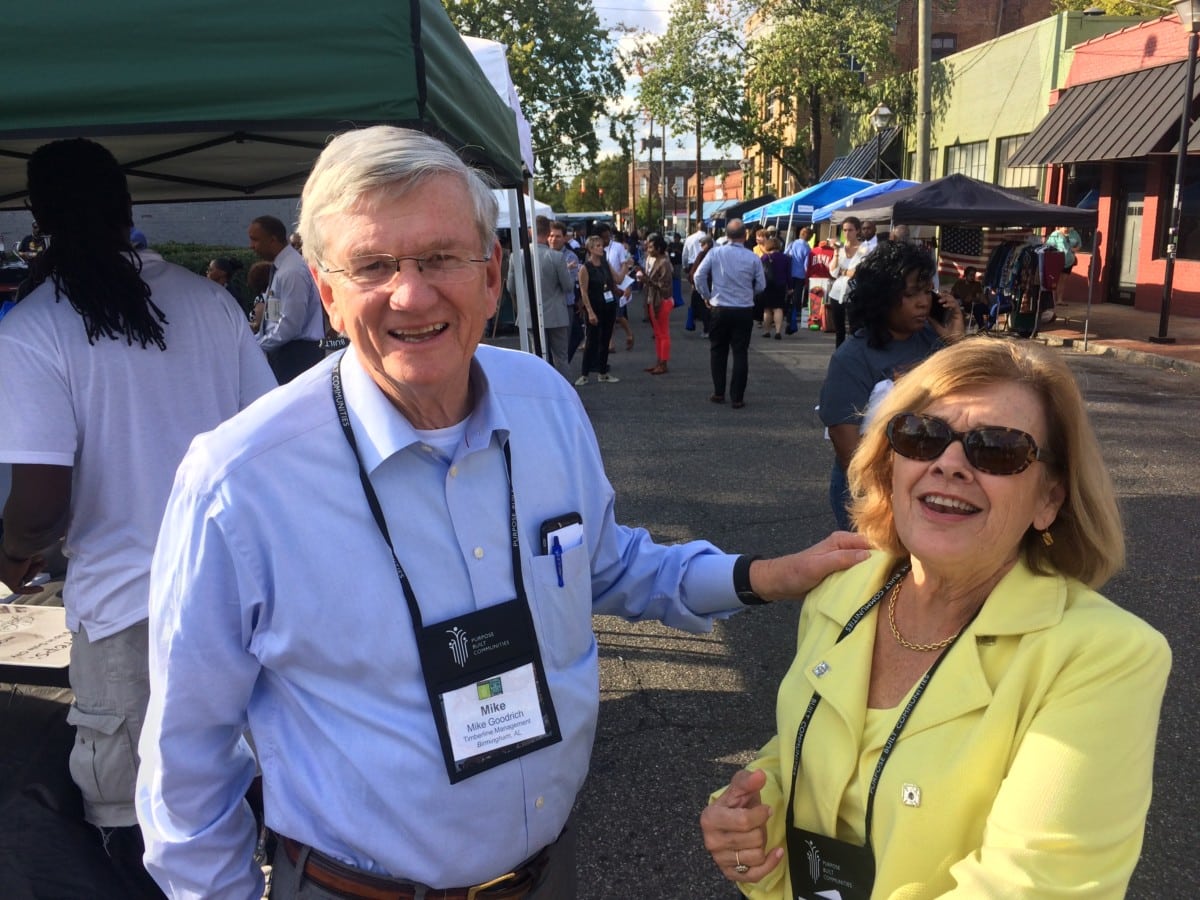 By Maria Saporta
As published in the Atlanta Business Chronicle on Oct. 21, 2016

Mike and Gillian Goodrich beamed with pride on Oct. 17 as more than 400 people from around the country toured the formerly distressed Birmingham, Ala., community of Woodlawn — looking at how the neighborhood was being transformed. 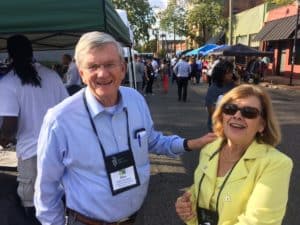 The out-of-town guests were attending the seventh annual conference of Atlanta-based nonprofit Purpose Built Communities— formed in 2009 by developer Tom Cousins as a way to replicate in disadvantaged neighborhoods across the country the revitalization model that successfully turned around Atlanta’s once-troubled East Lake Community.

The conference had a decidedly Atlanta flavor: In addition to all the Purpose Built executives who were present, the conference heard from Atlanta Public Schools Superintendent Meria Carstarphen; Bill Bolling, chair of the Food Well Alliance; and Ryan Gravel, an urban planner who first proposed the concept of the Atlanta Beltline. Former Atlanta Mayor Andrew Young also was to close out the three-day conference on Oct. 19 with reflections on a life of service.

Studies have shown that extreme poverty is place-based — often concentrated in select urban neighborhoods. The most successful way to turn those places around is by focusing efforts in three areas: developing mixed-income housing; providing a strong cradle-to-college educational system; and improving a community’s access to health and wellness. A community “quarterback” is needed to work with residents and keep the three parallel objectives on track. 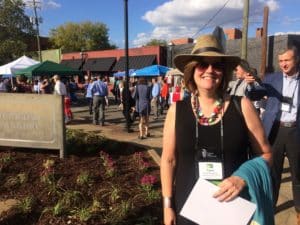 “It is not one that’s easily implemented because you have to do all the pieces at the same time,” said Mike Goodrich, who spends nearly half his time working to improve Woodlawn. “Purpose Built Communities are great partners.”

Goodrich, whose father Henry Goodrich was a long time director of Atlanta-based Cousins Properties Inc., had been following the East Lake model. He and his wife Gillian then started the Woodlawn Foundation to serve as the “quarterback” for the multi-pronged revitalization effort. By 2010, Woodlawn had become one of the communities in the Purpose Built network following the East Lake model.

That enables Purpose Built to provide free consulting services to its network partners, which now total 16 communities across the country. It also is working with another 30 communities that could eventually join the network. 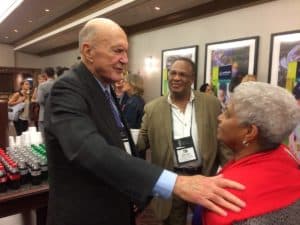 Only highly distressed communities can join the network, according to David Edwards, CEO of Purpose Built, who succeeded former Atlanta Mayor Shirley Franklin in that role.

Poverty rates must exceed 40 percent; schools must be performing in the bottom 10 percent of the district, unemployment must be at least three times the national average, vacancy rates need to be at least 20 percent and the community must have poor health outcomes.

Carol Naughton, president of Purpose Built, said 825 neighborhoods across the country meet that criteria, saying they are “ripe” for Purpose Built. “Y’all represent about 50 at this conference,” she told attendees, adding the Purpose Built model is be highly customized for each community.

Take Woodlawn. The community had been in a downward spiral for decades, losing population with the advent of poverty and crime. The Birmingham School District even considered closing the historic Woodlawn High School, the heart of the community.

“We convinced the school board of what we were trying to do,” Mike Goodrich said. “The timing was fortuitous.”

Instead of closing, the Woodlawn Innovation District was established, encompassing five schools (elementary, middle and high schools) and about 3,200 students. Woodlawn also has a $7.1 million capital campaign to build out a comprehensive early learning center.

Sally Mackin, executive director of the Woodlawn Foundation, said the test was whether they would be able to “move the needle” in academic performance. 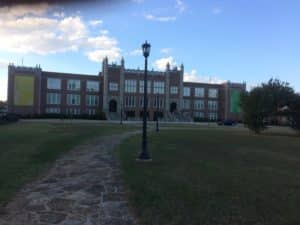 “We have seen graduation rates increase from 50 percent to 78 percent in the last five years,” she said, adding an urban farm has opened next to Woodlawn High School. “Students are learning how to grow vegetables, and they’re selling vegetables in the carpool lanes. They’re learning a business.”

Scotty Feltman, a teacher at Woodlawn who manages the farm, said plans exist to add an orchard. Students get paid to work on the farm, and they often end up buying vegetables to cook at home.

At the same time, health providers have expanded services in the area. And several new mixed-income housing developments have been built or are under construction.

“The first two or three years I really wondered whether this was going to work and whether we would make a difference,” said Mike Goodrich, adding it likely will take another five years for the turnaround to really take hold. “Now you can see difference. People have a bounce in their step. It’s been really rewarding.” 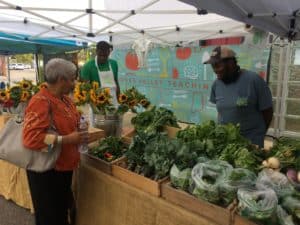 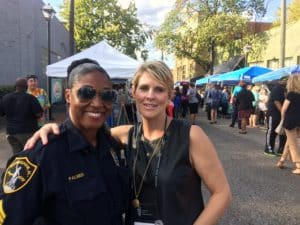