The private, fund-raising arm for the Atlanta BeltLine Partnership has named Atlanta native Chuck Meadows as its new executive director.

Meadows, who served as vice president of public policy for the Metro Atlanta Chamber, where he worked for seven years until this past August when he became co-founder and president of Jim Adams LLC, an urban agriculture social enterprise. He now will become board chairman of Jim Adams.

Meadows is succeeding Valarie Wilson, who was the founding executive director of the BeltLine Partnership until she left earlier this year to run for State School Superintendent. 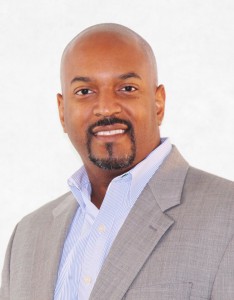 “We are so fortunate to have identified someone equally familiar with Atlanta’s neighborhoods and the policy issues impacting them,” said Charles Shufeldt, the chairman of the BeltLine Partnership. “Chuck’s experiences in government and his work in transportation and economic development will be a powerful addition to the team that has been so instrumental in the Atlanta BeltLine’s success to date.”

“Valarie helped chart the course that we’re on today, and Rob has been a steady hand on the rudder since,” Shufeldt said. “Chuck arrives at a critical time to work with Rob and the team to help ensure the Atlanta BeltLine lives up to the community’s expectations and is delivered equitably around Atlanta.”

Meadow has a strong , multi-faceted background. He grew up in Washington Park, a neighborhood on the Atlanta BeltLine’s Westside trail (the ground-breaking on that segment – from Washington Park to Adair Park – just occurred less than two weeks ago).

He graduated from Morehouse College and Harvard University’s Kennedy School of Government.

In fact, his career has included broad-base of experience in business, city and state government. Before joining the Chamber in 2007, Meadows was chief of Budget & Fiscal Policy for the City of Atlanta during Mayor Shirley Franklin’s administration from 2003 to 2007.

In his different leadership roles, Meadows has focused much of his efforts on transportation, economic development and other areas critical to the Atlanta BeltLine.

Meadows is scheduled to start his position at the Partnership on Dec. 1. In his role with the privately-funded, nonprofit organization, he will work with neighborhoods, businesses and community partners to raise awareness and support for the Atlanta BeltLine.

The Partnership has been largely responsible for raising the private funds from individuals and foundations for the Atlanta BeltLine. It also has a close working relationship with the public agency – Atlanta BeltLine Inc., which is in charge of implementing the project.

When the Atlanta BeltLine recently broke ground on the Westside Trail, it highlighted a significant public-private $43 million investment in multi-use trails, green space and preparation for future transit on Atlanta’s Westside. The Partnership reached an important milestone in its $12.5 million capital campaign to support the building of the Westside Trail, raising $10 million to secure an $18 million federal grant for the project.

Previous Article
Diabetes is a costly epidemic! Learn more about it now, before Thanksgiving’s temptation to over indulge.
Next Article
GSU awaits a Turner Field of dreams