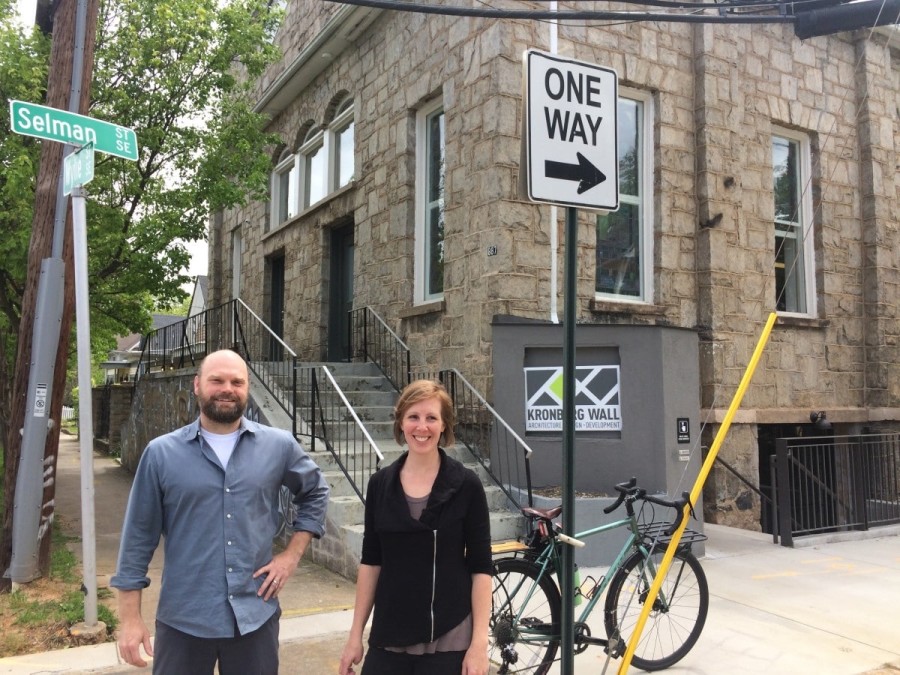 The success of the Atlanta Bicycle Coalition can be measured in the frequency the nonprofit has had to move its offices in the last eight years.

And now the Coalition is on the move again.

During the last week in April, the ABC will be moving from its current offices on Kirkwood Avenue SE to a few blocks away on the ground-floor of a church building. The former Bearden Temple on Wylie Street recently was purchased and renovated by the architectural firm – Kronberg Wall. 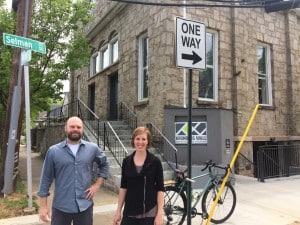 Rebecca Serna, ABC’s executive director, said the Coalition outgrew its current space – where it has been for three, and it was looking for new offices near the central city.

Transportation consultant Heather Alhadeff was aware of the Coalition’s needs. She happened to be meeting with Eric Kronberg on another matter in December, when she saw that the ground floor space was available.

Immediately, she told Serna about the possibility.

The ABC co-locating with Kronberg Wall works in more ways than one. Kronberg is a big advocate of new urbanism and “car-optional neighborhoods.”

The firm has a blog that addresses the development of urban areas, and half of the 10 people who work for the firm us alternative forms of transportation to get to work. Two are hard-core cyclists, two others are intermittent cyclists and one walks to work.

“We care about alternative transportation methods because it makes for a better neighborhood,” Kronberg said. “We are happy to have the Atlanta Bicycle Coalition move in to our building.”

The 1920-21 building also has been used as a gathering spot for some of the meetings of Congress for a New Urbanism, and on April 21, there will be a program called “Streets Designed for Placemaking & Safety.” 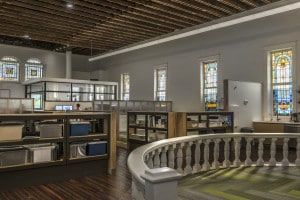 The interior space of 887 Wylie St., the building owned by the Kronberg Wall architectural firm (Photo provided by Kronberg Wall)

During the interview, Serna and Kronberg quickly started conversing about everything from bicycle parking to protected bike lanes to the city’s existing infrastructure.

“We have the asphalt,” Kronberg said. “We just need more strategic uses of the the pavement.”

The Atlanta Bicycle Coalition is celebrating its 25th anniversary this year – a testament to how the organization has improved the use of cycling as a way to get around – either as a commuter or a recreational rider.

When Serna started with the organization nearly eight years ago, it only had one full-time director and another part-time person. When it moved three years ago, it had three employees.

Today, the ABC has seven full-time employees as well as two bicycle valet employees on contract.

“There’s been such a groundswell of support from the people who want to get around differently,” Serna said. “We’ve been growing, and we’ve hired a volunteer coordinator and a business outreach coordinator.”

The organization also has been the inspiration as well as the coordinator of the Atlanta Streets Alive events where city streets are closed off to cars for four hours on a Sunday so people can experience Atlanta on foot or bicycle or skateboard or any other kind of non-motorized form of transportation. It held its most recent Streets Alive on Sunday, April 17 on the south side of the central city. 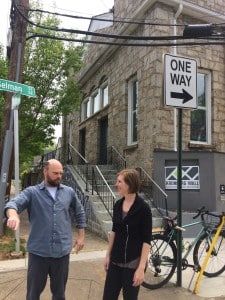 ABC will work with a moving company that uses bicycles when helping people move. It’s the second time ABC has worked with bicycle movers for its office move.

The new offices will have several amenities for the Coalition. The 2,000 square foot space will be big enough to house all the employees, and the office has a shower so that cyclists can clean up after a hard ride.

They also are planning to locate more bicycle parking on the property, which has no spaces for off-street automobile parking.