Atlanta biz leaders on GE HQ loss: ‘We did everything we could do’

By Maria Saporta
As published in the Atlanta Business Chronicle on December 18, 2015

On the night of Oct. 1, as hundreds of people were paying tribute to Chick-fil-A CEO Dan Cathy at the Council for Quality Growth’s Four Pillars Award event in Atlanta, a top-secret group of leaders was having dinner at the Governor’s Mansion with key members of the General Electric Co. exploratory committee looking at possible cities to base the corporate headquarters.

Atlanta Mayor Kasim Reed left the Cathy dinner early so he could visit with the executives of GE, including Ann Klee, chair of the committee.

“Things are really hot,” one person close to the process said during that time.

But by Nov. 16, Georgia officials began getting the word that GE, a Fortune 8 company, would be staying in the Northeast and that their dreams of winning the biggest economic development coup in the state’s history would not be realized.

Several economic leaders in Atlanta and Georgia were interviewed about the city’s and state’s efforts to recruit GE. They were asked what we learned, how those lessons can help us when trying to get future prospects to come to Georgia, and what we could have done differently. 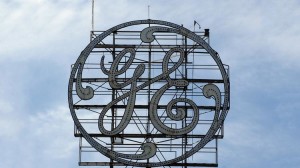 GE has not yet announced where it will locate its headquarters. Spokesman Seth Martin said a decision should be announced in the next few weeks. Until then, he said the company will not comment on the process or how GE views Georgia. But the feedback that local officials have received from GE is that it primarily came down to geography.

“I was told this from GE — Georgia’s strengths were many,” said Chris Carr, commissioner of the Georgia Department of Economic Development. “One thing we can’t change is that Atlanta is not closer to some of the assets that they have.”

Mayor Reed put it another way.

“At the end of the day, I think we really competed hard,” he said. “All of the feedback was very favorable about what they felt was our concerted effort. My feeling is that if GE had come South, it would be us. I’m very competitive, and I always like to win. But we really did compete.”

When GE acknowledged in early June that it was having problems with Connecticut’s proposed corporate taxes and it was considering relocating its headquarters out of Fairfield, Conn., Gov. Nathan Deal was the first governor in the nation to reach out to GE executives and welcome them to a “business-friendly” Georgia.

Dozens of communities also contacted GE, and Georgia was one of about 10 states to make a presentation to the company during the last week in July.

GE then narrowed that list to a half-dozen cities, including Atlanta, Chicago, Denver, Raleigh-Durham, Boston and New York. Different subgroups of the eight-member exploratory committee went on site visits to the various cities, and three of them came to Atlanta.

“The opportunity to have high-level executives from one of the world’s great companies come to your city and evaluate the quality of life is great no matter what,” Carr said. “I’m disappointed that we didn’t (get the headquarters) because we would have loved to have them. I’m also hopeful that where they are going to is going to lead to Atlanta, Ga.”

GE had let prospects know that the company was interested in transforming itself into an innovative manufacturing and software company, so Georgia focused its efforts on showing how Atlanta was becoming a center of innovation.

“If companies want to be transformative, they see a city that’s transforming. To get people to come to see our state and see it in person can be a game-changer,” Carr said. “It was a great representation of the city and the business community. It provided us the opportunity to show that Atlanta was the type of place where GE could see themselves being headquartered. That was a great moment. We accomplished our goals throughout the entire process.”

“Overall, I think we were very competitive and received very serious consideration,” Peterson wrote in an email. “The governor, a number of his staff, and others from various entities here in Georgia put a great deal of effort into the recruitment process, but in the end, as is often a case, all the planets must align just right to entice a company like GE to relocate.

“I am not sure exactly what was not quite right, but I do know that they were very impressed with what they saw here,” Peterson said. “It is my hope that their visit and the recruitment process will help to convince them to expand their Georgia presence, even if they did not decide to relocate their headquarters here.”

Several people mentioned that when it comes to recruiting companies, Atlanta and Georgia are in a special place in time on two fronts.

First, there is the close friendship that exists between Gov. Deal and Mayor Reed, who work together despite being from different political parties.

Also, the economic development agencies are working closer today than they ever have in recent memory.

“It was a great team effort,” said Craig Lesser, a former commissioner of the Georgia Department of Economic Development and CEO of Pendleton Consulting. “It was a great exercise that not only showed the community very well to one of the most important companies in the world. It was important for this community here to see that the business community and the political community came together in a very strong, non-partisan way to promote the state. We should not feel in any way that we as a team came up short.”

Moddelmog has made cooperating with other organizations a hallmark of her leadership at the Metro Atlanta Chamber. “Companies can sense the unity and how much we work together,” Moddelmog said. “Regardless of whether they chose us or not, this is GE. They will do nothing but grow and evolve. Who knows what piece of business will end up coming here.”

GE’s Martin said the company already has 5,500 employees in Georgia. “GE remains a vital part of Georgia’s economy,” Martin said in a brief telephone interview. “We have a big presence in the state, and Atlanta is still home to the Energy Management business.”

Moddelmog said she had an opportunity to introduce Russell Stokes, the new president and CEO of GE Energy Management, at a recent Chamber event with GE Vice Chairman John Rice.

“We are thrilled to have Russell Stokes coming to town,” she said. “We see that as a very good sign.”

When recruiting companies, Atlanta and Georgia also are promoting themselves differently. It’s no longer just about the low cost of labor or the lower cost of living here. It is about access to labor, especially millennials who gravitate to creative and innovative industries; and there’s more emphasis on transit and walkable communities.

When it comes to selling Atlanta as a headquarters location, the presence of Hartsfield-Jackson Atlanta International Airport continues to dominate the conversation.

“Because we did everything we could do, and we did it well, I don’t have any regrets,” Moddelmog said. “GE certainly realized Atlanta is a big metropolitan area. It was good for all of us to go through this experience. We will be better every time we go after any other company from now on.”