Atlanta ‘can do’ better to reduce poverty with more jobs opportunities

By Guest Columnist MIKE DOBBINS, professor of planning at Georgia Tech’s College of Architecture and a former commissioner of planning and community development for the City of Atlanta

Recent national studies have reminded us of Atlanta’s most pervasive, persistent and shameful problem — poverty.

The Gini Index exposes Atlanta’s income gap between rich and poor as among the most inequitable in the country.

The recent Harvard/Berkeley study  finds that Atlanta is dead last among American cities in offering our poorest citizens the chance to rise up economically.

Some 90,000 citizens, mostly African-American, live in the swath of poverty from Bankhead to Fort McPherson in six Neighborhood Planning Units where the annual median family income is at or below $30,000 (NPUs G, K, L, T, V, and S). 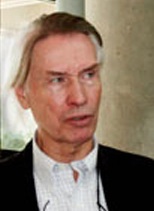 The city’s poverty rate has persisted in the 20 to 25 percent range for decades, mostly concentrated in these same NPUs, with little notice and little effort among the business and civic elites to improve the situation. At the root of these citizens’ deprivation is joblessness.

Atlanta prides itself as a “can-do” city. What if it steps up to take on social and economic inequity as its foremost mission? What if it acknowledges that the plight of its low wealth citizens is increasingly not a sustainable condition?

Doing something about it could propel the city into national leadership in overcoming the social and economic obstacles that plague all cities. Atlanta could advance from dead last to on the move.

As it happens, the opportunity is here.

The city has about $5 billion in development projects underway or in the works — all of which are public-private partnerships: public funding and public approvals are essential for their progress. They are happening in and around those six NPUs, and their timelines will stretch over the next several years. The opportunity is to leverage them for addressing the crying need for jobs and use public leverage as a human capital development tool instead of business-as-usual profit centers for investors.

The projects are well known:

The sponsors of these projects may give lip service to the idea that some of these huge commitments of public funds and approval power should benefit of Atlanta’s most neglected and ignored citizens and their neighborhoods.

Yet there is little to show, and all of the above ventures, private and public, resist putting any program in place that would bind them to any job training, generation, or employment targeting citizens where their projects are located. Some City Council members and private collaborators strenuously resisted including in enabling legislation CBA language advanced by social equity advocates for the BeltLine, Fort McPherson, and now the Falcons.

The CBA language inserted by an 8-7 vote at the last moment in the Falcons’ hotel-motel tax windfall legislation has been the source of ongoing dispute over whether the language for completing the city’s approval of bond sales should simply call for a plan – intentions – or whether there should be some language that binds all to measurable goals and performance.

A City Council appointed “CBA” committee has been meeting to try to resolve the question, yet it becomes increasingly clear that those deliberations are for show, with the mayor and council members who dominate its make-up are increasingly impatient and calling for getting the show on the road. Except for the cynical commitment of Tax Allocation District (TAD) funds already available to the neighborhoods, that show has no discernible provisions to address neighborhood employment or other needs.

Taking at face value the private and public sponsors’ oft-stated desires to make this project “transformative,” masters students in a Georgia Tech planning studio have inferred that the problem is more one of how to do it  than whether.

Accordingly, they have done research on how others with such intentions have addressed similar problems.  With broad input from neighborhood and business leaders, they have put together provisions that should be considered for inclusion in a series of binding agreements to implement the “transformational” goal.

Looking at the jobs component specifically, deemed the most important and actionable, they propose a purposeful and binding compact for hiring residents from the Vine City, English Avenue, Castleberry Hill, and Atlanta University Center neighborhoods, as well l as from the six NPUs.

Such a compact would establish a job development organization based on a shared commitment of all the public, private, community representatives, and job education and training institutions to meet percentage hiring requirements for both construction jobs and for small business development and procurement.

The organization would have to address issues around job preparedness.  To meet the goals, some of the jobs may have to be fitted to the people instead of the more normal fitting the people to the jobs.  Since the organization would include the employers, representatives of the prospective employees, and job training organizations, its success depends on a genuine and binding commitment to meet the job targets. Without that, the effort would devolve into yet another lip service façade, opportunity lost.

The students have modeled their concept on experience in other places, including the proven precedent established for the London 2012 Olympics. There, the six “Host Boroughs” where the Olympics took place, with levels of social, economic, and educational deprivation comparable to our six NPUs, were able to leverage their political clout to oblige commitments necessary for a smooth delivery of the Games to create what they called a “local job brokerage” organization. This group was inclusive and transparent, set goals exceeding 20 percent local hiring and local business procurement and the Olympic Development Authority met and even exceeded the goals.

As it happens, this experience has an Atlanta precedent: the Atlanta Committee for the Olympic Games (ACOG) in the construction for the 1996 Games, under effective community and labor pressure to hire from local neighborhoods, instituted a Community Employment Program that set goals, though modest, and substantially met them.

The students’ effort began with and continues to listen to community needs and priorities and includes many other provisions that should be in place that could mark Atlanta leadership’s willingness to turn the corner to doing something about our biggest problem and latest national revelations of its existence.

Atlanta could build a model that over some years could mark us as a city that listens, that cares, that’s willing to commit, and that realizes potential from thousands of people whose lives are otherwise wasted under the status quo.