The historic building at 2395 Peachtree Road that is home to Peachtree Battle Antiques & Interiors and formerly housed a book bindery and the bookstore Oxford Too is planned to be partly or wholly saved in a condo redevelopment. Credit: Georgia Trust for Historic Preservation
Share
Tweet
Share
Pin
Pocket
WhatsApp
Buffer3
Email
Reddit
3 Shares

The City of Atlanta abruptly canceled its July 8 zoning board hearings, forcing the deferral of over two dozen cases, due to an error in mailing legally required public notices to neighbors.

Among the affected projects was a high-profile Buckhead condo development that is attempting to preserve a historic book bindery building — a case that already had been deferred once because of a previous City error in sending out a notice. 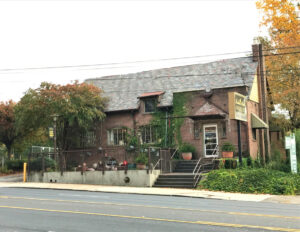 The historic building at 2395 Peachtree Road that is home to Peachtree Battle Antiques & Interiors and formerly housed a book bindery and the bookstore Oxford Too is planned to be partly or wholly saved in a condo redevelopment. Credit: Georgia Trust for Historic Preservation

The cancelations affected the Board of Zoning Adjustment and the Zoning Review Board, both of which deferred their entire slate of cases to Aug. 5.

The problem was a legal requirement for the City to mail postcards to every owner within 300 feet of the site of a rezoning application 14 days prior to the hearing. According to Paula Owens, a spokesperson for the Department of City Planning, staff sent the postcards for the cases on the July 8 agenda to a mailroom on June 23, but the cards were not mailed until June 25.

“The mailroom delayed postmarking and mailing the postcards,” Owens said. “Unfortunately, because of this delay, the Law Department has advised that the meetings must be canceled.”

The BZA holds pre-meeting “briefings,” or non-voting discussions, immediately before its regular meetings. One attendee of the July 8 virtual briefing said the cancelation of the regular meeting came as an abrupt surprise, as more than 100 people were online to discuss such cases as a controversial townhome development in Buckhead’s Garden Hills.

Also on the BZA agenda that day was the condo project that intends to preserve the Peachtree Battle Antiques & Interiors building, which formerly housed the National Library Bindery as well as the Oxford Too bookstore. For that project at 2395, 2425 and 2451 Peachtree Road, developer Kolter Group Acquisitions is seeking a variance to allow an increased building height.

The Atlanta Preservation Center and other advocates have been working with Kolter to preserve some or all of the historic building within the condo plan. At a June 10 BZA hearing, representatives from Kolter and the center said they had reached a preservation deal, though it was not yet signed.

However, in that June 10 hearing, the case ran into an objection from an attorney for Covenant Presbyterian Church, which sits right across the street from the redevelopment site. The attorney said the church never received formal or informal notice about the zoning variance request, despite being a direct neighbor, and had concerns about the “looming” building.

In response, Racquel Jackson, a city planner who serves as the BZA’s secretary, acknowledged the staff made a postcard notice mistake. She said she checked a spreadsheet showing where the postcards went “and the church was not included in that public notice.” She recommended deferring the case “to make sure that we properly notify all of the property owners within 300 feet of the subject property.”

Attorneys for the church and the developer agreed to a deferral to July 8 — the day of the latest postcard error.