Atlanta changes street name in Buckhead, this one for public safety 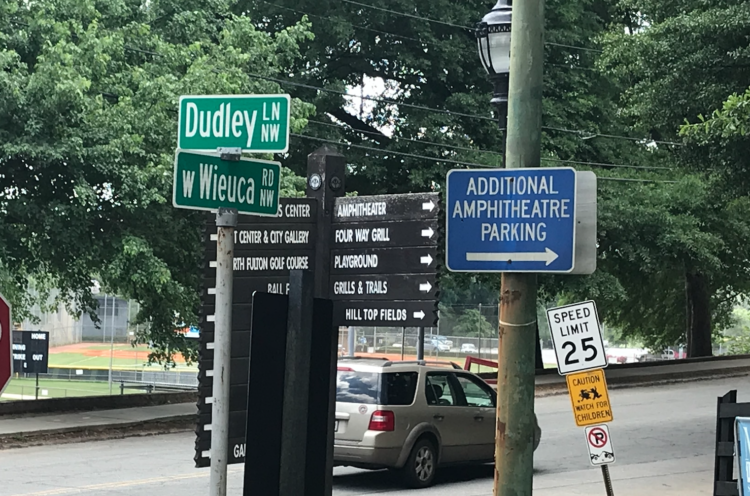 West Wieuca Road NW has been renamed Chastain Park Avenue to reduce confusion that stems from the multiple variations of the street's name as it meanders across North Buckhead. Credit: David Pendered

This was one street renaming that engendered almost no conversation – replacing the name Wieuca with the name Chastain along a section of road that runs through Chastain Park, located in North Buckhead. 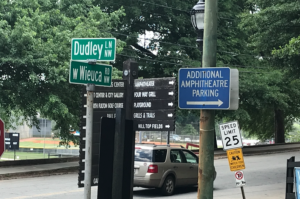 West Wieuca Road NW has been renamed Chastain Park Avenue to reduce confusion that stems from the multiple variations of the street’s name as it meanders across North Buckhead. Credit: David Pendered

Neither name seems to have garnered strong advocates. No one came to speak at a public hearing the Atlanta City Council convened on April 23. The council affirmed the renaming by unanimous vote at its May 6 meeting.

The motive to rename West Wieuca Road, NW to Chastain Park Avenue had nothing to do with heritage. Heritage has been an important factor in street renamings over the past decade.

This renaming had everything to do with public safety, according to Atlanta City Councilmember J.P. Matzigkeit, who sponsored the measure.

“Not only are citizens confused, but public safety vehicles are confused as well,” Matzigkeit said. “In an effort to increase public safety, the proposal is to change the name of that street.”

The reason to change the name seems obvious to those who struggle with it – including The Galloway School. West Wieuca Road changes its suffix from NE to NW at its intersection with a road that has no particular profile – Lake Forrest Road.

James Calleroz White, head of The Galloway School, wrote a letter in support of renaming the road the road that passes by the school from its current name, West Wieuca Road NW, to Chastain Park Drive:

This situation is different from the streets closer to Downtown Atlanta that change names as they cross an historic dividing line. One example of this phenomenon is Boulevard NE, as the street is named as the road passes Zoo Atlanta. Once it passes through Old Fourth Ward and crosses Ponce de Leon Avenue NE, the road becomes Monroe Drive NE. 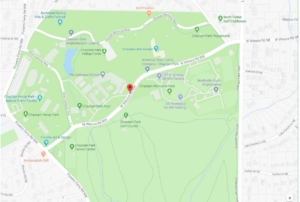 If there’s a reason West Wieuca changes from NE to NW at the Lake Forrest Drive intersection, it wasn’t discussed at the meetings. The names of both Wieuca and Chastain harken to an earlier time. The name Chastain is generally attributed to a former Fulton County commissioner, Troy Green Chastain, who advocated the development of the park. Wieuca is said to result from the names of daughters of a developer – WILMA, EUGENIA, and CATHERN — WI-EU-CA, according to an entry by longtime resident Atlanta Louis Mayeux on a webpage of the North Buckhead Civic Association.

Following Wieuca Road can be a confusing task as it winds across the Nancy Creek area:

“There’s a lot of confusion because of the Northeast and Northwest designation,” Matzigkeit said of West Wieuca Road at the April 23 meeting of the council’s Utilities Committee, which he chairs.

Previous Article
Sea turtles nest on Cumberland Island as environmentalists fight its development
Next Article
Why are communities most affected by research often the last ones involved?