The universe has a way of throwing cold water on you without you realizing you need it. For Atlanta City Councilman Lamar Willis, it was being denied life insurance.

“I’ve always been aware of my size, but I never felt like the weight hindered me from doing things that I wanted to do,” Willis said in an email. “I just believed that tenacity, skill, and determination were the tools that would allow you to do and achieve whatever goals or tasks were ahead of you. When I was denied life insurance due to my weight I realized that the same values that I place on my children, education and career need to be directed to my personal health.” 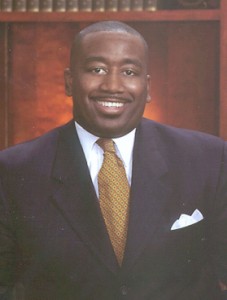 Many of the local television networks have covered his success story of losing 100 pounds since October 2011. The same tenacity he has put into building a successful law practice and a political career, he is now applying to his fitness regimen often doing “two-a-days” at his local L.A. Fitness.

The confidence gained from the weight loss has inspired him to launch a fitness initiative from his Post 3 At-Large Council office to encourage others to incorporate exercise into their everyday schedules. The “Celebrating 100 With 100” series kicks off at the first of the year with Willis leading or joining running groups throughout the city.

On the program, Willis remarked, “We are looking forward to partnering with running and walking groups across the city. I want to make it clear that this program is not just for running experts, but for everyone that is interested in exploring Atlanta on foot. I’m excited to have several of my colleagues on City Council to participate in runs in their respective districts, and Mayor [Kasim] Reed has agreed to participate in our inaugural run in January.”

When asked how the weight loss has changed him, Willis said he wants to share what he has learned with others. 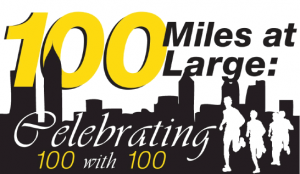 “My weight loss has taught me that it is not only important to put yourself in a position to care for others, but that I have to make my health a priority,” Willis said. “The process of becoming a healthier person has also taught me to enjoy the day-to-day victories and to not allow myself to become discouraged by the occasional setback. There will always be great days at the gym as well as slip ups at meal times. The key is to continue to press toward the ultimate goal of living an active healthy lifestyle.”

Those interested in participating in an upcoming run should call or email Councilman Willis’ office at (404) 330-6041 or hlwillis@atlantaga.gov. The locations for upcoming runs will be announced via his Facebook (Councilman H. Lamar Willis) and Twitter (@HLWillisPost3) accounts.