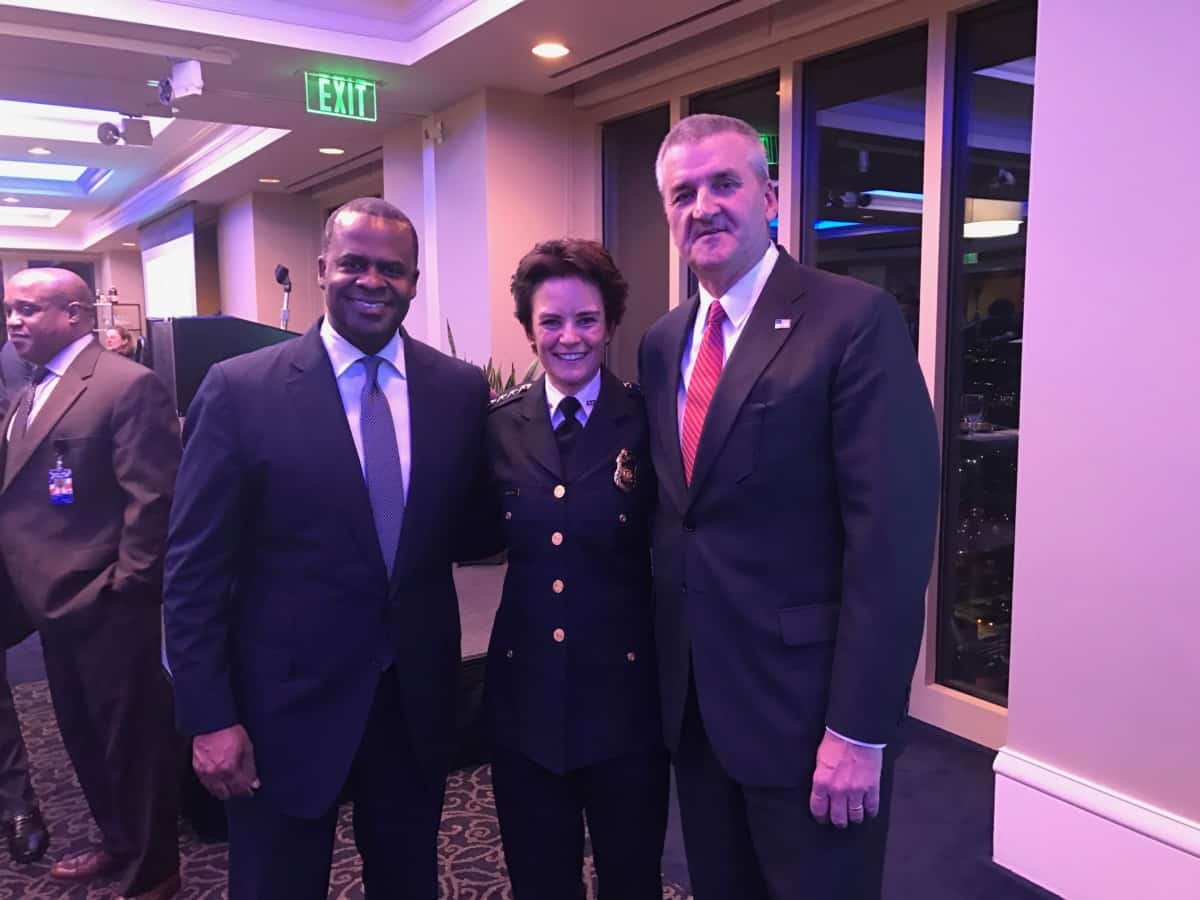 Atlanta’s new police chief – Erika Shields – was welcomed by the city’s business and civic leaders on Tuesday evening at the Commerce Club.

The reception, hosted by the Atlanta Committee for Progress and the Atlanta Police Foundation, drew nearly 300 people who witnessed a re-enactment of the swearing-in of the new police chief.

Shields succeeds Atlanta Police Chief George Turner, who retired at the end of the year. 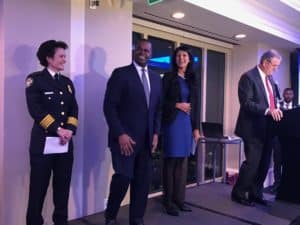 Atlanta Mayor Kasim Reed described how Shields had been promoted through the ranks on the police department, most recently as the deputy police chief. Her promotion was part of the mayor’s commitment to train and hire from within.

“All the finalists for the post came from within,” said Reed, upon congratulating Shields. Then he borrowed a phrase made famous by Shirley Franklin – his predecessor. “She will make us all proud.”

David Wilkinson, president and CEO of the Atlanta Police Foundation, talked about the close relationship between the business community and the police force, one that he pledged would continue with Police Chief Shields.

The reception was covered by a large number of journalists, including six television cameras. 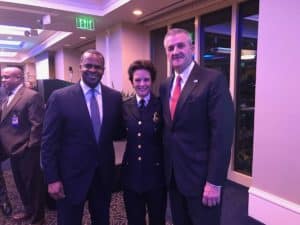 “Mayor Reed could not have made a better choice,” said Duriya Farooqui, executive director of the Atlanta Committee for Progress. “She will become the second woman to serve as Atlanta’s police chief.”

When Shields took the podium, she said she was truly humbled to be given the opportunity to lead. She then introduced a couple of dozen top members of her staff – reciting their names and their positions.

While the department faces multiple challenges – despite a significant decrease in crime, Shields pledged to continue leading “a progressive and forward thinking department.”