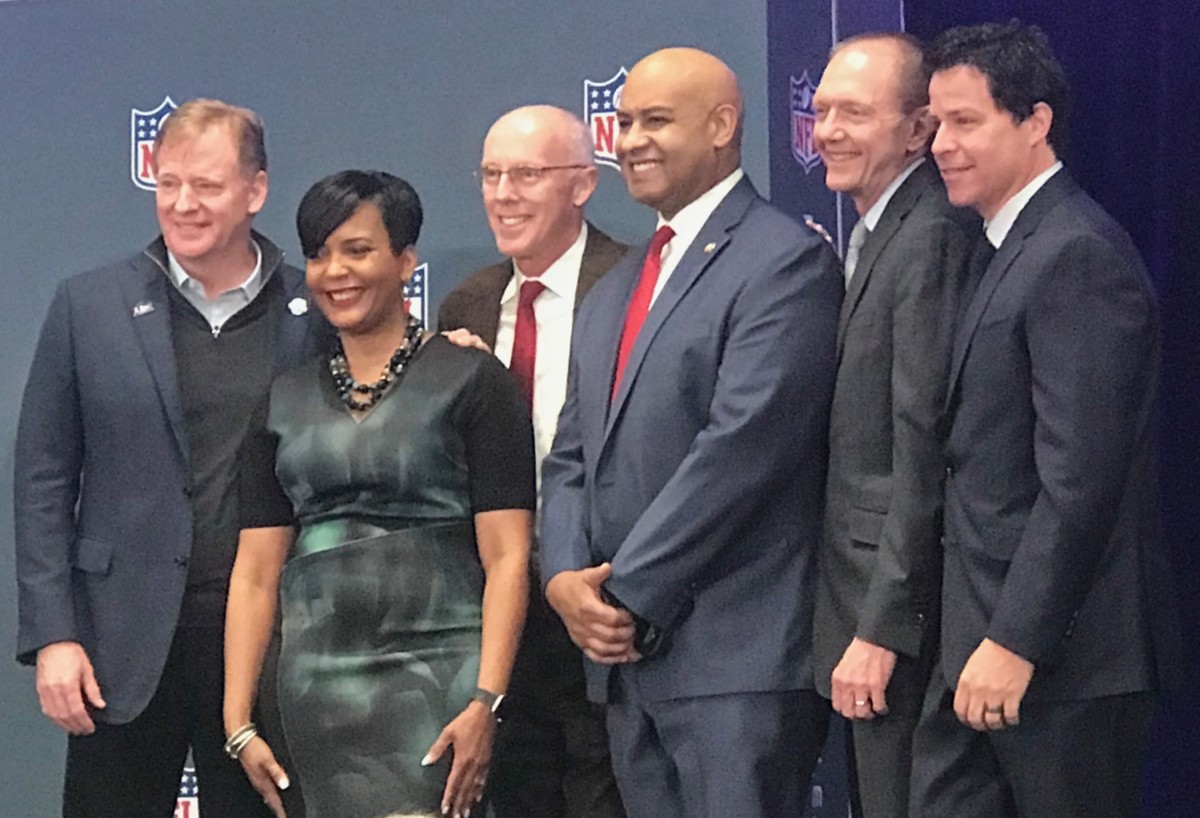 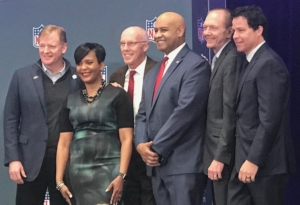 Goodell thanked Atlanta Mayor Keisha Lance Bottoms for coming in while the preparations were already in progress, but she “took the ball and ran with it.”

Atlanta leaders were basking in the glow of successfully hosting the Super Bowl – a 10-day extravaganza where everything seemed to flow relatively well without major incidents.

Mayor Bottoms, however, did admit she was happy the Super Bowl was over – most likely exhausted from the non-stop schedule of events.

Most of the praise for Atlanta came from leaders who will be hosting the next Super Bowl in Miami.

“I want to congratulate Atlanta for a great job,” said Rodney Barreto, chairman of the Miami Super Bowl Host Committee, who added the city excelled with its hospitality.

Miami-Dade County Mayor Carlos Gimenez boasted that a year from now, his city will have hosted 11 Super Bowls – more than any other community. 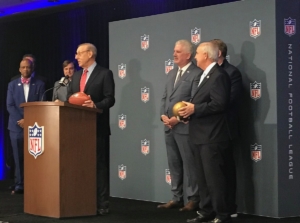 Miami Dolphins owner Stephen Ross is handed over the symbolic football that signifies that Miami will host next year’s Super Bowl.

“I want to congratulate the City of Atlanta and Mayor Bottoms,” Gimenez said. “You have set the bar really high. We hope to reach that in Miami and hopefully have another great Super Bowl in our city.”

“It’s the responsibility of the owner to bring a city together,” Ross said. “Arthur Blank did a great job.”

Dan Corso, chairman of the Atlanta Super Bowl Host Committee, was asked if he was relieved the Big Game was over and that everything had gone well.

Representing the Atlanta Falcons was Rich McKay, the team’s president and CEO.

McKay said the Super Bowl reaffirmed the significance of team’s decision to build the new Mercedes-Benz Stadium “in the heart of the city,” a place that’s convenient for transit and one that lends itself to a more walkable sports and entertainment campus.

“We had tremendous weather,” said McKay, who credited the Host Committee for its work. “It’s been very impressive. They know how to put on an event.”

Then McKay added what likely will be a common refrain going forward.

“We are happy to have you in Atlanta,” McKay said. “We hope to see you back.” 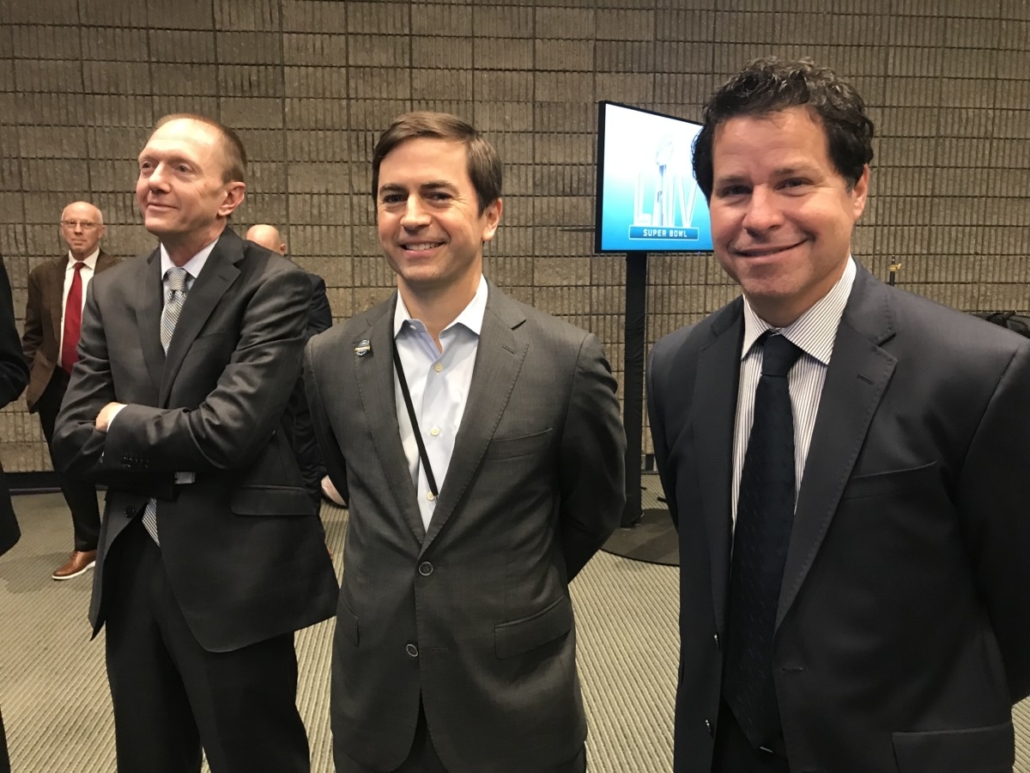